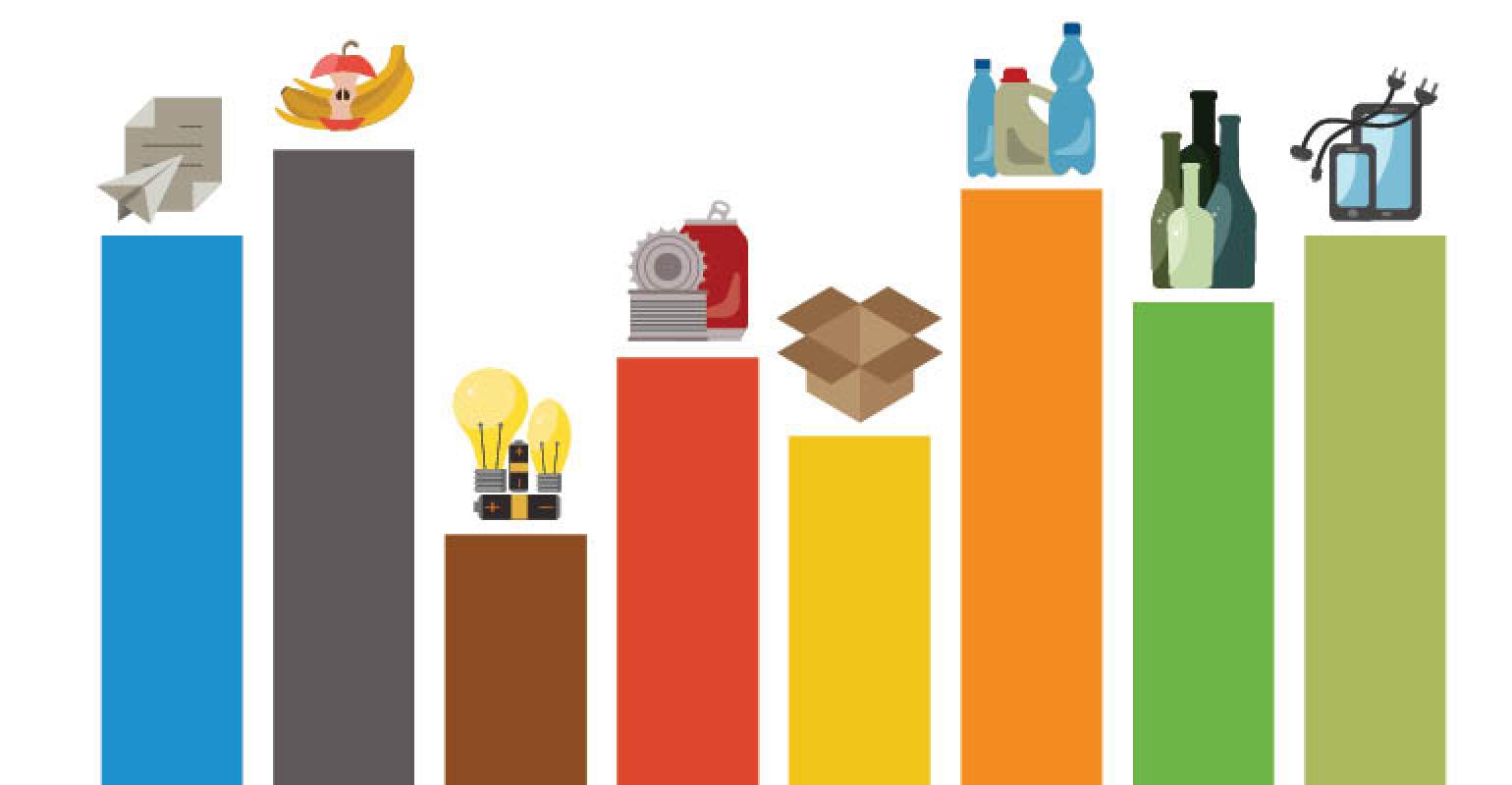 Exclusive Research: Digging Into Price and Volume Trends Across the Solid Waste Sector

The second survey allows us to compare the baseline data captured in 2016 covering collection, recycling, disposal and capital spending.

Our “Own a Garbage Stock” thesis comes as no surprise to anyone following our research. Solid waste should be a core holding and investors should trade around the position: overweighting when going defensive; underweight when deep cyclicals and financials are in favor and otherwise market weight the solid waste sector.

Solid waste stock performance over the past two years has been very good, Figure 1 and with that has been strong multiple expansion, Figure 2. We do not believe solid waste fundamentals have peaked supported by total housing starts improving but still below a sustainable average of 1.4 million to 1.5 million starts.

In 2016 we conducted the first survey to establish a baseline of data to provide insight on the trends underlying the solid waste industry. We have repeated that survey early in 2017 to revisit the same questions to allow for a comparison and trend line analysis. Like the first survey this one was sent electronically and was conducted in conjunction with Waste360.com from its digital database and attendees at WasteExpo.

Comparing the 2017 data with the 2016 data the pool of respondents are very similar with the mix of collection and disposal or fleet composition nearly identical. In collection the mix is split 40 percent to 45 percent commercial, 40 percent to 45 percent residential and 20 percent roll-off. Overall solid waste operations are split 69 percent collection, 11 percent landfill, 10 percent recycling and 10 percent other. The fleet mix is nearly identical with FEL ~50 percent, ASL 36 percent and rear-loader 51 percent. A notable change has more operators offering recycling on the same collection route 35 percent versus 25 percent of the respondents in 2017 versus 2016. However the recycling processing mix is still more manual than automated.

On pricing the 2017 results show residential average pricing has shifted higher. However, collectors have not adjusted the incremental rate charged for recycling collection and more collectors, 51 percent compared to 42 percent in 2016, are not covering the cost of recycling collection. There is clear evidence FEL price/yard has increased in 2017 with 31 percent versus 21 percent of respondents in a range of $3.50 to $4.99 per yard for both existing and new customers and 53 percent of respondents versus 42 percent raised FEL prices in the past six months. In temporary roll-off 41 percent versus 38 percent of respondents increased price.

Volume trends have remained positive but there is a clear sign of a leveling off of the trend in roll-off whether C&D or special waste. While MSW trends are on the rise as more landfill volume was sourced from internal collection in the 2017 survey versus 2016 which is more concentrated on residential and commercial collection.

The 2017 results on their own show a bias to improving trends across the industry. Compared to 2016 the trends have shifted favorably on price and the underlying volume outlook while maturing remains positive and the mix is toward more MSW. This pattern is consistent with a slow but steady recovery in housing and non-residential construction and the corresponding consumer response. The behavior of the industry has been more disciplined with operators adding growth capital rationally and that is helping support better pricing trends in collection.

A mix shift to more commercial collection as a percent of sales is a clear indication of positive consumer behavior in the past year and the impact to weight per yard in the can, Figure 4. Following the direction and mix of pricing in residential and commercial collection is further evidence of improving business fundamentals.

Residential pricing trends per household have improved as well with 45 percent of respondents increasing price compared to only 30 percent in 2016, Figure 6. In addition the average rate per household has shifted with more over $12/household, 73 percent versus 68 percent and even more narrowly the $12 to $20 range the mix has shifted with 47 percent at this level in 2017 compared to 35 percent in 2016.

In the 2017 survey the average price mix in existing commercial collection has shifted with 51 percent over $3.50/yard compared to only 47 percent over $3.50/yard in 2016, Figure 8. The average rate of increase has shifted as well with only 41 percent reporting no increase compared to 51 percent in 2016 and 34 percent versus 27 percent increased price greater than inflation. Just as important the price/yard of new commercial service has improved as well. Volume trends coupled with commercial business mix as a percent of sales support service interval increases with 14 percent posting 2.5 percent or better volume increase compared to only 10 percent in 2016, Figure 11.

A clear sign of favorable business fundamental is the direction and rate in change of price. The more demand the better the conditions to raise price. Both permanent and temporary roll-off activity supported better price trends in the 2017 survey compared to 2016, Figures 12 and 13. The data on roll-off pulls in the temporary market (C&D and Special Waste) suggests the trend remains positive but is beginning to mature with 43 percent versus 48 percent of respondents posting an increase, Figure 14.

Whether a solid waste operator, resident or politician all want or are willing to support recycling. However, the data suggests the fundamentals remain poor and have even deteriorated. Processing cost per ton have gone up in the last survey not down with 36 percent over $60/ton compared to 32 percent in 2016, Figure 15; as capacity utilization declined with over 50 percent at less than 80 percent utilization, Figure 16 and residuals increased with 60 percent at 10 percent or more residuals compared to 48 percent in 2016, Figure 17.

The municipal markets appear to have picked up spending as the mix of rear-loaders in the capital spending data increased. Isolating the rear-loader data shows roll-off is strong but automated side-loader spending dipped while front end loader spending is unchanged within the overall mix which would be consistent with gradual weight/yard growth driving service interval upselling, Figure 19. Landfill cell development cost has shifted down from over $300,000 per acre to less, Figure 20.

The first survey in 2016 provided clear evidence of improving fundamentals in solid waste and the fundamental and stock price performance of the group validated that outlook. The 2017 Waste360/Stifel survey reaffirms that perspective and shows evidence of the impact of more volume on pricing and capital spending.

The public company solid waste group begins its 4Q16 earnings and FY17 guidance cycle soon. The survey results support both a good finish to FY16 and a continuation of improving industry fundamentals. We believe price and volume trends in FY17 should remain better than 2 percent price and 1 percent to 2 percent volume with an economic back drop of about 2 percent GDP and 1.5 percent to 2.0 percent headline CPI.

Spending remains prudent, this further supports price leverage, as operators are not dumping incremental capacity into the collection markets. We would describe the solid waste industry collection markets at virtually full capacity and caution that while there is a shift to more growth capital it will be added selectively with clear eye on productivity not just a capacity increase.