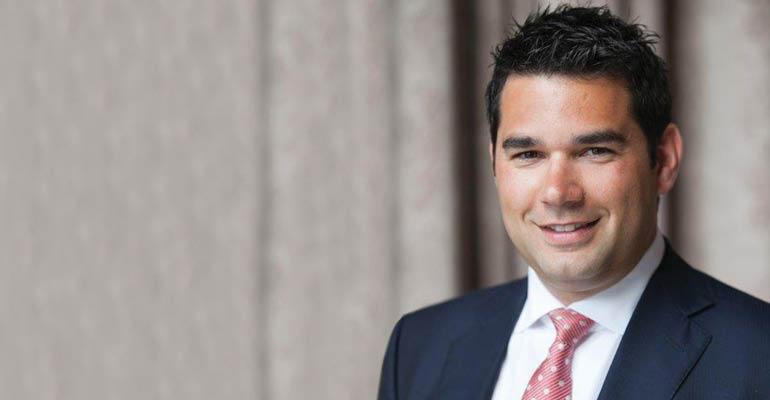 Toronto-based GFL Environmental is making strides in the waste and recycling industry. In addition to growing via acquisitions and entering new markets in the U.S. and Canada, the company relaunched its initial public offering (IPO) on February 25 and raised roughly $1.4 billion in its IPO on March 2.

GFL priced its IPO at $19 per share, compared to the target range of $20 to $21 per share, in an effort to ride out market volatility in the wake of the coronavirus outbreak. While market volatility is certainly a challenge, GFL CEO Patrick Dovigi says the relaunch is “a testament to the business and to [its] investors.”

In November 2019, GFL had sought to raise as much as $2.1 billion at the top end of the marketed range of $20 to $24 a share. But the banks running the share sale at the time had support for the offering at about $18 a share. That didn’t sit well with GFL shareholders, so the company determined that the proposed offering in the IPO did not represent fair value for the company and elected to revisit public markets at a later date, postponing its IPO.

In December 2019 and January 2020, GFL leaders spent time with shareholders, offering a better understanding of the business and sparking investment interest. That time well spent gave GFL the confidence it needed to relaunch the IPO early in 2020, according to Dovigi.

The shares began trading on the New York Stock Exchange and the Toronto Stock Exchange this week under the symbol GFL, and on March 4, GFL announced that its previously announced IPO of 75,000,000 subordinate voting shares and concurrent offering of 15,500,000 of its 6 percent tangible equity units are expected to close on March 5, subject to the satisfaction of customary closing conditions.

Each unit will consist of a prepaid stock purchase contract and a senior amortizing note due March 15, 2023. Unless earlier settled, each stock purchase contract will automatically settle on March 15, 2023, (subject to postponement in limited circumstances) for between 2.1930 and 2.6316 subordinate voting shares per purchase contract, subject to adjustment, based on the applicable market value of the subordinate voting shares, as described in the prospectuses relating to the unit offering. On each March 15, June 15, September 15 and December 15, commencing on June 15, 2020, GFL will pay equal quarterly cash installments of US$0.75 per amortizing note (except for the June 15, 2020, installment payment, which will be US$0.8333 per amortizing note), which will constitute a payment of interest and a partial repayment of principal, and which cash payment in the aggregate per year will be equivalent to 6 percent per year with respect to each US$50 stated amount of units. Each amortizing note will have an initial principal amount of US$8.5143 (or C$11.3521) and bear interest at a rate of 4 percent per year. The amortizing notes will be unsecured senior obligations of GFL.

We recently sat down with Dovigi to discuss the relaunch of the IPO, what the transaction means for the overall market and what it will mean for GFL's future growth plan.

Waste360: What does this IPO mean for the overall market?

Patrick Dovigi: I don’t think it’s going to change much. We’ve been a fairly large player and have become the fourth-largest player in the states over the last 13 years.

From our perspective, it’s just giving us additional flexibility under our existing capital structure to be able to drive further growth. In terms of day-to-day business in the overall market, I don’t think people will notice a difference whether we were public or private.

Waste360: What sparked the relaunch of this IPO? Why now amid the coronavirus market volatility?

Patrick Dovigi: Hindsight is 20/20. The reality is we had to postpone the IPO because we had a lot of reverse inquiry from investors in Canada and the U.S. We spent time with them over the months of December and January to help them better understand the business and to spark an interest in becoming an investor in GFL, and that really helped us find the confidence to actually launch the IPO.

If I knew what I knew today, I definitely would not have launched the IPO last week, but it’s a testament to the business and to our investors that we stuck with it through the market volatility. I think we would have maybe launched a week earlier or later, but at the end of the day, we picked a window that was suboptimal, and the transaction got done. We are now a public company, and I’m ever thankful for the institutional shareholder base that supported us during the most volatile market since 2008.

Waste360: The IPO is priced at $19 per share, which is lower than the targeted range of $20 to $21 per share and slightly higher than the $18 per share that was previously problematic for shareholders. What are shareholders saying now?

Patrick Dovigi: We were relatively comfortable with the transaction and the market was fairly stable, so $20 was certainly achievable. But at the end of the day, this is a group of shareholders we’re going to be living with for the next 10 to 15 years, and we felt it was prudent to offer up a dollar for them to give them a token of appreciation given the extreme volatility of the market.

We also weren’t selling any stock as part of this [transaction], and we still raised the same amount of proceeds between the two buckets.

Waste360: What are you hoping to achieve from this IPO?

Patrick Dovigi: From a business standpoint, if you look at the analysts’ models that are out there, we just want to continue growing the business in the same disciplined fashion that we have been in Canada and the U.S. We also want to diversify our service offerings throughout our existing footprint in the U.S. and Canada.

That’s what you’ll see from us. I don’t think we will change the way we run the business—we’ll just be with a different shareholder base over time.

Waste360: GFL has recently grown quite a bit through acquisitions. What will this IPO mean for GFL’s future growth?

Patrick Dovigi: We’ll continue running the business the same way we have been for many years. Historically, if we needed equity for acquisitions, we would just go to our private equity shareholders. Today, we have a new group of investors who will have to gain our trust over the years to come and support us throughout our [growth] plan.