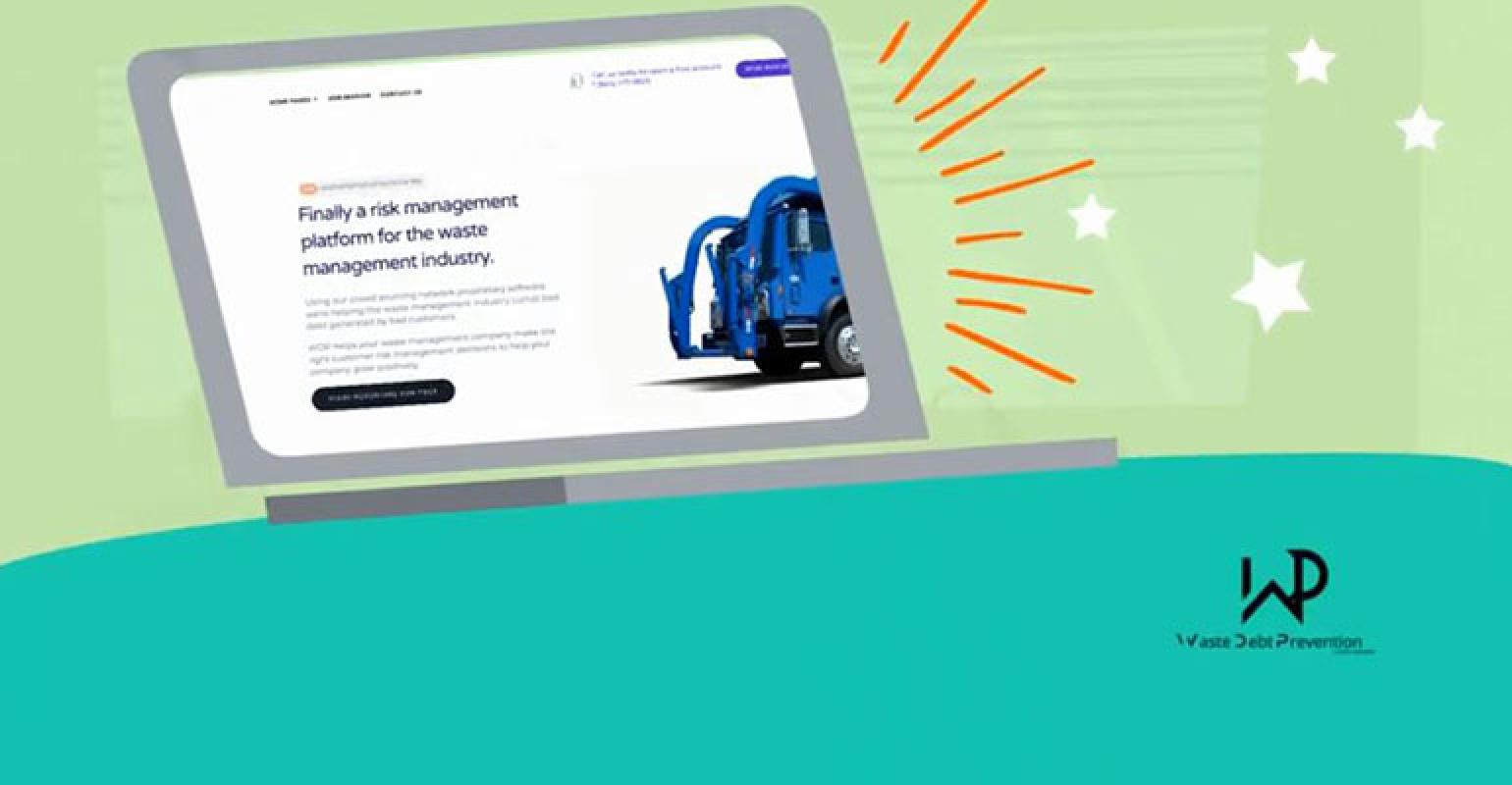 According to Robert W. Rodriguez, chief legal officer for Waste Debt Prevention, there are more than 15,000 haulers in the U.S. The usual bad debt carried by each hauler is about $60,000, equaling a $1.2 billion problem.

“Information and knowledge are the enemy of fear and fraud. In our case, proprietary data-based analytics allow us to ferret out for our customers who are end users that ‘burn’ haulers over and over again with contract breaches and/or account defaults,” he says. “It is very rare to have a CEO that has his boots on the ground and also identifies a severe gap in the industry and is then able to turn around and fix it with astonishing results for bottom lines of a waste hauler.”

Lawson Environmental, a waste and recycling hauler based in Medley, Fla., has had some success utilizing the platform.

“I have been very pleased with implementing the system and extremely happy with the results,” says John Lawson, owner and operator of Lawson Environmental. “We have had over a 25 percent deduction in bad debt since implementing the Waste Debt Reduction system. I estimate that as time goes on, that number will exceed 33 percent.”

Lawson utilizes the system not only to avoid certain high-risk customers, but the company has adapted it to collect a deposit or adjust its rates to compensate for that additional risk.

“These reasons are why I project our bad debt percentage to continue to fall. Also, as other haulers come on board with the system, it will create even more data and information for us to review,” says Lawson. “Potential and existing customers in our market will eventually realize there is a vehicle by which their contractual payment obligations can be reported.”

Rodriguez says the problem has existed in this industry for so long because there is so much that can be done with old technologies before you need to start looking at others as a step forward.

“The incorporation of data analytics and a web-based platform (with an application on the way) is what catapults that necessary leap forward for what our CEO sees as an easily eliminated issue in the industry,” he says. “We believe that the space in the waste industry is prime for application of our technologies in reducing this number significantly to 20 percent or less. The waste industry is the only industry that has not united like others (banking, retail) to solve the bad debt crisis carried in books from year to year. Our web-based platform addresses and eliminates this problem and even frees up departmental resources within collection divisions to repurpose to other divisions within a waste hauling business.”

The emergence of data and analytics within the waste industry can help eliminate the problem.

“Waste haulers have been used to accepting certain truths in their businesses. Our platform eliminates that way of thinking by implementing user-friendly technology that allows haulers—big and small—to not get burned anymore by end users gaming the system's lack of data,” says Rodriguez. “Haulers should be concentrating on new ways to generate income without having to worry about dedicating resources to scofflaws who take advantage of the deficiency and hole in accountability that our system now fills.”

“Numbers don't lie. With implementation of our system, the waste hauling industry unites (just like banks did with ChexSystems) their data anonymously to the other haulers to identify and ferret out the same bad apples that use their services,” says Rodriguez. “When you shine a light on who these people and businesses are, you simply do not fall victim to their ways of leaving you left holding the hot potato in their game.”

The time and effort to pursue bad payers, particularly smaller accounts, is not worth the effort, according to Lawson.

“Therefore, eliminating those potential customers or … taking actions to minimize the risk of those types of customers has proven beneficial to a sizable problem in our South Florida market,” he says.