The 2017 Outlook for Solid Waste Drivers and Companies 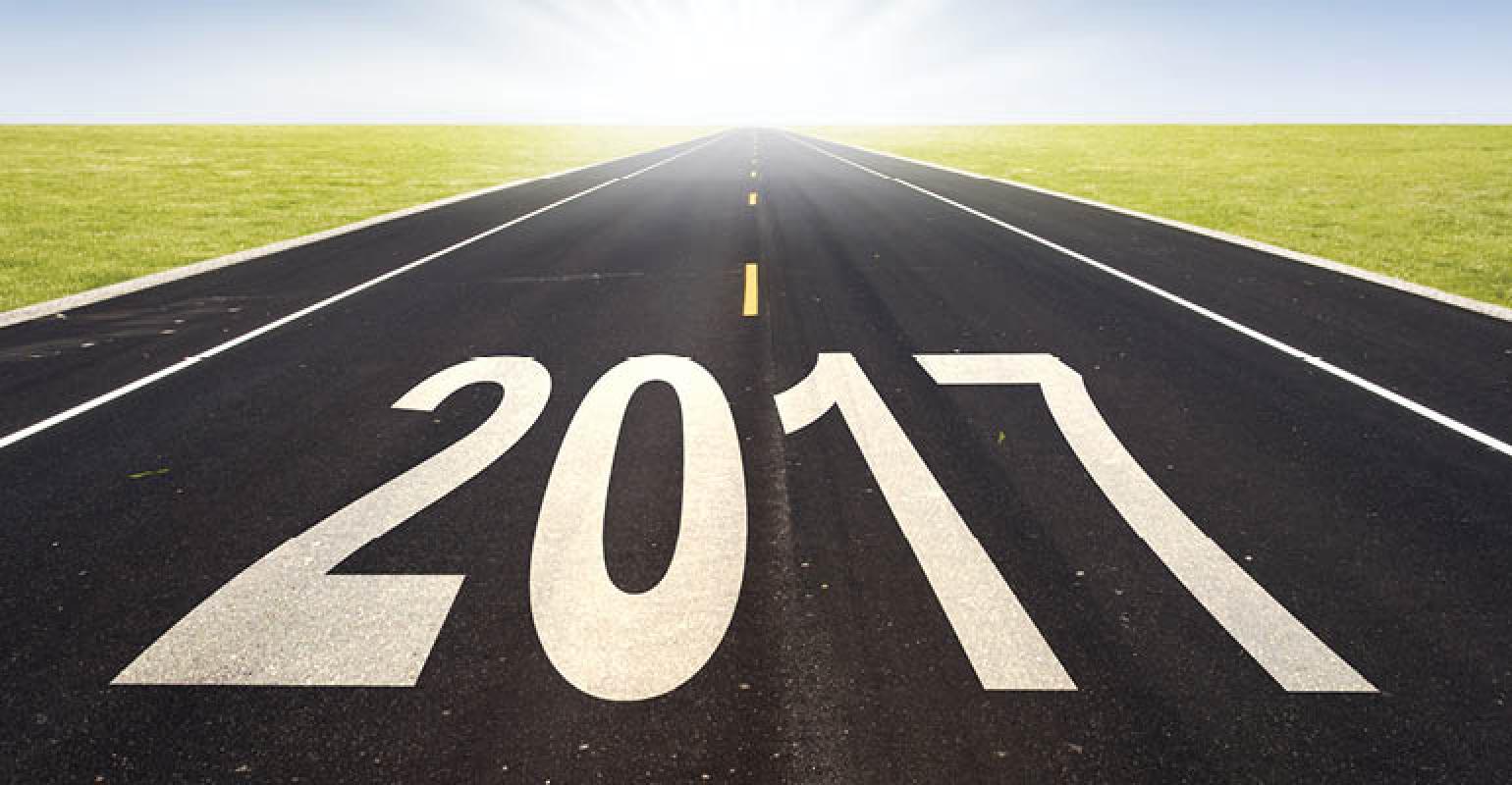 We continue our tradition of sharing our thoughts on the outlook for the key industry drivers of the solid waste industry.

Waste Management (WM) and Republic Services (RSG) are expected to stick to their prior yield goals of around 2 percent. The core pricing target at Waste Connections (WCN) is likely to remain in a similar 2.5 percent to 3 percent range, with standalone WCN expectations of 2.5 percent possibly buoyed in the second half by its intent to raise pricing on its acquired Progressive Waste (BIN) assets. After a surge in improved pricing at both Advanced Disposal (ADSI) and Casella Waste (CWST), they are likely to consolidate and sustain their pricing at around 2+ percent. The companies’ efforts are being supported by a more inflationary environment, as the consumer price index (CPI) finally topped 2 percent in December, which should aid CPI-linked price contracts in 2017, albeit with a lag. Additionally, private haulers appear to be raising prices more consistently, with some notable increases like Rumpke’s 50 percent proposed rate increase in Columbus, Ohio.

Although 2017 expected growth rates in volume may moderate a bit from 2016 levels, absolute volume growth is expected to be sustained, with both residential and non-residential construction activity underpinning continued roll off and landfill volumes. Within an estimated underlying 1 percent to 2 percent industry volume growth environment, WM could potentially forecast volume growth around the midpoint of the industry range (after its first positive volume year in 2016 in quite a while), while

RSG is more likely to maintain its forecast at the lower end, or 1 percent. On a standalone basis, we believe WCN is also likely to target volume growth in the range of 1 percent-1.5 percent, though it will be muddied and could trend downwards in the second half as the BIN acquisition anniversaries and WCN continues to cull less profitable BIN volumes, as well as divest some of BIN’s assets, which is expected to begin early this year. Both CWST and ADSI had negative volume growth in 2016 for company-specific reasons, which should turn positive again in the course of 2017.

The consistent message is likely to be that underlying fundamentals for volume growth remain at least sustained, if not robust, and any lower volume growth figures are due to tougher comparisons, particularly on the landfill side. One note of caution, however. Last year’s first quarter enjoyed a spike in volume growth, which then smoothed out and subsided in the second quarter, as last year benefitted from a very mild winter, particularly in comparison to the prior year. Conversely, this year will start out with a very tough comparison, given a more normal winter.

Recycled Commodity and Fuel Prices Have Recovered, with Offsetting Impacts on Margins

Although the makeup of the recycled commodity stream has changed, with relatively more plastic and less paper, at this point in time paper remains dominant and old corrugated cardboard (OCC) pricing the easiest proxy to track for recycled commodity pricing. That said, the recent increase in oil and natural gas prices foreshadows better recycled plastics prices (which indeed have begun to move up), reinforcing the upward bias in OCC pricing.

According to RISI data, the January 2017 Yellow Sheet average for OCC was roughly $114 per ton, which is about a 24 percent increase from the full year 2016 average of about $92 per ton. However, this benefit is heavily skewed toward the first half, with OCC prices up about 44 percent and 35 percent in the first and second quarters, respectively, before moderating to low double-digit gains in the second half. Diesel is also up, but less dramatically. The January 2017 diesel fuel price from the Energy Information Administration is up 12 percent from the 2016 full year average, also with the most dramatic increase in the first quarter, as fuel would be up around 25 percent (if current prices hold), before tapering off to low double-digit growth in the second quarter.

Traditionally, the benefit from the recycled commodity price hike would more than offset the negative margin drag from the fuel increase, and that’s still most likely the case. But, it should be noted that the efforts all the publicly-traded solid waste companies have made to renegotiate recycling contracts have likely mitigated to some extent the upside benefit from a rise in recycled commodity prices, just as they were designed protect on the downside, much the same way fuel surcharges  dampened the impact from diesel’s volatility.

That said, the bias to margins, all in, should be up if current recycled commodity prices hold, particularly when combined with company price forecasts (bolstered by higher CPI) at or above the companies’ general cost inflation of 2 percent. Incrementally, all the companies, but most likely RSG and WM, are also going to highlight a renewed (or strengthened) technology focus, the purpose of which is to enhance revenues but also reduce costs. WCN, in particular, should also get a margin boost from the expected improvement in E&P waste (U.S. shale drillers’ budgets are forecast to be up 60 percent on average), given the high incremental margin on that business—which can be in excess of 60 percent!

Based on all the aforementioned positives, it is unsurprising that consensus estimates for 2017 earnings are up across the board. The outlook for RSG and WM indicates earnings growth in the mid-to-high single digits. WCN, ADSI and CWST are expected to demonstrate higher bottom line growth, given specific company circumstances—the benefits of the BIN merger in the case of WCN, and deleveraging  and refinancing actions in the case of ADSI and CWST.

Free cash flow is expected to be commensurately higher as a result, with RSG already providing a preliminary outlook of up to $900 million, up mid-single digits, and WCN estimating over $700 million, an increase of over 20 percent. After several years of a mixed or restrained outlook for capital expenditures, the bias looks up in 2017 as all the companies continue to enjoy increased volumes.

M&A Activity Continues to Percolate, But There are New Kids on the Block Too

WCN management remains very bullish on a continued robust merger and acquisition environment in 2017 (punctuated by its early January purchase of Groot Industries), in part driven by the prospect of tax law changes, while RSG and WM are more likely to forecast typical tuck-in acquisition activity. WCN still anticipates divesting 15 percent to 20 percent of the acquired BIN assets, estimated at around $200+ million, which should provide incremental opportunities for other players as well.

Given still elevated leverage levels, ADSI and CWST are also likely to reiterate a plan of generally smaller, select tuck-in acquisitions. In a reversal of the last several years’ trend of consolidation, the industry has new public market entries. Besides ADSI, a Missouri hauler run by Jeff Cosman, Meridian Waste Solutions, just went public. Self-styled industry disruptor Rubicon Global recently finished another round of private funding led by Suez, giving the Paris-based company a foothold back into the U.S. market.

Legislative and Regulatory Environment In Flux, but Likely Without Major Impact on Solid Waste

As noted in last month’s Business Insights, the best guess is that the new administration’s announced plans on tax law changes and infrastructure spending are likely to benefit the solid waste industry more than the feared assault on the EPA will hurt it, given long-standing regulation and the apparent lack of knowledge and/or interest in solid waste issues on the part of the incoming EPA administrator Scott Pruitt.

But, at the local level, interest in organics diversion continues to grow, with both Milwaukee and New York City adding or expanding new programs recently, while New York State is considering a commercial organics law.