It wasn’t until Tracy Bugh started researching recycling guidelines in Los Angeles to create a PSA that she learned she should be tossing her Starbucks cup in the trash, not the blue bin. She also learned that same holder for designer Joe is compostable in Santa Monica and recyclable in West Hollywood.

This highly caffeinated illustration is an example of why Bugh, an advertising professional of 20 years, quickly realized a simple PSA wasn’t going to cut it. 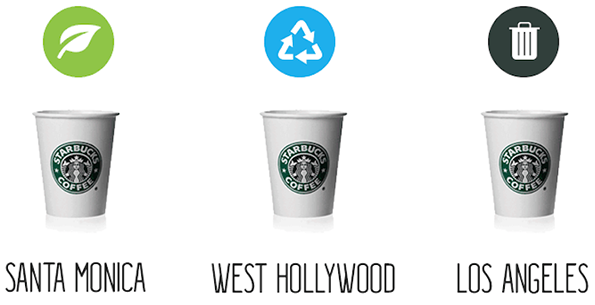 “The more research I did, I realized how different the rules really are from city to city and just the number of (web) pages that were kind of expected of citizens to go through to get a real understanding of programs on city (web) sites,” she says. “I wanted a way to remove all that friction for the average person like me.”

Bugh doubled down with her savings and expertise in simplifying concepts for the general public to bootstrap Recycle by City, a website that she hopes to build into a national clearinghouse for local recycling information.

“Even as green as we all think we are here (on the West Coast), there's still a ton of questions over recycling that just came up in everyday life…I was doing a ton of stuff wrong,” says the former creative director for entertainment brands for Fox Sports and Directv. She wanted to take what she had learned over the past two decades and “apply it toward something other than encouraging people to sit on the couch and watch TV.”

Along with a small team based in L.A., Bugh launched Recycle by City in June 2014 with a handful of test sites—Austin, Houston, Santa Monica, West Hollywood and Los Angeles. In February 2015, Philadelphia signed on as the first city. 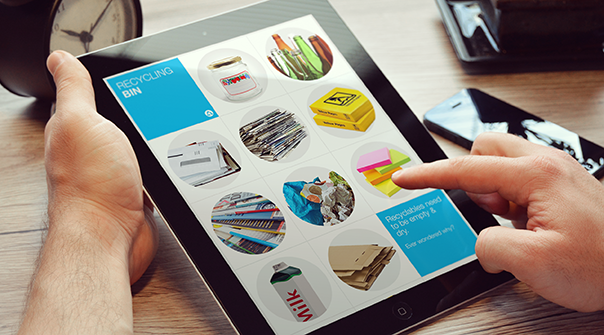 From a main site, user click on the respective city to find a visual guide of what’s recyclable, compostable and trash in each municipality. Bugh’s team uses social media, especially Facebook, to create custom content, send targeted messages and educate residents about the recycling process including products that commonly contaminate the stream, how materials need to be separated and the costs associated with separating materials. They also explain why certain products such as a potato chip bag aren’t able to be recycled.

“We also want to dispel myths,” she says. “People don't look up things that they hold to be true. Like in the case of the coffee cup—I'm not going to take the time to look up to confirm what I already think is OK to recycle.”

Each city also receives its own custom quiz that can be tailored to a particular issue or educational focus. “When a person finishes a quiz, they can see their score and how well they did compared to the rest of the city,” Bugh says. “Philadelphia, for instance, is our most educated public as far as the quiz results go.”

Phil Bresee, recycling director at the City of Philadelphia, says Recycle by City’s appealing graphics and interface are complementary to the current outreach and education efforts happening through the city website and via partner organizations.

Recycle by City “provides more of a deep dive for residents who are trying to figure out what they can recycle in Philadelphia,” says Bresee, adding that his average resident who visits the site spends about 3.5 minutes clicking through information. “Long gone are the days when we could promote our recycling program through one medium. We need to cast as wide a net as possible, there’s a lot more competing interests out there for people’s attention and so the more tools—web, social media, rewards and incentives, events, and more traditional collateral—we have in the proverbial toolbox, the better.”

In talks to bring its scalable digital model to other cities, Recycle by City is largely focused on only Philadelphia right now. Yet, yet, about two-thirds of its traffic comes from other cities organically, Bugh says.

“There could be a lot of value in having sort of a one-stop shop for people to go to find out about recycling wherever they are at,” Bresee says. “That is one of key challenges we all have been wrestling with over the last couple of years – the disparate nature of (recycling) information. What Recycle by City is trying to do is a very worthwhile goal and it’s something that we are supportive of.”