Waste Management Exploring Use of Autonomous Vehicles at Landfills, MRFs 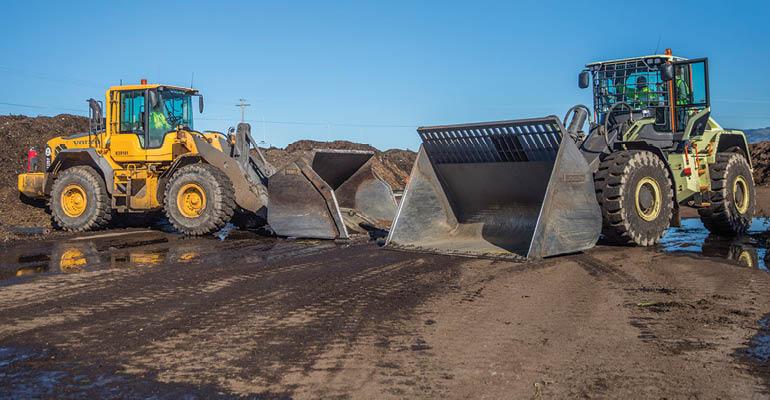 Those vehicles will primarily serve at the Houston-based company’s landfills and recycling facilities, with collections opportunities farther off due to public perception and government regulations.

A waste and recycling giant has joined the race to add an autonomous vehicle to its fleet, but, for now, is leaving the collections testing up to Volvo, which is already in the process of testing driverless waste vehicles.

With the release of its most recent quarterly financial results last month, Waste Management (WM) revealed the company’s plans to launch autonomous vehicles within the next 12 months.

Those vehicles will primarily serve at the Houston-based company’s landfills and recycling facilities, with collections opportunities farther off due to public perception and government regulations.

“Initially these will be within our property boundaries,” says Murphy. “We believe that the technology, public perception and legislation will evolve over the next decade and during that time we envision that more opportunities will become feasible.”

In May, the Gothenburg, Sweden-based Volvo Group, with Swedish waste and recycling company Renova, announced its plans to test an autonomous waste vehicle on the road. The Volvo vehicle has been fitted with Limerick, Ireland-based AMCS Group’s weighing and identification technology and is used in full pay-by-weight production.

“(Autonomous vehicles) can provide a better utilization of the staff, without the need for a driver sitting behind the steering wheel at all times,” says Mark Abbas, CMO of AMCS, a supplier of integrated software and vehicle technology for the waste, recycling and material resources industries. “In addition, it enhances traffic safety, improved working conditions and lower environmental impact. In the U.S., it can also assist with the driver shortage and turnover.”

Not everyone agrees that autonomous vehicles are best for business at landfills and MRFs.

According to Raleigh Floyd Jr., spokesperson for the Komatsu America Corp., autonomous and semi-autonomous vehicles would be a precision tool in a non-precision application if utilized at a landfill. He says standard machines would be the better, more popular option.

“Semi-autonomous construction-class dozers and excavators are designed to dig to a very precise depth, helping avoid the time, labor and expense of materials when you over-dig and then have to backfill—pouring foundations for buildings or homes, laying utility lines for water, sewer, electrical, etc.,” he says. “In a landfill, you’re moving huge amounts of material, but generally not for the purpose of reaching a specific depth. Standard machines are more cost effective and typically the route landfill owners take.”