HomeLandfillEquipmentMaryland Communities Seek to Stop Proposed Concrete Crusher
Recent
Machinex Upgrades West County Resource Recovery in California
May 27, 2022
EREF Hosts Record-Breaking Charitable Auction, Proceeds Directly Support Scholarships and Scientific Research
May 27, 2022
This Week in Waste: Top Stories May 23 - May 28
May 27, 2022
Landfill Emissions Measurement: What We Know, What We Need to Know
May 27, 2022
POLL
SWANA & Oceans Caucus Foundation Host Congressional Briefing on Recycling
May 27, 2022
Collaboration Leads the Way in Connecticut to New Extended Producer Responsibility Law for Management of Discarded Residential Gas Cylinders
May 27, 2022
An Uber-Style Service for Curbside Recycling
May 26, 2022
S&B Selected as Contractor for New Hope Energy’s Advanced Plastics Recycling Unit
May 26, 2022
Need to Know
brought to you by 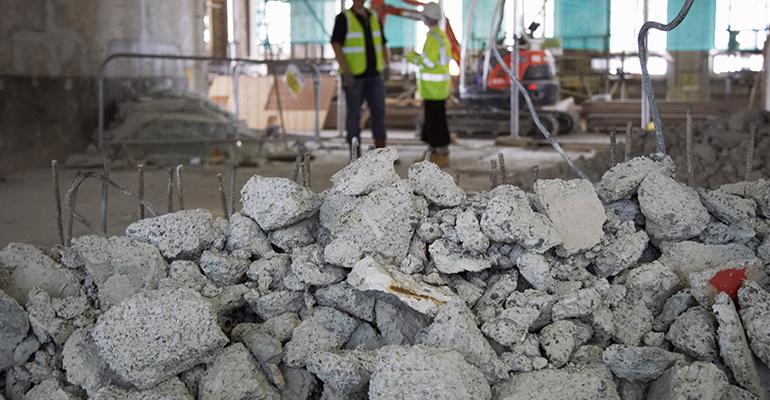 Communities near a rubber landfill and recycling center in Odenton, Md., are trying to stop the state from approving a proposed concrete crusher at the site.

However, area public officials are concerned about the environmental impact the facility will have on surrounding areas. In addition, neighbors raised concerns regarding operating hours of the crusher.

The leaders of communities near a rubble landfill and recycling operation in Odenton want to stop the state from approving a concrete crusher for the site.

They also say they want public officials to study the environmental effect of the facility on its surroundings, saying the operation is out of place in what is now a primarily residential area.

Tolson & Associates submitted an application to the Maryland Department of the Environment in November to operate a concrete crusher on the site, which Piney Orchard Community Association President Steven Randol and others spoke against at a hearing on May 22.