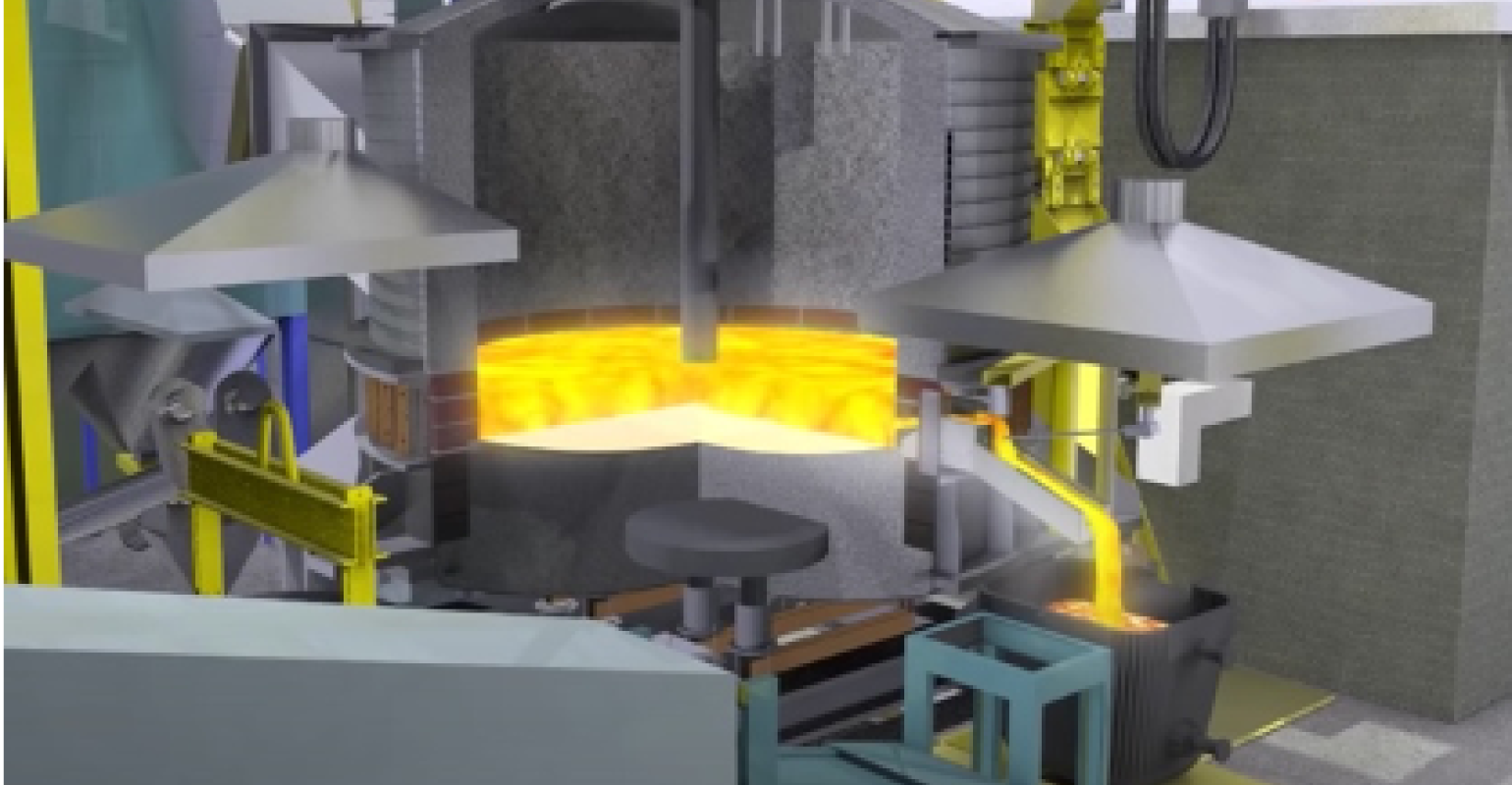 The world generates more than 2.1 billion metric tons of municipal solid waste (MSW) every year. That’s enough to fill 822,000 Olympic swimming pools. Sadly, only 16 percent of this is recycled, with the majority of items sent to landfills after only one use by consumers. 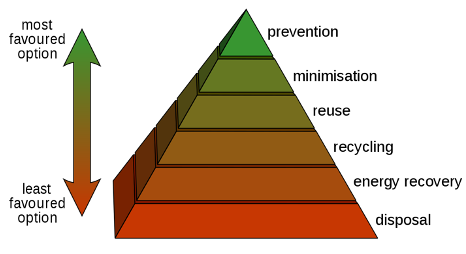 Policy makers face difficulty focusing efforts within the waste hierarchy. Should they invest in more recycling programs as successfully demonstrated by countries like Sweden? Or is it time to accept the reality of the present situation and invest into energy recovery methods from the phenomenal amount of landfill waste? Research conducted by the University College of London (UCL) aimed to focus on innovative waste-to-energy methods.

Engineering fellows partnered with U.K.-based company Advanced Plasma Power Ltd. to design a chemical plant capable of processing 100,000 metric tons of MSW every year into energy. The project wanted to move away from energy recovery via waste incineration, which is widely seen across countries. Most experts agree that waste incineration is the last and least favorable option of energy recovery.

To improve overall carbon negativity, the research focused on converting waste directly into Bio-SNG (Bio-Synthetic Natural Gas, also known as methane). Bio-SNG then is injected into the gas grid used by homeowners.

Some of the key differences between waste incineration versus waste to Bio-SNG include:

Below is a basic schematic of the proposed waste-to-Bio-SNG plant: 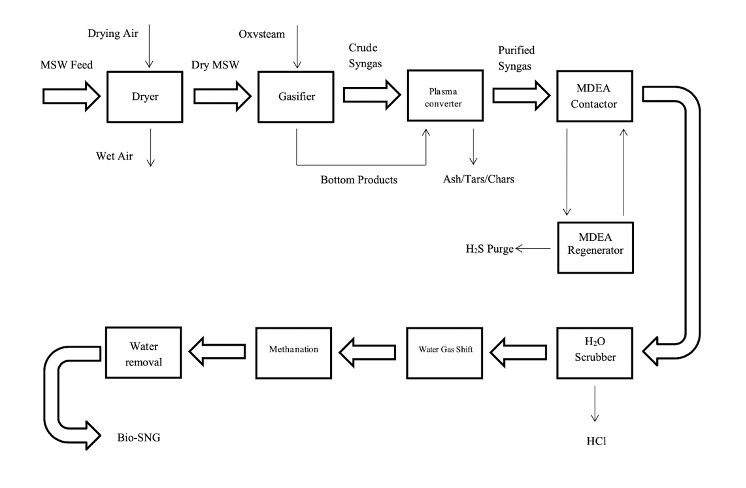 A brief overview of the process: 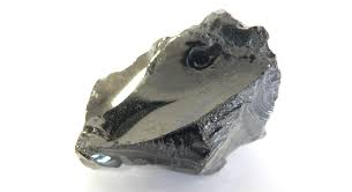 Marc-Olivier Coppens, head of chemical engineering at UCL, supervised various simulations in the year-long project. The team operated with creative freedom to access all the possibilities of a waste to Bio-SNG plant.

A few of the considerations included:

While evaluating all the possible waste-to-energy innovations improved the overall environmental impact of the plant, favoring the environment directly hampered the economic feasibility. As with all projects, financial profitability governs decisions. With this in the mind, the simulation delivered the following results: 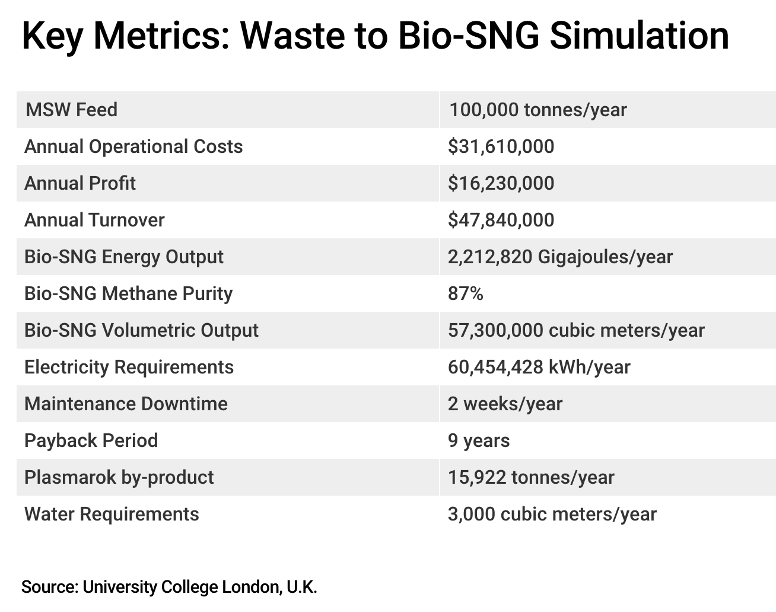 The total cost of the proposed plant, including all 52 processing units, land, construction and labour was estimated to be $146 million, with a return on investment (ROI) after nine years of operation. The resulting Bio-SNG would be enough to power 15,000 homes every year. The figures above represent a somewhat conservative picture as the plant had a maximum processing capacity of 150,000 metric tons of MSW each year.
Results from the simulation were certainly positive. So why isn’t this method of waste-to-energy recovery commonly seen? After all, 90 percent of the major processing units, including the water-gas shift reactor, methanation reactor, hydrogen sulphide absorber and water extractor, are already widely used across various industries.

The crux lies in the advanced plasma power unit. As the name suggests, the technology lays on the fringes of commercial viability. Because of this engineering fellows had to manually insert data from the manufacturer to avoid confusion with the chemical software.

At the core of the unit, temperatures reach more than 8,540 degrees Fahrenheit – about four times hotter than molten lava. At these temperatures, you are pushing the laws of thermodynamics to the absolute maximum.

However, after successfully running a pilot plant for more than 3,500 hours the world’s first waste-to-Bio-SNG plant got the green light for commissioning in Swindon, U.K. The companies initially involved in the plant were the National Grid, Advanced Plasma Power and energy development company Progressive Energy. Together, Go Green Fuels was set up to deliver the plant.

However, rising construction costs forced the company to go into insolvency, resulting in the project being suspended for the next 14 months. Since then, the company has raised more than $12 million and has resumed construction of the highly innovative plant. Operations are set to begin processing waste at some point in 2020. If and when the facility goes live, it will indeed provide a breath of fresh innovation for the waste-to-energy sector.