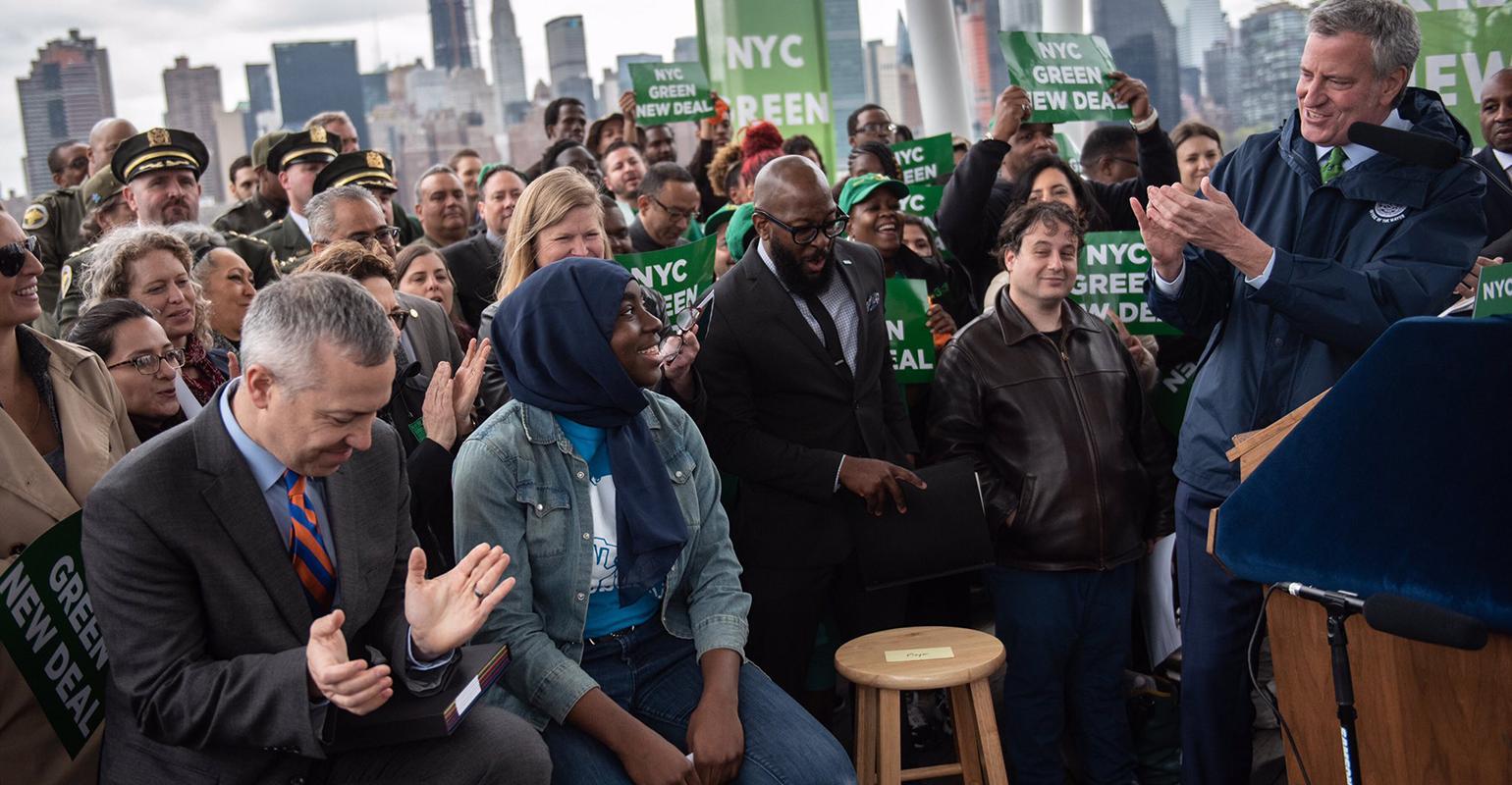 OneNYC 2050 aims to slash the city's greenhouse gas emissions 28 percent, putting the city on track to make a 40 percent cut by 2030.

In honor of Earth Day, New York City Mayor Bill de Blasio announced a new, ambitious plan for the city to achieve carbon neutrality by 2050. The plan, OneNYC 2050, aims to slash the city's greenhouse gas emissions 28 percent, which, combined with previous efforts, should put the city on track to make a 40 percent cut by 2030. The overall goal of the plan is to source 100 percent clean electricity.

According to a Gothamist report, the announcement comes days after the City Council passed a legislative package called the Climate Mobilization Act, which has also been referred to as a "Green New Deal for New York City." The legislation aims to slash buildings' greenhouse gas emissions—which account for almost 70 percent of the citywide total—by 40 percent in 2030 and 80 percent by 2050, noted the report.

OneNYC 2050 leverages that bill and takes the building regulations one step further by banning construction of energy-inefficient, glass facade structures.

New York City will get its own Green New Deal, Mayor and rumored 2020 candidate Bill de Blasio announced on Monday, in honor of Earth Day. With the city's wildly inefficient waterfront glass and steel skyscrapers as a backdrop, de Blasio outlined what his office calls "a bold and audacious plan to attack global warming on all fronts," or OneNYC 2050.

Like the Green New Deal being discussed at the national level, the plan de Blasio introduced Monday weaves together social, environmental, and economic policy.

The overarching goal is to achieve carbon neutrality by 2050, by sourcing "100 percent clean electricity." Until then, the mayor says this new plan will bring down the city's greenhouse gas emissions 28 percent, which, combined with previous efforts should put us on track to make a 40 percent cut by 2030.