GDPR became real in May 2018 in Europe, explains Shegerian, and now there are five or six different forms of GDPR proposed on a federal basis in the U.S. In addition, 14 states have proposed GDPR legislation across the U.S. and four states have already passed it—the SHIELD Act in New York, SB 220 in Nevada, the Act to Protect the Privacy of Online Consumer Information in Maine and the California Consumer Privacy Act in California.

“This is a trend in legislation that is going to continue to rise,” notes Shegerian. “Other trends and fines will come down the pike that will continue to make examples of the bad actors. Software has gotten tons of attention. Hardware is the other side of the coin that is just as important that hasn’t gotten any attention.” 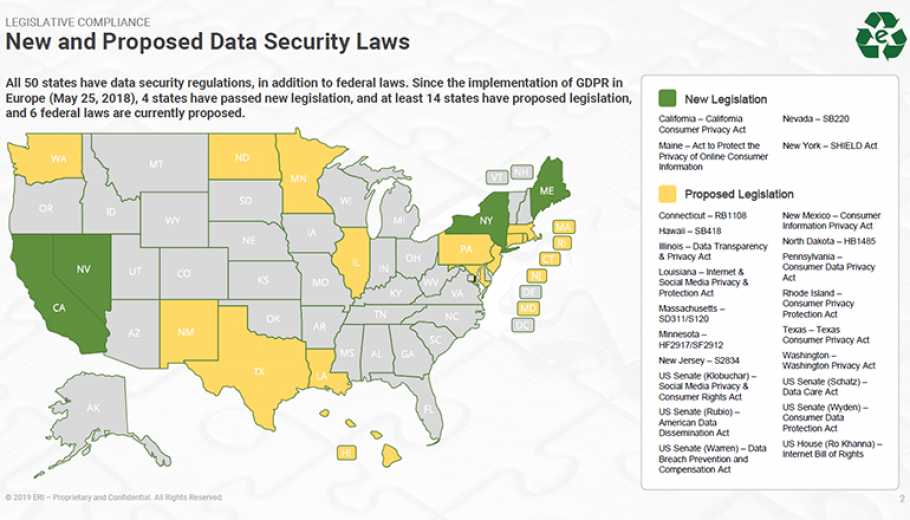