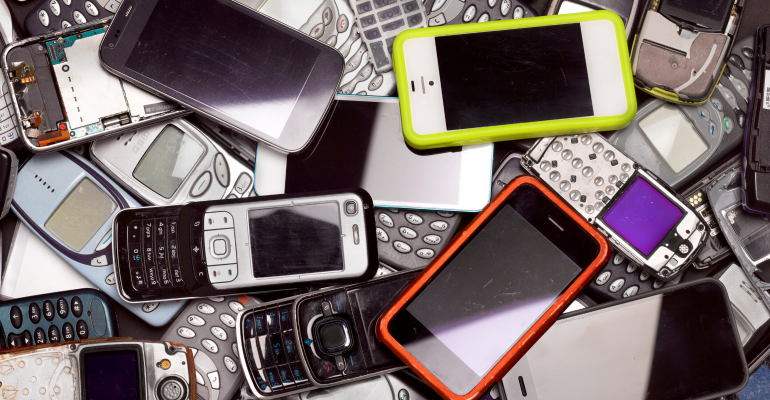 Extender Producer Responsibility (EPR) is a cornerstone in the shift towards a circular economy and is set to be a major legislative focus in 2021. Such laws set guidelines that require manufacturers to maintain responsibility for their products throughout their life cycles, from the factory to the landfill. Under this umbrella is Right-To-Repair -- a category of laws that require manufacturers of consumer electronics and other goods to build their products in a way that allows customers to repair their products without having to go through the manufacturer. While saving consumers money, Right-to-Repair laws aim to make consumer goods last longer and cut down on waste by eliminating planned obsolescence.

Many large manufactures have adopted more sustainable practices and ESG standards in production and have implemented trade-in programs to keep obsolete devices out of landfills. However, many consumers still end up throwing away their old phone in the trash when it no longer holds a charge or dumping their laptop when the hard drive malfunctions. The EPA estimates that discarded electronics accounted for around 2.37 million tons of waste in 2009 with around 1.77 tons ending up in landfills. Additionally, with increased security concerns, manufacturers of consumer electronics continue to move towards more proprietary hardware, resulting in less repairability.

In 2019, the European Union took aim at manufacturers who intentionally designed products that would break down after a given number of years and were difficult to repair by passing a series of Right-to-Repair regulations that went into effect on March 1, 2021. According to the BBC, these regulations require companies that sell certain consumer electronics and home appliances in the European Union to ensure that their products can be repaired for up to 10 years by supplying spare parts and repair guides. While these regulations are an important step in curbing electronic waste, advocacy groups such as Right to Repair Europe criticize these regulations for stopping short of ensuring repairability for smaller, more common electronics such as smartphones, a category which is also affected by planned obsolescence. Regardless, Right-to-Repair continues to gain momentum and such standards will likely continue to expand to more categories as governments take steps to meet their sustainability and circularity goals.

While no national Right-to-Repair framework exists yet in the United States, at least 10 states have active measures pending. One such law is New Jersey’s Fair Repair Act which was introduced in 2020 and has been carried over into the 2021 legislative session. The bill aims to tackle electronic waste in the state by requiring manufacturers of certain consumer electronics -- such as smartphones and tablets -- to provide repair guides and OEM parts to consumers and third-party repair shops. HB 2698 in Oregon establishes similar guidelines to increase the repairability of many consumer electronics. Despite potential pushback from large manufacturers, EPR and Right-to-Repair measures continue to gain traction in the United States and Europe and consumers are becoming increasingly focused on sustainability when making purchasing decisions. Because of these factors, consumers may be able to expect longer lifetimes from their next phone or tablet.