Report: Recycling Rate of Lead Batteries in the U.S. 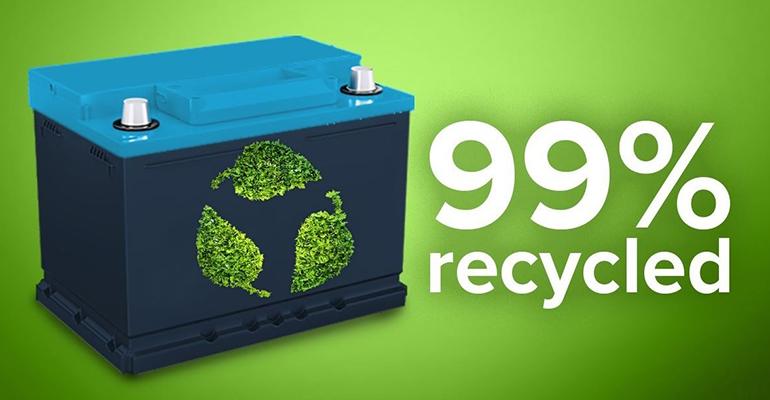 The study shows lead batteries have a 99 percent recycling rate, making them the top recycled consumer product in the U.S.

"Our industry's nationwide lead battery collection and recycling infrastructure continues to produce a near-perfect recycling rate of 99 percent. The primary components—plastic, acid and lead—become a valuable domestic resource used to create new lead batteries that contain more than 80 percent recycled material," he said in a statement.

Moran believes the report is particularly timely, given climate change concerns. "This data further reinforces that lead batteries are a smart, sustainable choice to support the growth in renewable energy storage and green transportation, such as start-stop technology, hybrids and electric vehicles," he said. Lead batteries provide the battery power for more than 275 million U.S. vehicles and more than 70 percent of the world's rechargeable power.

The EPA culminated its weeklong celebration of America Recycles Week by holding its second annual Recycling Summit on November 15. According to Moran, it's fitting that BCI marked the occasion with a study that confirms the role of lead batteries in the circular economy.

"As a signatory to EPA's America Recycles Pledge, BCI is honored to participate in ceremonies with EPA Administrator Andrew Wheeler to recognize the contribution from industries like ours to create infrastructure and products to ensure a sustainable future," said Moran in a statement.

The U.S. lead battery industry keeps more than 129 million lead batteries out of landfills annually. Its state-of-the-art, closed loop process is recognized by the World Economic Forum and Massachusetts Institute of Technology's Center for Transportation and Logistics as the world's most successful example of a circular economy.