A battery is a device in which the energy of a chemical reaction can be converted into electricity. Small, sealed button and six-volt batteries are used for consumer products; “starting batteries” deliver a short burst of high power to start engines; “deep cycle batteries” deliver a low, steady level of power for electrical accessories such as trolling motors on boats; and large industrial batteries have thicker plates and can supply low steady power for years. This profile is limited to lead acid batteries used by motor vehicles.

A lead-acid battery consists of a polypropylene casing; lead terminals and positive and negative internal plates; lead oxide; electrolyte, a dilute solution of sulfuric acid and water and plastic separators which are made of a porous synthetic material. More than 80 percent of the lead produced in America is used in lead-acid batteries. 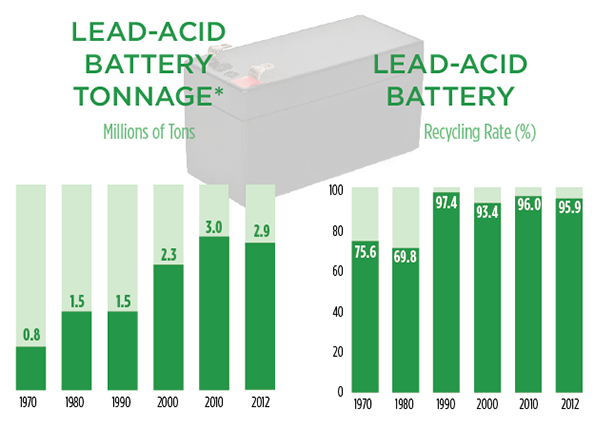