Mount Recyclemore Using E-Waste is Built Ahead of Summit 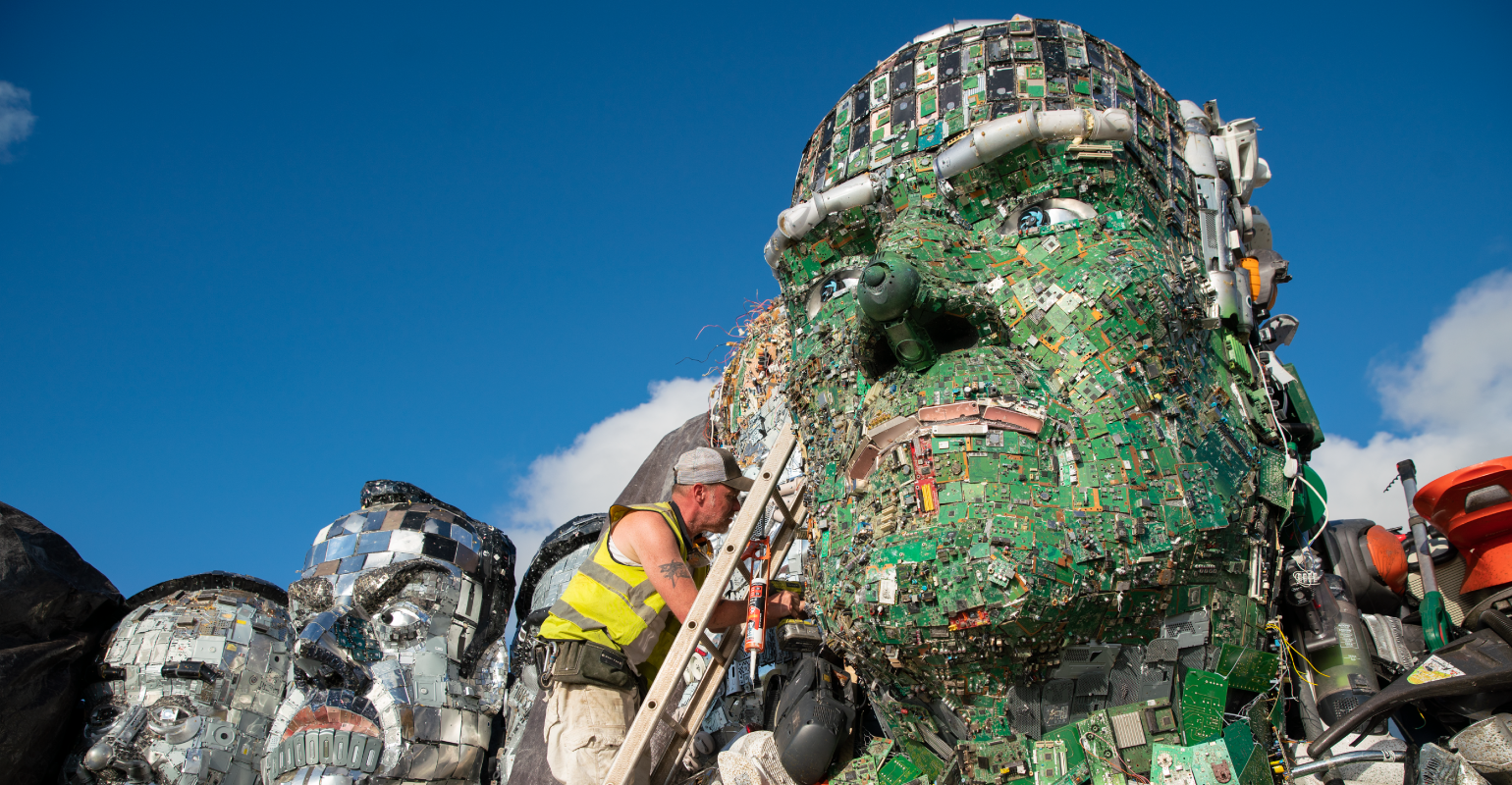 Start Slideshow ›
Ahead of the annual G7 summit, an art installation dubbed ‘Mount Recyclemore’ was created by recommerce brand, Decluttr and its parent company, musicMagpie in partnership with artist Joe Rush, aiming to shed light on the problem of electronic waste and the importance that world leaders address its growing threat to the environment.

World leaders attending the G7 summit in Cornwall, U.K. will be greeted with a giant Mount Rushmore-style sculpture of the G7 leaders’ heads made from e-waste.

The sculpture, named Mount Recyclemore, aims to highlight discarded electronics as leaders of many of the world’s most advanced economies prepare to discuss how to tackle climate change and build a greener future.

British artist, Joe Rush, is well-known for his art pieces that focus on environmental issues, creating thought provoking pieces that reveal the impact that humans are having on our planet. With the G7 summit ahead, Rush partnered with Decluttr to raise awareness of the dire need for a circular economy and a more sustainable way to buy, rent and sell consumer tech.

The arresting installation has been erected following research showing that the G7 nations alone produce almost 15.9 million metric tons of e-waste a year, with the US (6.9m), Japan (2.6m), Germany (1.6m) and UK (1.6m) being the worst offenders.

The current 53 million metric tons of e-waste generated annually worldwide will more than double by 2050, making it the fastest growing waste stream in the world, according to the U.N.

View the slideshow to see images of the art installation.