Inside America’s Battle with E-Waste 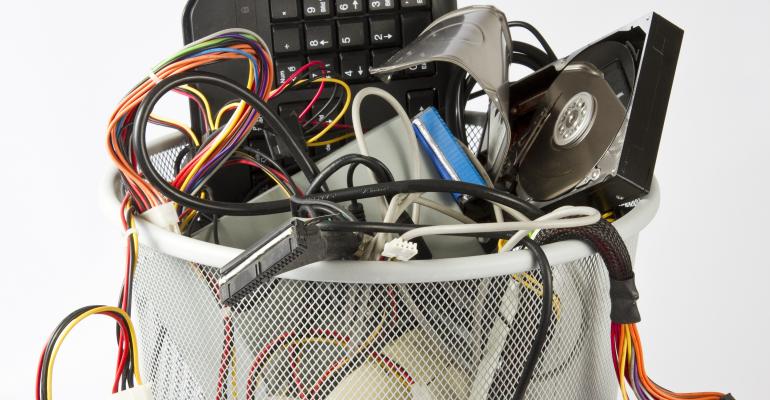 In addition to the dip in commodities pricing, the world of e-waste recycling is also feeling the burn. In the U.S., this issue is mostly due to the fact that the U.S. is the only developed nation that doesn’t ban exports of toxic discarded electronics.

Recycling firms in the U.S. have gotten used to the process of shipping discarded e-waste to foreign countries to avoid the cost of processing the toxic waste. This is causing a large issue within the recycling industry because many responsible recyclers are now losing business to those who recycle overseas to save money.

In addition to that issue, people are also improperly dumping electronics, which causes toxic materials to seep into soil and underground water, pollute air and burn or poison the people who are handling the waste.

U.S. News and World Report has the details:

Americans line up in droves every year to buy new gadgets, but the discarded older models of devices are too often shipped by recycling firms to foreign countries to avoid the cost of processing the toxic scrap.

Electronics recycling is becoming less profitable as tech companies try to save costs by using fewer rare minerals like gold and copper in their devices, while the resale value of commodities extracted by recycling like steel and oil-based plastics has declined sharply in recent years. Hugo Neu Recycling CEO Robert Houghton says his firm faces increasing costs to dispose of old devices like phones and computers in an environmentally safe way, while other businesses that promise to do so cut costs by shipping them to nations like China.