The Shoreway Environmental Center rethinks how to design and build a material recovery facility.

Beginning in 2007 and culminating in the start-up of operations in April 2011, RethinkWaste embarked on an innovative procurement process to partner with private sector recycling and solid waste facility operators and recycling equipment manufacturers to deliver a best in class single-stream material recovery facility (MRF). After the first year of operations, the MRF processes more than 250 tons per day (see sidebar) with a total throughput of more than 51 tons per hour and plant residue under 7 percent.

For RethinkWaste, a public joint powers agency (JPA) for a service area of nearly 500,000 people in the San Francisco Bay area, these results came from a sustained focus on innovation through active engagement with private sector contractors and vendors, healthy and intense competition, shared ideas, and contractual incentives for suc- cess. “We approached our work with an underlying belief that ongoing, open and trusting dialogue with the private sector would produce the best result,” remarked Hilary Gans, facility operations contract manager for RethinkWaste. 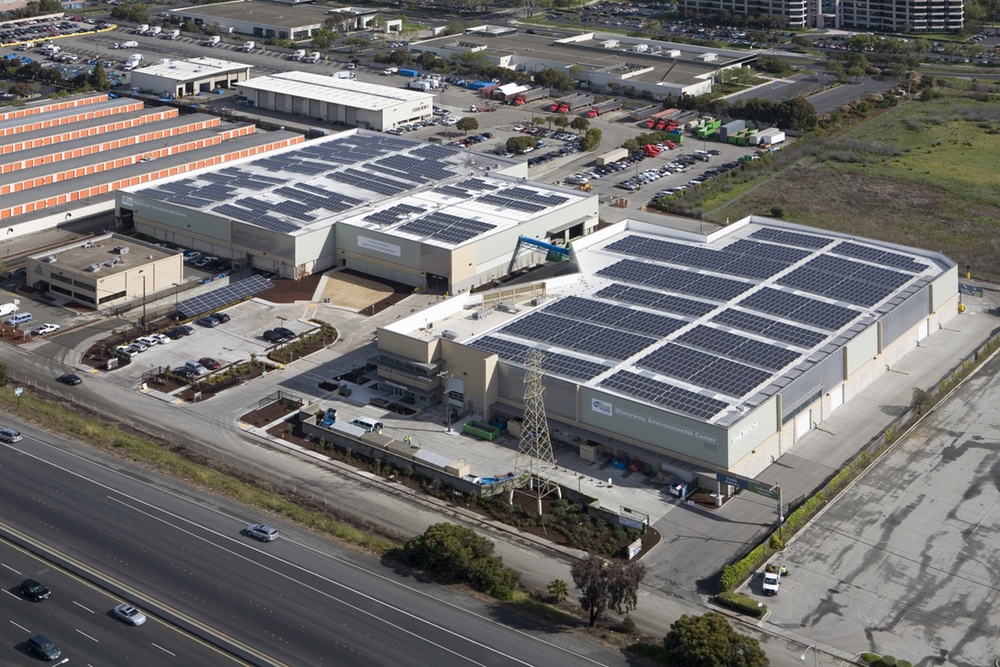 The MRF is part of the Shoreway Environmental Center, a 16-acre transfer station, MRF and corporation yard complex in San Carlos, Calif. The facility was purchased from Allied Waste (now Republic Services Inc.) in 1999 for $20 million. In 2009, the JPA initiated a $47 million master plan to update the com- plex, including a new 70,000-square-foot MRF with highly automated single-stream processing equipment, an expansion of the transfer station to service public customers, traffic improvements includ- ing a new scale house complex, a public recycling center, an education center and other environmental enhancements.

The MRF portion of the master plan project cost about $30 million, composed of $17 million in single-stream system design, fabrication and installation and $13 million in building improvements, including the education center and public recycling center.

The actual master plan conceptual design was developed in 2007 and facility-permitting work was initiated in 2008. The plan of finance and issuance of new debt was done in 2009.

This master plan construction was conducted concurrently with the JPA’s requests for proposal (RFP) process to select 1) a contractor to operate the newly upgraded Shoreway Environmental Center and 2) for a collection contractor to service the franchised residential and commercial solid waste, recycling and organic collection for 12 separate jurisdictions. Together, the contracts awarded would total nearly $1 billion over 10 years.

“This was an immensely complex undertaking requiring a high degree of integration of collection and processing operations and careful consideration as to how one RFP process might influence the other,” says Joe Sloan, principal at SloanVazquez, which assisted with the facility operations RFP evaluation and selection process.

The facility RFP process started in 2007 with the drafting of the scope of services and operational requirements and the formal release of the RFP documents in November of that year. A unique step was to share an early draft of the RFP with potential bidders so as to get their feedback on the direction and content of the RFP. Doing this also had the added benefit of building trust and deeper engagement by potential bidders in the RFP process. 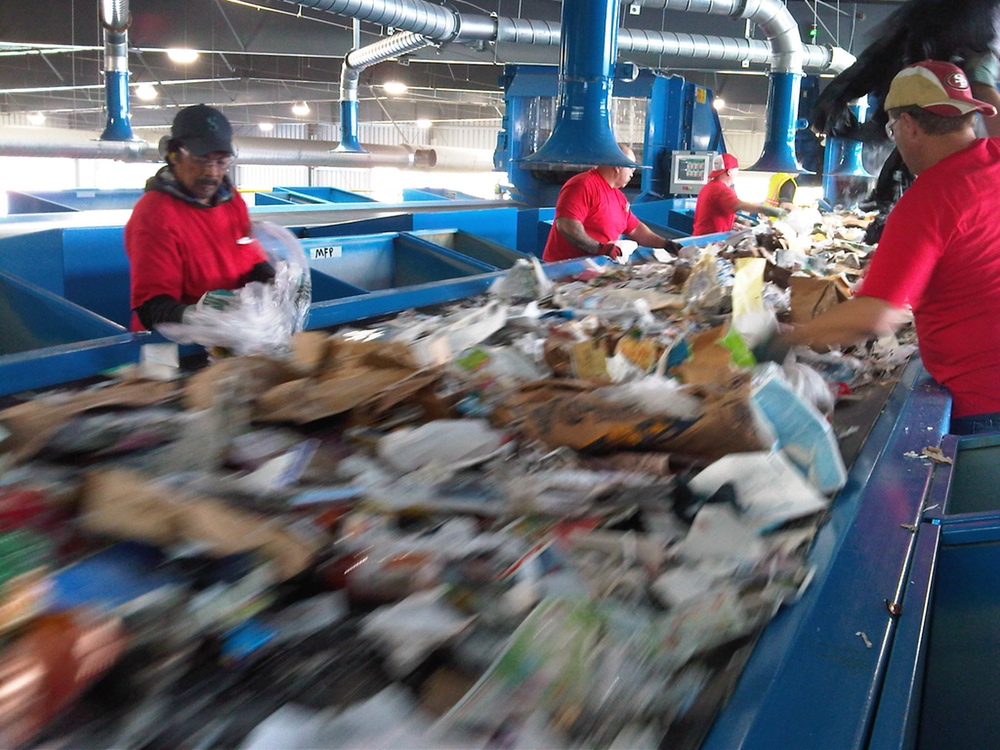 “This was the first time we were given the opportunity to review a draft RFP like this and it really reinforced our commitment to the process,” says Dan Domonoske, vice president for San Carlos-based South Bay Recycling (SBR). Notably, the draft RFP was also shared with potential equipment vendors, allowing them to make helpful refinements to the equipment design and product quality specifications.

Also unique was a decision to include MRF equipment design and installation as part of the facility operations RFP. “It was a core principle of ours that the facility operator should be 100 percent engaged in the design of the single-stream processing system that they ultimately would operate,” notes Gans. “We felt that this would result in a better design and more competitive bids.”

A related principle used in the RFP process was to focus equipment specification on performance standards (see sidebar) as opposed to being overly prescriptive about the equipment details and layout.

“We have seen one too many times in this industry where government agencies overly prescribe what they want in a publicly owned, privately operated facility,” observed Gans. “This can result in an inflexible RFP that few companies respond to, less efficient facility designs and thus too high of operational costs and other problems.” To back up the equipment performance standards in the RFP, very clear and detailed system acceptance test requirements and product quality standards were included. 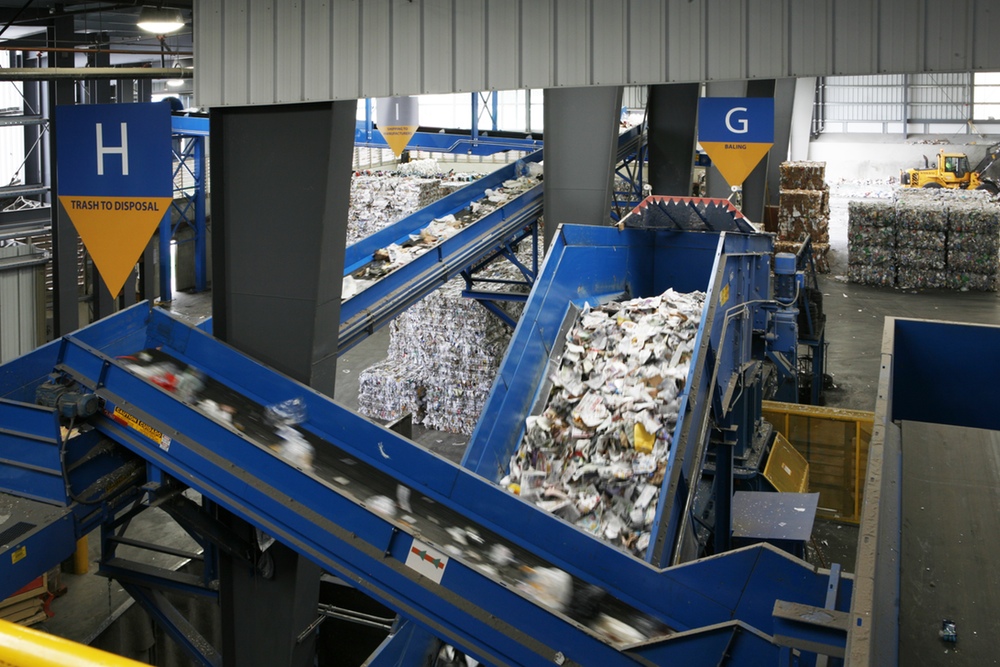 In April 2009, SBR was selected as the future facility operator and a 10-year operations agreement was negotiated and signed with a start date of January 1, 2011. SBR’s MRF equipment vendor was Bulk Handling Systems of Eugene, Ore.

The actual final equipment purchase was transacted between the JPA and BHS with SBR assisting with oversight of the final design, fabrication and installation.

The RFP and the operations agreement were also structured to incentivize long-term recycling success. In the interest of maximizing commodity revenues, provisions for a revenue guarantee to the JPA and a revenue share for SBR were included (SBR shares 25 percent of the revenue after the revenue guarantee is met). There is also an incentive structure for SBR to reduce plant residue below 10 percent (each percentage reduction in residue yields SBR another percentage in commodity revenue share).

Related provisions were included in the operations agreement for minimizing inbound contamination from franchised loads of recyclables. Quarterly contamination monitoring is done for all inbound streams to the MRF and transfer station with performance incentives and disincentives applied if the measured contamination levels are above or below allowable levels.

Through this and other innovative procurement practices and by working in true partnership with facility operators and equipment vendors, the MRF at the Shoreway Environmental Center has achieved best in class operational results.

Kevin McCarthy is executive director of RethinkWaste, a 12-member agency public joint powers authority based in San Carlos, Calif. He was hired as the agency’s first executive director in 2006 after working the previous 16 years in the private sector. The agency has an annual budget of more than $40 million.

SIDEBAR: The Story in Numbers