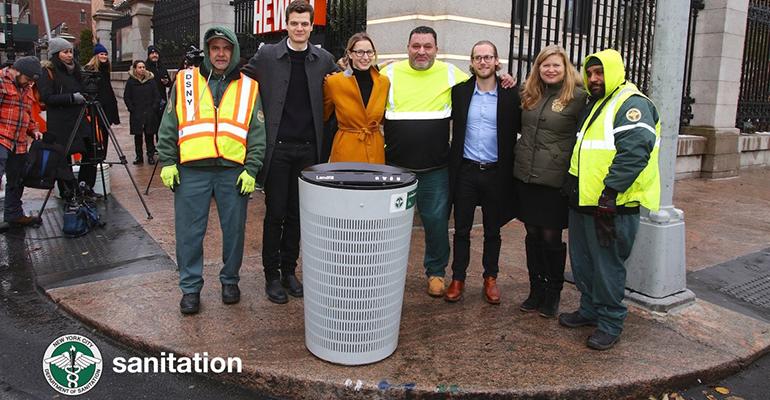 Judges selected the winner based on prototype performance, public response and feedback from the department’s sanitation workers.

The City of New York Department of Sanitation (DSNY), Van Alen Institute, the Industrial Designers Society of America and the American Institute of Architects New York announced that Group Project is the winner of the BetterBin Competition.

Produced by the interdisciplinary New York City-based team Group Project, the winning design consists of a lightweight and recyclable liner nested within a durable stand designed to blend in across all New York City neighborhoods. The design received positive feedback from both sanitation workers and the public for its sleek esthetic, bold recycling messaging and significant ergonomic improvements. The interior liner is nearly 50 percent lighter than the current wire mesh basket, making it easier for sanitation workers to service. The liner also features eight comfortable grips for proper lifting compared to only two on the current basket.

“The winning design by the Group Project team demonstrates that design can be a powerful tool to improve working conditions for sanitation workers and better engage New Yorkers as our partners to keep the city healthy, safe and clean,” said DSNY Commissioner Kathryn Garcia in a statement. “This is a truly innovative approach, designed for the unique needs of our workforce. We commend the Group Project team for their creativity and look forward to working together to refine the design for large-scale production.” 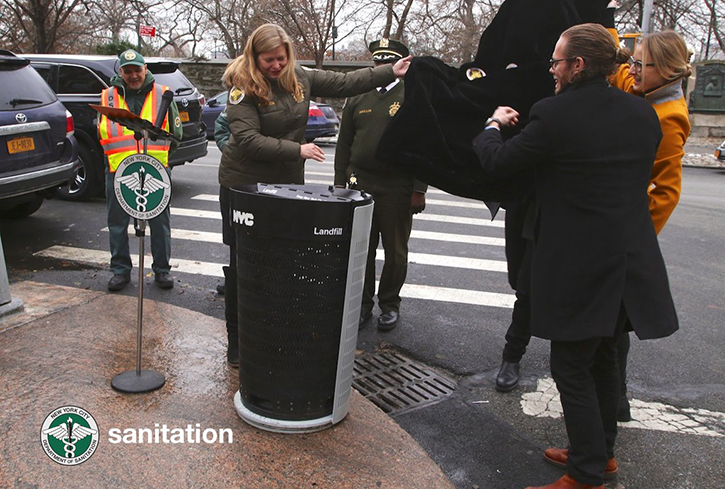 The winning design prototypes will be placed back into service starting in December 2019 along 5th Avenue between 88th and 92nd Streets in Manhattan. The prototypes will replace the green, wire mesh baskets currently in those locations. The Group Project team will continue to work with DSNY for further design development to be able to mass-produce the basket and make adjustments based on the learnings from the prototype testing period.

“Group Project is honored to be chosen as the winner of the BetterBin competition. We salute the New York City Department of Sanitation and competition partners for making this commitment to better our city through design,” said Colin P. Kelly, design lead at Group Project, in a statement. “We are excited to continue the collaboration and to see our litter and recycling bins come to life across NYC.”

“This competition is another example of labor and management working together to better serve the people of New York City,” said Harry Nespoli, president of Teamsters Local 831, the union that represents DSNY workers, in a statement.

“Good design goes beyond beauty to solve problems and help our city function,” said judging panel member Keri Butler, deputy executive director of the Public Design Commission, in a statement. “By collaborating with design professionals on the BetterBin competition, the Department of Sanitation has made a commendable commitment to serve both the public and sanitation workers through innovative, attractive and functional design.” 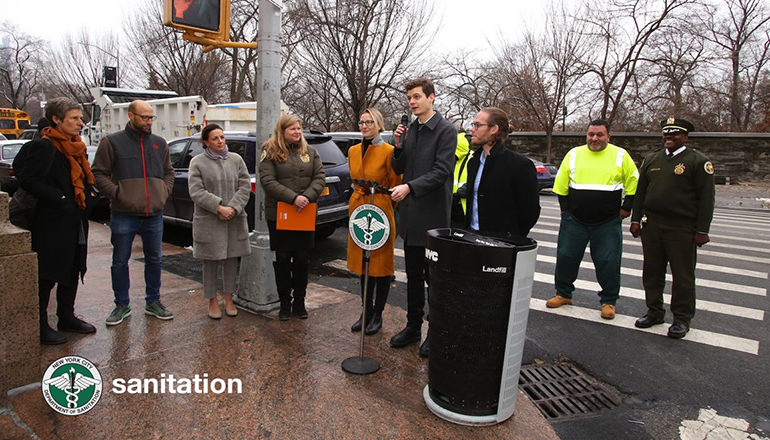 New York City is home to more than 23,000 litter baskets that offer pedestrians a convenient way to dispose of trash and recycling on the go. The most widespread design—the green, wire mesh basket—dates back to the 1930s. The BetterBin Competition offered designers from around the world a chance to envision a new litter basket with a sustainable, environmentally conscious and ergonomic design that could improve the quality of life for New Yorkers and the service experience for DSNY workers.

Last December, two finalists were selected by a panel of nine jury members, including industrial design specialists and the president of Teamsters Local 831. The finalists worked closely with BetterBin Competition organizers to refine their designs and produce 12 full-size prototypes that were tested in three New York City neighborhoods in summer 2019.