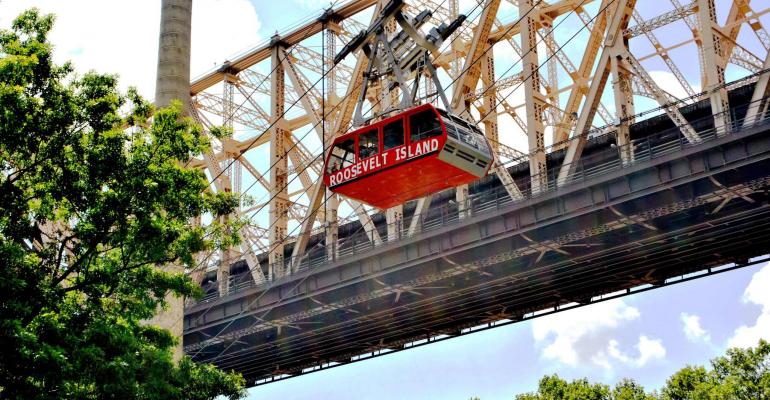 Envac Iberia has been awarded a $1.7 million contract to improve operations and reduce energy consumption, among other enhancements.

Envac Iberia has been awarded a $1.7 million contract by the Roosevelt Island Operating Corp. of the state of New York (RIOC). It will improve operations, reduce energy consumption, release more than half the space presently reserved for AVAC operations and provide at least 30 more years of automated waste collection to the island’s growing residential population.

AVAC has been operated by the City of New York Department of Sanitation (DSNY) for 40-plus years, relying on virtually the original equipment. The upgrade will bring four decades of innovation to the island’s system, including remote monitoring and operations and smaller, more energy-efficient equipment. The upgrade investment is expected to be paid back in four years, in operational savings alone. Reuse of the significant amount of space released to be used for more profitable purposes is under study by RIOC.

Roosevelt Island’s 14,000-plus residents will continue to receive vacuum waste collection services throughout the six-month upgrade. Built in redundancy allows the system to operate, despite sections being replaced and repaired. Not only has AVAC been serving the Roosevelt Island community for more than 40 years, but it continued to operate during Hurricane Sandy. The island was the only NYC sanitation district with uninterrupted waste collection when New York garbage was left uncollected on city sidewalks for up to three weeks during the blizzards of winter 2010-11, when garbage trucks were redeployed to plow snow.

Invited to the U.S. in the 1970s for major installations such as Roosevelt Island and Disney World in Orlando, Fla., it thereafter refocused its efforts on Europe, the Far East and the Middle East. Envac U.S. was formed in 2017, to focus on the U.S. market.

Forty years of innovation include capabilities such as recycling, remote operations (including from a cell phone), 24/7 availability, data collection, pay-as-you-throw and invoicing. The system is climate resilient, particularly to flooding, making it an ideal installation for flood-prone or waterfront areas. As a sealed system from moment of waste deposit to compaction and containerization (which can occur up to a mile from a waste inlet), there are no spills or odors, eliminating rodent and vermin problems. Daily trash collection trucks are eliminated as the waste and recyclables are collected via “vacuum” through a 20-inch tube. Independent studies have determined that an Envac system can eliminate up to 80 percent of truck miles traveled and resulting greenhouse gas emissions.