As many as 300 deer carcasses are layered in sawdust beds in several roadkill composting sites strategically located throughout Virginia.

In December, the state added two higher-capacity prototypes that use a forced-air system that creates a heated environment where microbes break down the carcasses in as little as six weeks. The new facilities have four concrete bins that can handle as many as 600 deer at a time. The high temperatures reached in the composting facilities cause pathogens to die.

“It’s a natural, self-contained process that doesn’t produce waste and we end up with compost that we actually use on our right-of-way as a fertilizer,” says Jimmy White, implementation coordinator for the Virginia Department of Transportation (VDOT). “We have two more sites that we will actually get up and running in the next four or five months. These are models of what we’ll be using in the larger areas in the future and what we will end replicating throughout the state.” 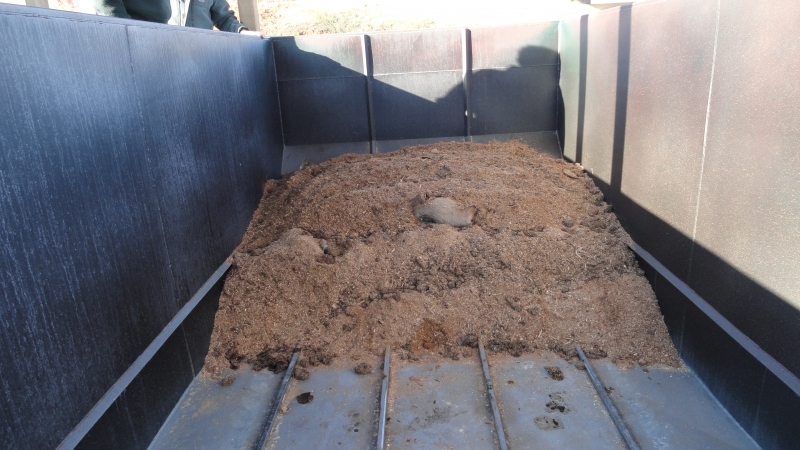 One of the nation’s top states for deer-vehicle collisions, Virginia took its $4 million roadkill problem by the horns three years ago and began testing the feasibility of composting the 10,000 to 15,000 animals it picks up off roadways each year, White says.

VDOT is unusual in that maintains all the roadways in the state, except for city streets, meaning its responsibility travels across as many as 60,000 lane miles throughout the Old Dominion. That adds up to an enormous amount of deer—especially in populated areas—as well as other animals such as possums, skunks and the occasional donkey or horse.

“We were looking for something that was pretty efficient that didn’t have an odor and worked well with our method of operating,” White says. “We wanted something that our maintenance people wouldn’t mind doing. It also had to be a process that met all of the environmental standards that we have to live with.”

Composting held the potential to solve a few nagging and expensive problems, says White, who has worked for the state agency for more than 40 years. Landfill disposal was going the way of the dinosaurs for animal mortalities and many refused to accept them. Alternative disposal services were costly, as much as $60 to $100 per carcass.

Jean Bonhotal, director of Cornell Waste Management Institute and generally considered the foremost expert on this type of composting, says Virginia is one of many states that have adopted roadkill composting including New York, New Jersey, Maryland, Pennsylvania, West Virginia, Montana and Georgia. She expects more states to consider the practice especially in more populated areas.

“The animal just can’t be left lying around,” Bonhotal says. “You have to move roadkill some place. If it’s moved to the side of the road, there’s often a ditch there and that’s not always best because it can come in contact with water. Not only is the disposal of the dead animals costly, “there is no assurance of where those deer are being dumped.” 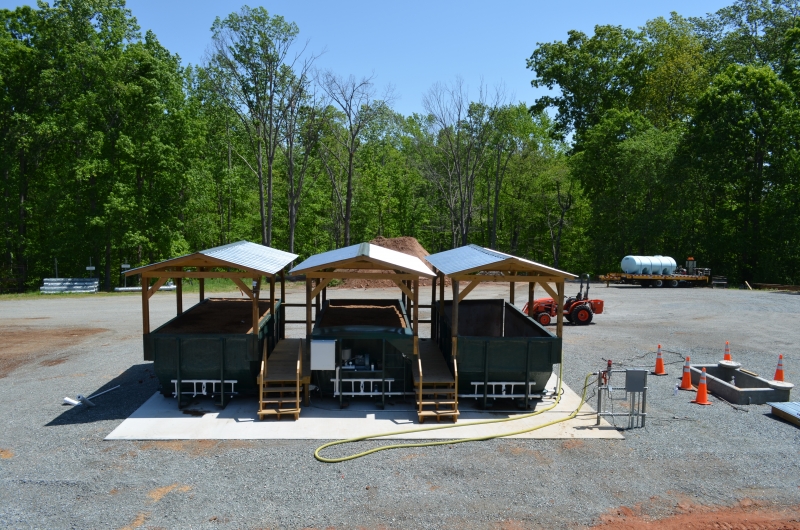 Bonhotal says she’s impressed with the way Virginia has tackled the concept of roadkill composting. “They did the research and tested the methods,” she says, adding that her institute worked on some of the research during the testing stages. “Things are really coming along for Virginia.”

In some areas of Virginia, facilities can collect 20 to 25 deer on a busy day. The record was 85 deer in one day. It usually takes about a month to fill a bin with 150 deer, White says.

“What we are doing is trying to speed the process up and make in more efficient so we can deal with a larger volume of roadkill,” White says. “When you take a carcass and you start the composting process, eventually the carcass breaks open and releases the microbes that will fuel the decomposition. We collect the leachate that is created and we put it back in the compost. With the forced-air system we are able to complete the composting process in 6 weeks to two months. It’s hard to believe until you actually visit one but there is absolutely no odor that comes from them.”

White says he projects that the state will have more than 20 composting sites located around the state at a price tag of $140,000 each.

“Going to the composting process does a couple things for us. It puts us in control and we’ve got a viable means for being able to dispose of the roadkill. It costs us considerably less than what we were doing before and the environmental part of it is a big deal,” he says. “The return on investment is pretty good. We believe each facility will end up paying for itself in four to five years.”