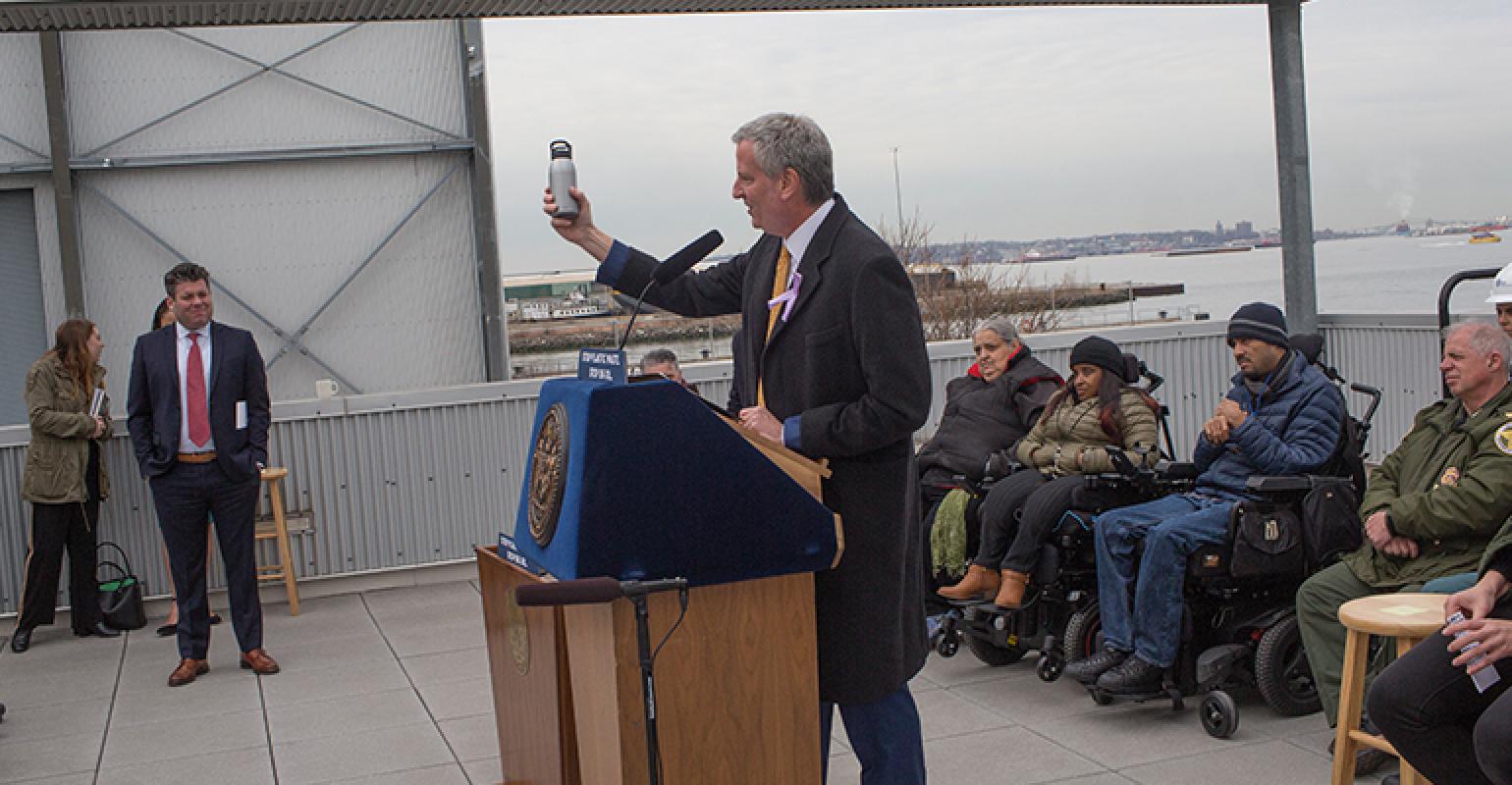 Those who see composting as a way to reduce greenhouse gas emissions are criticizing the mayor for falling behind on his zero waste to landfill goal.

New York City environmentalists who see composting as a way to reduce greenhouse gas emissions and shipments to landfills are criticizing Mayor Bill de Blasio for falling behind schedule on his zero waste to landfill goal.

Nearly four years after de Blasio announced the city’s goal of sending zero waste to landfill by 2030, three key initiatives to obtaining that goal have been put on hold—expansion of New York City’s organics curbside collection, which would include scaling up an aggressive composting program; conversion to single stream recycling collection for metal, glass, plastic and paper products by 2020; and a save-as-you-throw program.

Gothamist reports that since the organics program’s expansion was halted, the city has not announced when it will be expanding curbside pickup, leaving composting enthusiasts “waiting in vain.”

At an Earth Day press conference four years ago, Mayor Bill de Blasio pledged New York City would send zero waste to landfills by 2030, in part by scaling up an aggressive composting program to turn food scraps into nutrient-rich soil. At an Earth Day event this year he touted the plan again, saying he would push for a mandatory composting program across the five boroughs.

You wouldn’t know it from his rhetoric—including the way he has been touting his environmental bonafides on the campaign trail—but the mayor has already fallen behind the schedule he laid out in order to meet his 2030 goal: expanding curbside pick-up of food scraps from a handful of pilot areas to every street and block of New York City.

In fact, last May, the sanitation department suspended its expansion plans, freezing out one third of the city’s community boards. In all of Manhattan and the South Bronx, buildings have to opt in to the service instead of getting it automatically. And in neighborhoods that have regular curbside collections, the city has cut back the number of collection days per week.