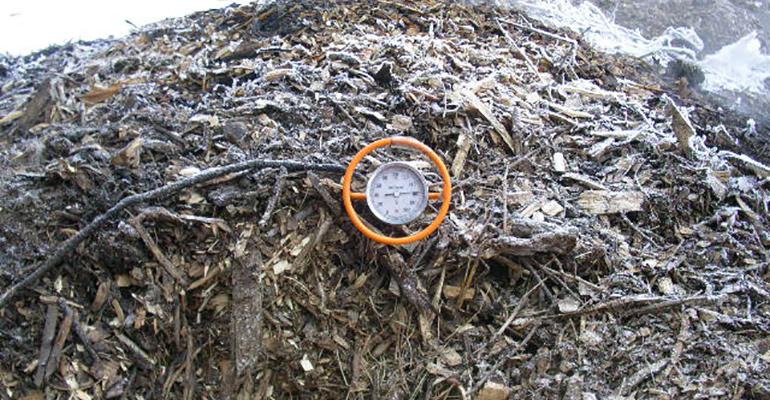 Researchers say mortality composting is a simple, economical means of disposal that, if done properly, is safe and will not impact ground and surface water.

Montgomery County Engineers in Dayton, Ohio, used to pick up dead roadside animals and haul them to animal shelters or pay to landfill them. But about 15 years ago, the agency started composting them on its site, near its road and bridge maintenance facility.

It’s been a more economical way to dispose of the carcasses than landfilling or incinerating them, and the agency is able to make a usable product from these remains.

There is nothing new about this process, called mortality composting, which is done mainly with farm animals, roadkill or zoo mortalities. Researchers in several states have studied how to best do it since the 1990s. They say it’s a fairly simple, economical means of disposal that, if done properly, is safe and will not affect ground and surface water as burial could.

Jean Bonhotal, director of Cornell Waste Management Institute in Ithaca, N.Y., has traveled to more than 25 states with groups to educate regulators and composters on the technique, as well as to guide composters through the process after natural disaster- or disease-related events requiring a way to dispose of animals.

“A lot of places have to turn more to this type of composting. It’s happening around the country, and the need hit New York state hard last year,” says Bonhotal. 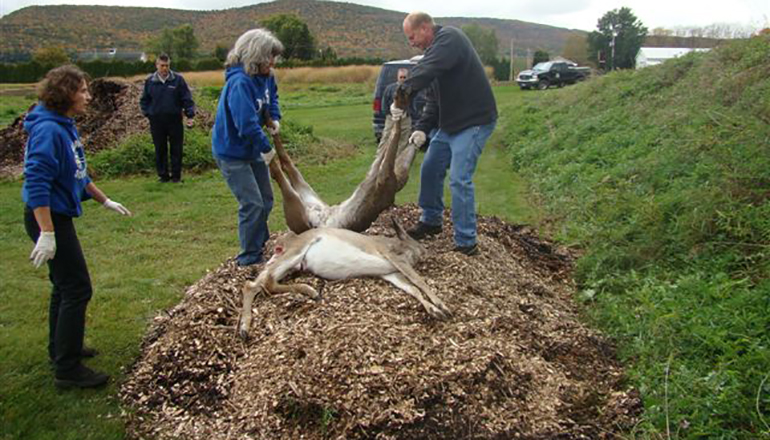 New York lost a good portion of its ability to make and sell dog food from cow renderings as increasing numbers of these animals are euthanized, leaving toxins in their bodies. So, most of the carcasses are getting shipped to out-of-state landfills.

Mortality composting falls under the category of static pile because the animal is buried in a biofilter material, usually sawdust or woodchips, that removes odors. It’s a combination of anaerobic and aerobic processes.

“We just put the whole animals in the pile of organic material, so they decompose on their own anaerobically. Gases released go through the organic material and are consumed by microorganisms. This is the aerobic portion and ensures odors don’t escape,” says Harold Keener, professor emeritus and associate chair of Food, Agriculture and Biological Engineering at Ohio State University.

The compost pile is left unturned for 15 days to six months, depending on the animal’s size. The remaining bones can be recycled into the pile. And the compost is land applied or some may be recycled as part of the biofilter.

“My main findings were composters must maintain a biofilter of adequate depth to control odors. The biofilter material needs a moisture content of around 50 percent. If it gets too dry, odors escape. If it’s too wet, you get flies and leachate,” he says.

The content must be high carbon and low nitrogen to work best. And carcasses usually should be at a temperature of about 133 degrees Fahrenheit, where many organisms can’t survive.

For large piles, windrows can be 8 feet to 15 feet wide by 6 feet to 10 feet tall. But they can be as long as is needed to accommodate the mass. 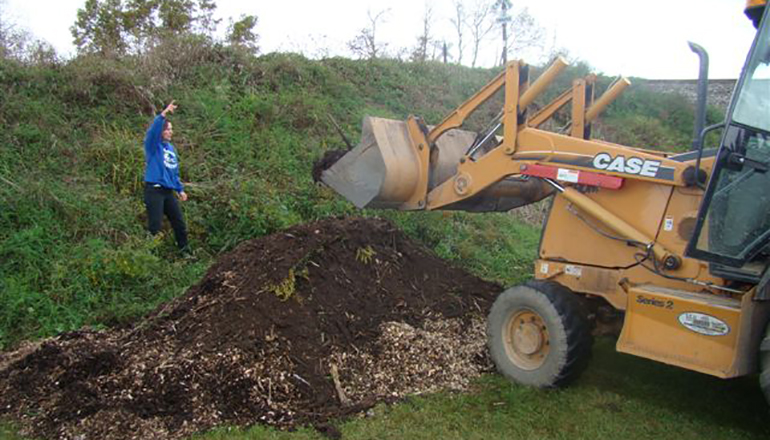 “We had 50 million turkeys and chickens west of the Mississippi in 2015 that died of highly pathogenic avian influenza that had to be destroyed, and we built miles of windrows to compost them. Then, after Hurricane Florence last year, millions of chickens drowned. A group of us went out to assist with mortality composting after that event, too,” says Bonhotal.

Meanwhile, municipalities don’t seem interested in getting into the business, but some private compost companies are. There are about three compost facilities in New York that will take animals, though they are in their infancy.

At Montgomery County Engineers, three staff are certified to do mortality composting. They monitor the pile daily, take temperatures of the bins weekly and routinely do visual inspections of the bin system.

“We need to put carcasses in the bins in increments to properly decompose the animal material. We have active bins that we allow to get only so full, then we close them and start another bin,” says Walt Arnold, road superintendent for Montgomery County Engineers.

The team found chopping up green debris and adding it helps control odor and hold moisture. And they have plenty of this material, as they have to cut tree parts from along roads and deal with fallen trees.

The Ohio Environmental Protection Agency requires the agency to keep the material onsite. Once it’s sterilized and pulled from the bins, it is stockpiled. Over time, most of it is used for mulch. Some is mixed with other green materials and goes through the compost process again.

“We found it to be cost effective compared to landfilling. We just spend minimal on staff time and on the sawdust that we mix in with the wood chips. Plus, it gives us an outlet for the green material we chip from the road,” says Arnold.