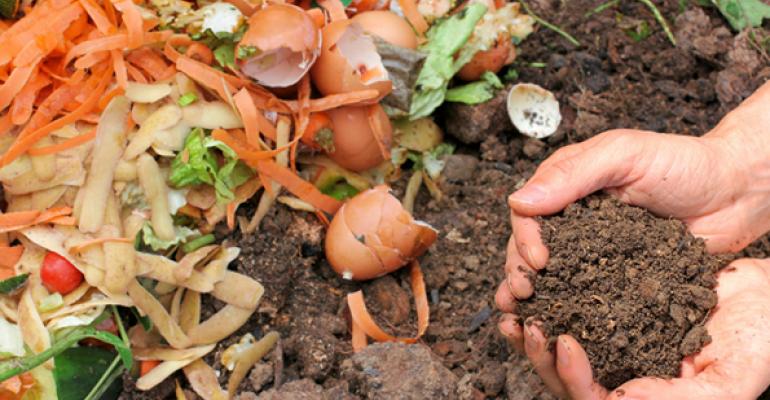 Cortec® Corporation is pleased to announce the launch of its new organics recycling program at Cortec® global headquarters near Saint Paul, Minnesota!

The program will collect food and paper waste that is usually thrown into the facility’s garbage and turn it into compost instead. An especially exciting feature of this new program is the opportunity to make use of Eco Film® commercially compostable bags manufactured at Cortec’s own film extrusion plant in Cambridge, Minnesota.

The organic waste will be collected in Eco Film® Bags lining bins throughout Cortec’s facility and then sent to an industrial composting site in Rosemount, Minnesota, to be converted into soil amendments for local communities.

Corey Cremers, Senior Environmental Specialist at Cortec® Corporation, has spearheaded this and many other environmental initiatives at Cortec®.

He commented, “Participating in the organics recycling program is an important step in reducing our environmental impact here at Cortec® . . . . Instead of sending waste materials to landfills we can migrate the waste to a beneficial resource like compost which can be used by the local community. It is cool to see all facets of employees from the office to the production floor participating in the program and adding value to our environmental management system.”

As mentioned, a particularly special feature of this program is the chance for Cortec® to put its own Eco Film® Bags to good use. Eco Film® Bags are certified compostable under BPI certificate #890974 for disposal in a commercial composting facility and are therefore perfect for use as liners in Cortec’s organics collection bins. In the past, Cortec® has sourced Eco Film® Bags to help other organizations such as the Minnesota Zoo launch or explore their organics composting programs, so it gives Cortec® special satisfaction to finally be able to use this commercially compostable film in its own organics recycling program at Cortec® headquarters. As a chemical manufacturing company, Cortec® has shown exceptional leadership in launching many “green” initiatives over the years. These include the R&D of many commercially compostable films and a wide range of USDA Certified Biobased Products for rust prevention. Even as Cortec® celebrates its new organics recycling program, the company continues to look for additional ways to lower its environmental impact and that of product end users by a special focus on “green” chemistry initiatives that promote a “circular” economy. Learn more about some of Cortec’s sustainable technologies for corrosion and cleanup here: https://www.biocortec.com/.