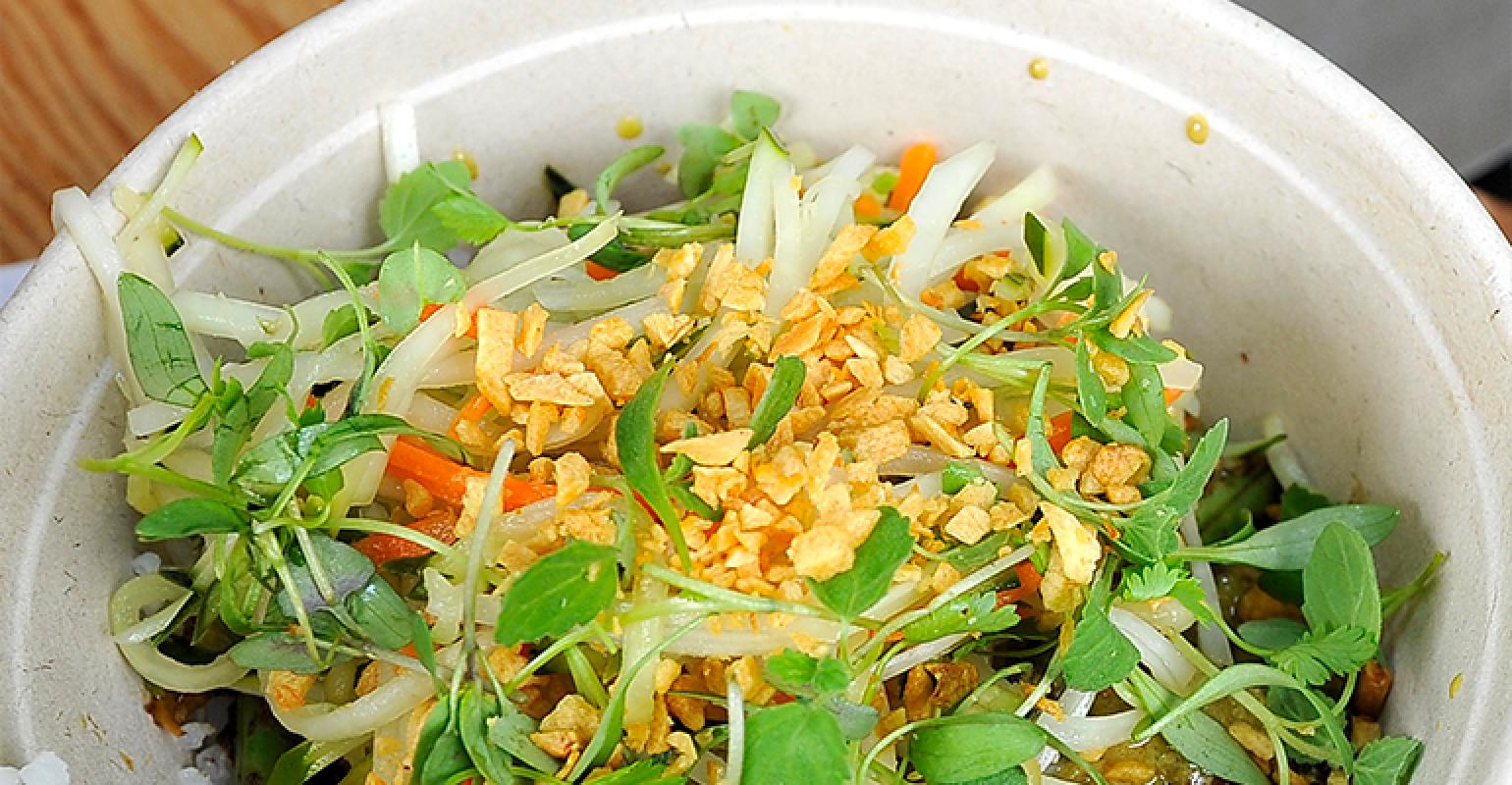 The New Food Economy conducted testing on compostable take-out bowls from various eateries around New York City, including Chipotle and Sweetgreen. And unlike their Styrofoam clamshells and plastic counterparts, molded fiber compostable bowls have become a status symbol for companies and consumers trying to operate and live more sustainably.

However, according to the experts The New Food Economy consulted for its August 5 article, all molded fiber bowls contain PFAS, or per- and polyfluoroalkyl substances, a broad class of thousands of fluorinated compounds that do not biodegrade naturally in the environment. PFAS chemicals may lead to serious, adverse health outcomes in humans, including decreased fertility, an increased risk of thyroid disease and increased cholesterol levels, and they have also been linked to cancer. PFAS chemicals commonly used in the U.S. have been linked to birth defects and delayed development.

So, these bowls that are touted as compostable will instead likely make compost more toxic, adding to the chemical load of the soil and water, which, ultimately, humans end up consuming. And because the carbon-fluorine bond of PFAS is so strong and stable, these compounds are persistent, do not readily break down and are often referred to as “forever chemicals.”

The New Food Economy has more:

The biggest culinary star of the past five years isn’t a chef, or a restaurant group, or the author of a cookbook. It’s a bowl, a humble piece of take-out packaging that’s taken the world of commercial foodservice by storm, rising so quickly that few have noted its troubling secret.

If you live in an American city and dine out with any frequency, you’ve almost certainly encountered one: a beige, earthy-looking receptacle, thicker than paper and thinner than cardboard, with a wide mouth and a base small enough to cradle in your palm. In a few short years, bowls like these—known as “molded fiber” bowls in the food-service sector—have become nothing short of a phenomenon. They’re the standard unit of measurement in fast-casual restaurants, which design whole menus around their proportions. They’re a staple for higher-end restaurateurs of the Caviar set, who use them to give take-out orders a touch of panache. And they’re ubiquitous in food halls, where often, no other form of plating is used.