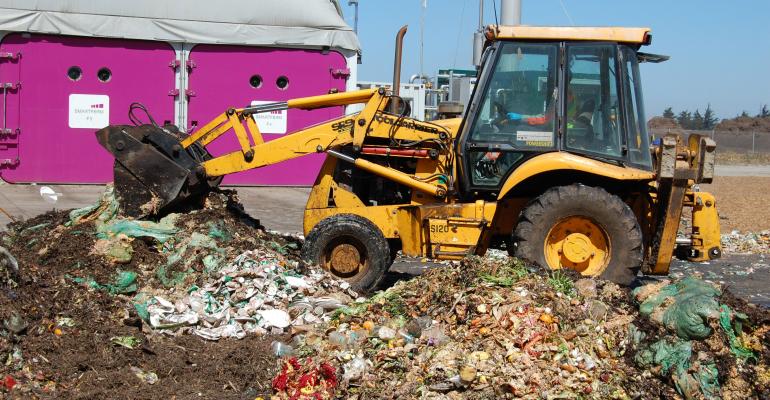 The report tracks the number of operating full-scale food waste composting facilities in the U.S., the types of materials processed and permit requirements.

With the objective of analyzing the infrastructure for full-scale food waste composting across the country, BioCycle compiled the recently released study “Quantifying Existing Food Waste Composting Infrastructure in The U.S.”

BioCycle, a magazine and website focused on composting, renewable energy and organics recycling, leads the Composting Collaborative Initiative, which is designed to unite “composters, consumer-facing businesses and policymakers to share best practices and resources, as well as generate innovative solutions to shared challenges.”

“Quantifying Existing Food Waste Composting Infrastructure in The U.S.” tracks metrics that include the number of operating full-scale food waste composting facilities in the country, the types of materials the facilities process and state permitting requirements. The results of the study are based on a questionnaire that was sent to 300 facilities.

In total (from the master list), the survey confirmed 185 full-scale composting facilities in the U.S. “Full-scale facilities” are defined as municipal or commercial facilities that are equipped to receive and process organic waste that arrives by truckload volume from generators and haulers year-round, with the majority of the 103 responding facilities being commercial.

Regarding permitting, of the responses collected, 56 facilities have obtained a state permit classified as a “solid waste facility permit,” and 43 facilities have a “source separated organics composting permit allowing food waste.” BioCycle sees this as a positive trend, noting that these permit types require an investment in infrastructure and labor to properly manage food waste stream processing, and the facilities must adhere to “more stringent air and water quality requirements.”

The top categories of feedstock accepted by the facilities include: yard trimmings, pre- and post-consumer food waste, all food waste, compostable paper products and agricultural wastes.

The majority of full-scale composting facilities (59 percent) that responded to the survey report composting less than 5,000 tons per year of food waste, while 22 percent compost between 5,000 and 9,999 tons per year.

The results of the latest BioCycle survey (2018) are compared to the results from 2008, showing that 10 years ago, BioCycle identified 267 “food waste composting projects,” which included colleges and universities, farms, commercial composters and municipal facilities, and in 2018, the scope was changed to look at full-scale facilities only, of which, as previously noted, 185 were identified. The survey did not include colleges and universities or entities such as correctional facilities this time around.

“Developing a national standardized data reporting tool for organics recycling, and more specifically edible food and food waste, were raised by a number of officials. However, most noted that the reality of state-by-state differences in what food waste data is required or not required to be reported, makes that challenging at this point in time,” BioCycle states. “What is realistic—and definitely cited by states as a need—are standardized conversion factors for food waste and edible food.”