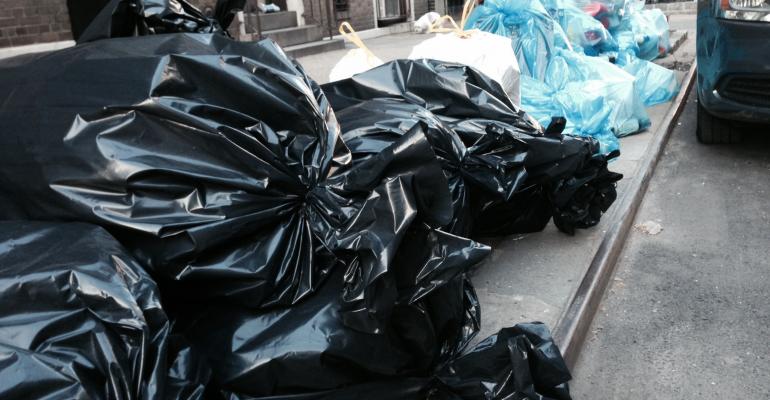 The coalition found that New York City businesses produce 5.5 million tons of waste per year—two million more tons than the most recent official estimate. Of those 5.5 million tons, 4 million are "disposed" (read: sent to the landfill or incinerated), rather than recycled. And while Bloomberg's 2011 PlanNYC report set the city's recycling rate by offices, restaurants, stores, hotels, and hospitals at a less-than-great 40 percent, TDTNYC estimates that the actual percentage is closer to 24 percent.

If not worse. Annual reports foiled with the state's Department of Environmental Conservation show that last year, two of the biggest private waste haulers in the city recycled just 9 percent and 13 percent of their waste, respectively.