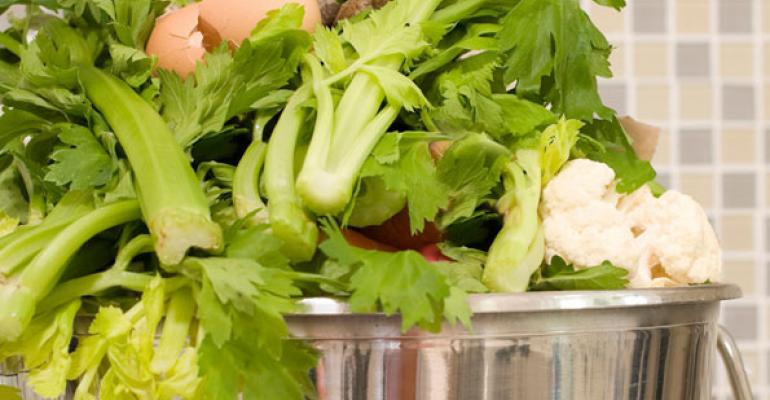 Food manufacturers have been more successful in diverting food waste from landfills than food retailers and wholesalers, according a new study on food waste generation and recycling.

The Washington-based Food Waste Reduction Alliance (FWRA), which commissioned the study, called it the first-ever analysis of food waste data collected directly from food manufacturers, retailers and wholesalers, according to a news release.

Food manufacturers diverted 94.6 percent of food waste from landfills through recycling and donations. Of the food waste diverted 73 percent went to animal feed.

The study indicated that the large volume of food and relatively few manufacturing sites create economies of scale that allow manufacturers to recycle waste at a high rate.

The waste generated through manufacturing tends to be unused ingredients or trimmings. Food waste at the retail level tends to consist of finished products more suitable for donation.

The retail/wholesale sector diverted 55.6 percent of food waste from landfills. Donation represented 32 percent of that total and composting 43 percent.

The study indicated some common challenges for the two groups: lack of recycling options for recycling; and transportation and liability concerns for donation.

The study was conducted by consulting firm BSR and included the support of the Grocery Manufacturers Association (GMA), the Food Marketing Institute (FMI) and the National Restaurant Association (NRA). Data reported was for the year 2011.