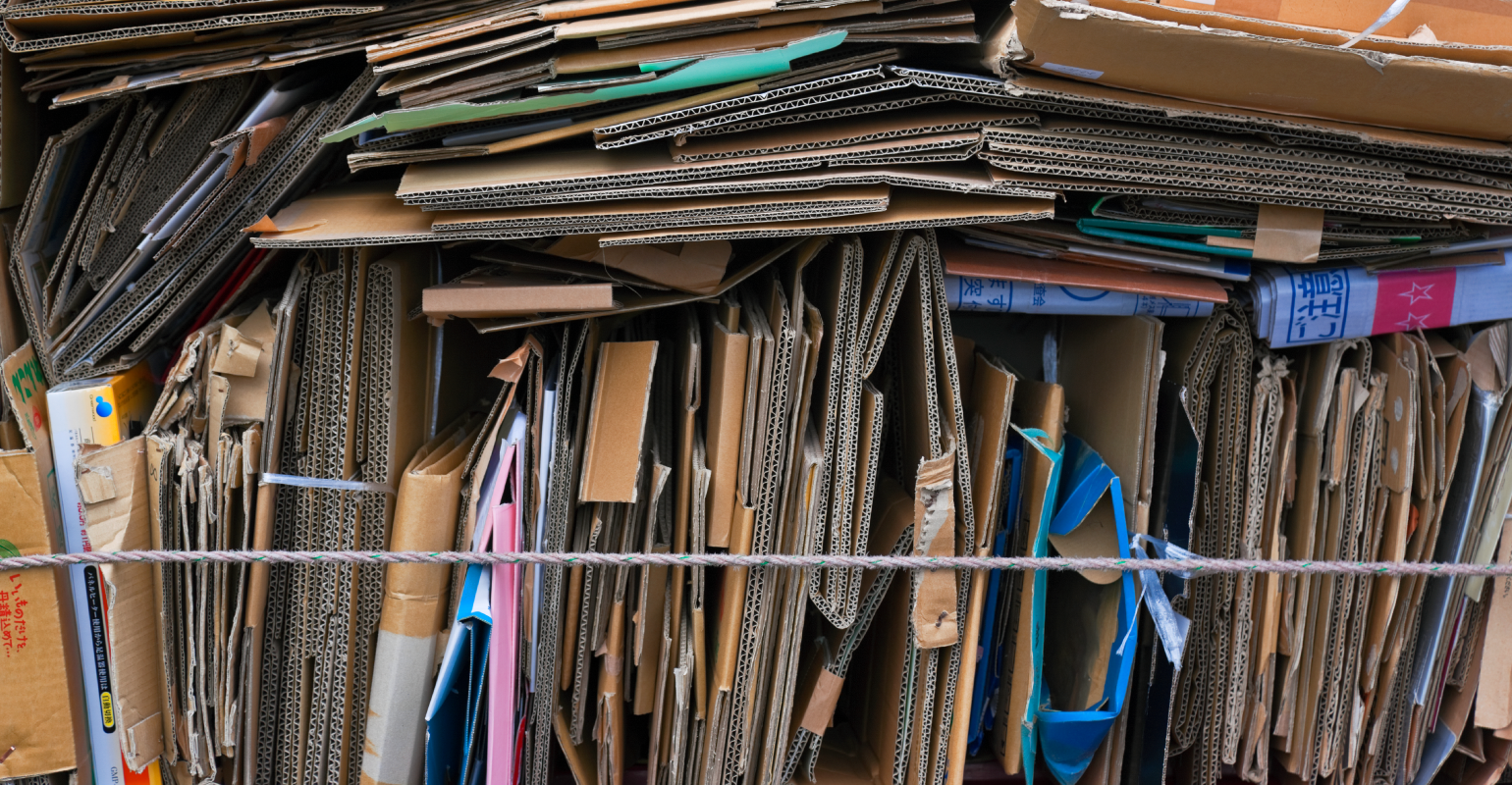 The pandemic-driven shutdown of a large chunk of the U.S economy has caused big shifts in waste volumes. Temporary closings of restaurants, hotels, schools, and office buildings and the workforce’s transition to working from home have brought increases in residential waste and decreases in commercial waste. This shift has been a tough pill for companies focused on commercial waste and recycling to swallow.

On the other hand, waste volumes in the health care and residential real estate sectors have significantly increased, making that pill go down a little easier.

The waste and recycling industry’s role in the economy is essential, so these services will continue. But the fluctuations in waste patterns and the public health hazards posed by COVID-19 have industry stakeholders keeping a wary eye on ensuring the safety of their workers and customers.

Waste360 recently spoke with RoadRunner Recycling CEO Graham Rihn about the impact this pandemic has had on the commercial waste sector; methods his company has used to manage volume fluctuations while keeping workers and customers safe during the crisis; and steps that will need to be taken as states and cities allow businesses to reopen.

Waste360: At a high level, how has the COVID-19 crisis most deeply affected your business?

Graham Rihn: It was pretty much an overnight switch for us as a business. It took a couple weeks to get used to the new normal. But now we're certainly used to it, and we’re starting to see signs of coming out of it. So yeah, I would say we got through it, but I wouldn't say it was easy.

Waste360: The pandemic has obviously forced big shifts in people's lives, and that in turn has effected changes in the volumes and types of waste being generated. With many businesses temporarily shut down, and people sheltering in place and working from home, we've been seeing more residential waste being generated, and less commercial waste. Your company, RoadRunner, is focused on commercial recycling. Have you seen decreased overall volumes?

Graham Rihn: We have, yes. We target 11 industries, four of which were hit pretty hard: hospitality, retail, schools and universities, and restaurants. Those four industries — and we’re in 10 markets — were either totally shut down or operating at much lower volumes. So we did see a reduction. But we also work with a lot of multifamily, and health services. So at the same time we've seen an influx of waste generation in multifamily households, and health services has been churning through a lot of materials. So it has been a seesaw, but I would say that the low volumes have outweighed the uptick.

Waste360: What about supermarkets? How have the volumes been trending for you in that sector?

Graham Rihn: What we've seen is at the large end, the supermarkets are exploding. The very large chains, they're higher than they’ve ever been. But as you get down to the medium-sized supermarkets and small grocers, it's slightly less than it was pre-COVID.

Waste360: Among the other industry sectors you serve, are there any that have had increasing waste volumes, or at least volumes staying steady?

Graham Rihn: The only other one that has been steady, and this varies by region, is manufacturing. We’re pretty heavy into manufacturing. That's our largest industry. They’ve sustained volumes pretty well. Especially in the Texas region. We're in three cities in Texas. We haven't seen quite the dip down there that we saw in other regions.

Waste360: How do you manage these fluctuations in volumes so that they'll have the least negative impact on your business overall?

Graham Rihn: The good thing that we did years back was we built technology to manage fluctuating volumes in real time. So we receive data daily on routes from customer locations just to get a feel for what their generation rates are at. And we're able to re-optimize the route if we can fit more volume on it. So that's a positive thing. It saves on trucking costs per ton. We travel less miles and get more material. So we've adjusted there. The other positive thing that's taken place was that as the contraction happened, the commodity rates for most of the materials have increased dramatically over the last 60 to 90 days. So although the drop in volume would have been a considerable hit to the business, the equal and opposite positive was that on a per unit basis, rates have gone up, in some cases 50% to 75%. So it hasn't been the major hit that we would've expected due to that. I think there's been such a drop in supply in the marketplace that for a lot of these sources, the people who need the material in the country domestically are paying much more for it.

Waste360: Which commodities have gone up the most?

Graham Rihn: We've seen cardboard rise. We've seen an unlocking of mixed paper, which had really been in a trough for two or three years. So that's come out, and there's some value there. So I would say the strongest is cardboard and clean paper. And then mixed paper went from nobody wanting it to being a sought-after material.

Waste360: What safety measures have you instituted to protect your workers, and how has that affected your business?

Graham Rihn: As a corporation, we went work-from-home companywide in early March. And then as it relates to our haulers, we reached out to get a pulse for what type of PPE equipment they had. And for the haulers that we felt didn't have the correct PPE, we created care packages and sent each of them some masks, gloves, and gift cards, just to say, "We understand this is a crazy time and there's added risk, so we want to help you as you get through this time as well." So we've continued to prioritize safety. We're sourcing more masks as we speak, just to make sure that all of our hauler partners have protection. I do continue to see examples where, particularly on the residential side, some solid waste companies’ workers still don't have PPE, which is a shame given the risk that these people, their frontline workers, are taking on. So we hope to continue to do more in that light when we see it and have an ability to do so in the future.

Waste360: Is there much cost involved with instituting these safety measures? I'm curious how it’s affecting your business from that standpoint.

Graham Rihn: No, it's more a process than it is a dollar cost. It's not an easy thing to source right now. It's a little bit easier now than it was a month ago. But I wouldn't look at it as a constraint or bottleneck, to get the materials, or the dollars. It's more, what do we have to do to get these to the right people, get it for a cost that's reasonable, that type of thing.

Waste360: As we're seeing many states and cities starting to gradually allow businesses to reopen, one would expect that this process would gradually return waste volumes back to normal pre-COVID-19 proportions. Is that how you expect this to play out, and how do you plan to manage this reopening process?

Graham Rihn: This is something we’ve thought a lot about. Being in 10 markets spread throughout the country, one thing we realized was that they started shutting down in different time frames and at different paces, and we also expect that to happen — it's actually already started happening — on the reopening side. So I think it'll be a more drawn-out reopening. It won't be as quick as the reductions that took place with the service-level decreases. But Texas has already started opening up considerably, and we’re starting to see some of our markets in the Northeast come back with calls regarding increases. So what we we’re doing is we're using automated communications to get out ahead of the requests to say, "Here's what's going on in your neck of the woods. Have you considered restarting or increasing your service back to pre-COVID levels?" We're trying to make the customer experience of getting back up to speed not a worry, while they worry about a lot of other things.

Graham Rihn: Pennsylvania and Ohio have cities that are starting to open up, and we're starting to see even the restaurant and retail businesses increase. I do expect the Philadelphia and Washington, D.C. metros to be a little bit further down the road. We're hearing that in parts of Maryland and in Washington, D.C., it could be well into August. And there's really no time frame yet put out there for many areas, so we expect those to lag in reopening a little bit. The same would be true with parts of Chicago.

Waste360: How do you expect the next few months of the reopening process to play out for the industry as a whole?

Graham Rihn: I think it's a good time for people to realize that the waste and recycling industry is absolutely an essential service. A lot of the industry went through quite a bit of risk to make sure that everybody is safe and healthy, and that their well-being is good. I think we could use this as a platform to say don't forget about this industry.