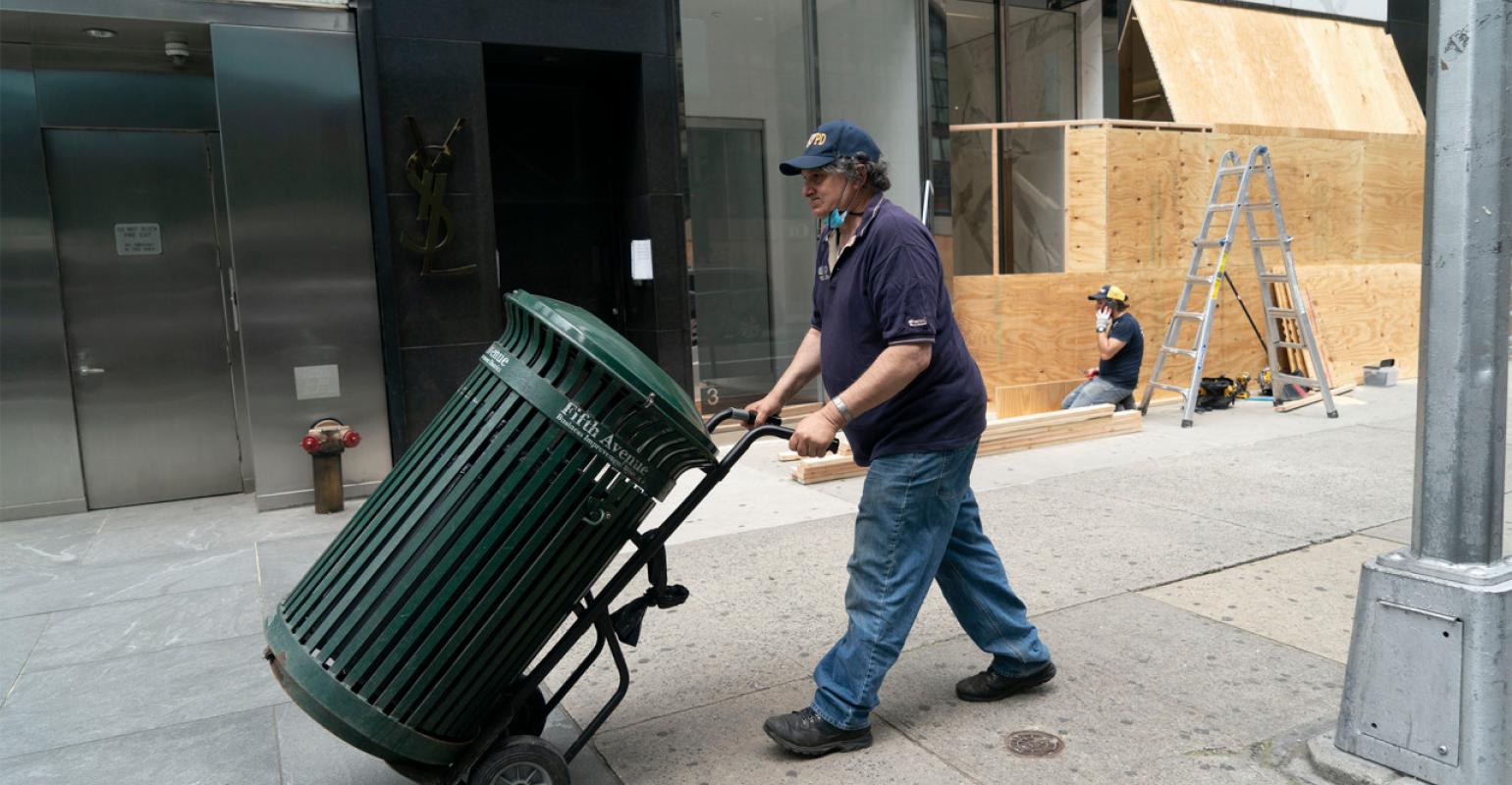 Earlier this week, city officials in New York City pulled public trash cans out of neighborhoods hit by unrest or that they suspect may be targeted by looters after the death of George Floyd.

That’s nearly nine percent of the 23,000 Department of Sanitation trash cans that sit on street corners across the five boroughs.

“Removing baskets is standard practice during some large events like New Year’s Eve celebrations, parades, and the like,” said Sanitation spokesman Joshua Goodman.

Goodman said the cans will be returned in the coming days.