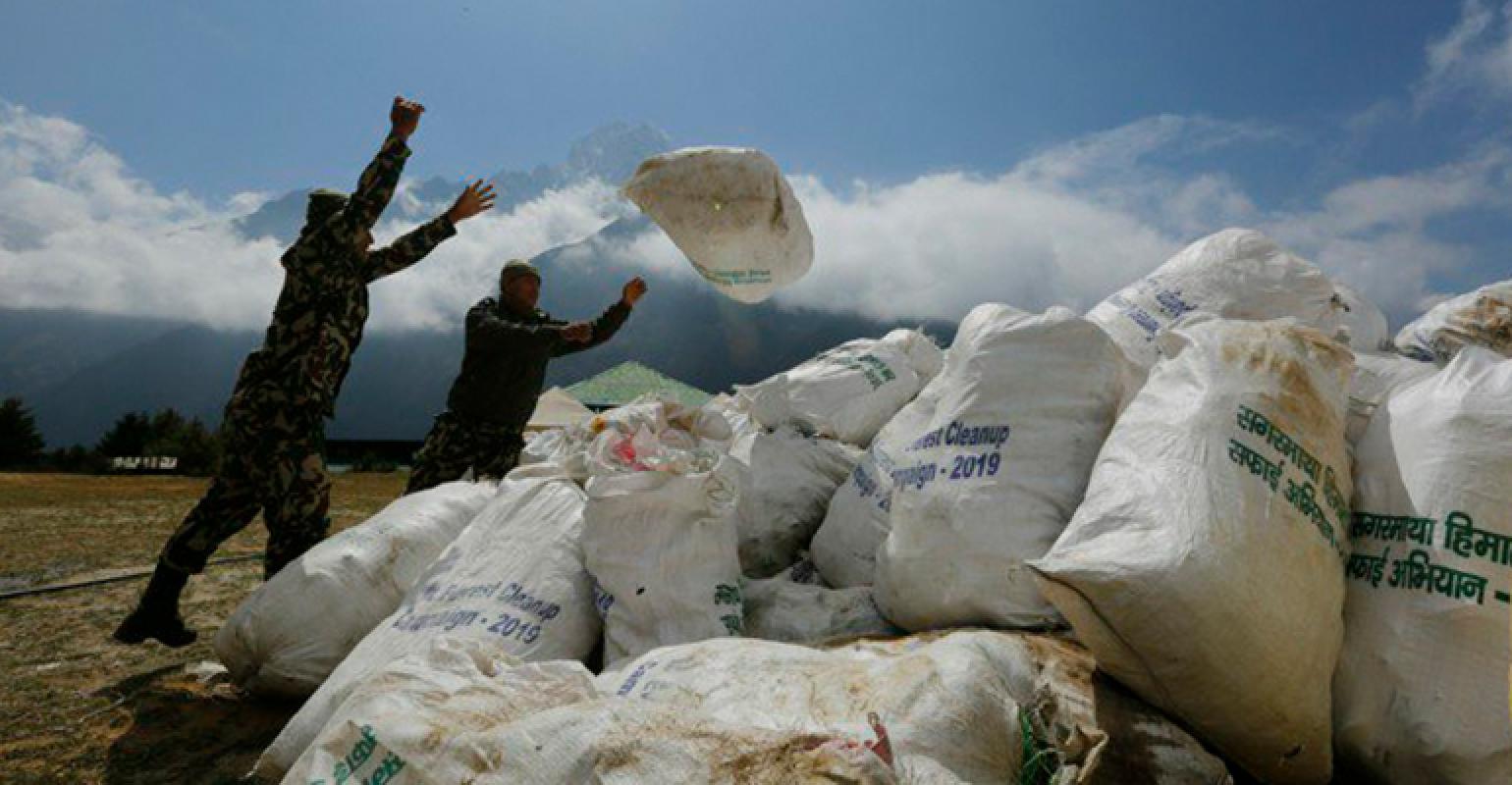 The trash buildup is only part of the problem the world’s most famous peak has experienced recently. Various news reports have noted that this year has been Everest’s deadliest climbing season on record since 2015—with 11 killed on the mountain in 2019 alone.

The Nepalese government has yet to say whether it plans to restrict the number of climbing permits each year. Reports also note that climbers bring in $300 million to Nepal, a relatively poor country.

The world’s most famous peak is showing its wear and tear. Since it was first successfully topped in 1953, Mount Everest has become a sought-after destination for international daredevil climbers. Each spring, hundreds of people flock to the slopes of the nearly 30,000-foot mountain.

The problem is what they leave behind — tons of garbage and human waste that have earned the natural wonder the distinction as the “world’s highest garbage dump.”

The issue was underscored on Wednesday, when the government of Nepal announced that 24,200 pounds of garbage were pulled off the mountain during a 45-day cleanup expedition, according to the Times of India. Bigyan Dev Pandey, a spokesman for the Nepal Army, told the paper that the tens of thousands of pounds of trash included “empty oxygen cylinders, plastic bottles, cans, batteries, food wrappings, fecal matter and kitchen waste.”