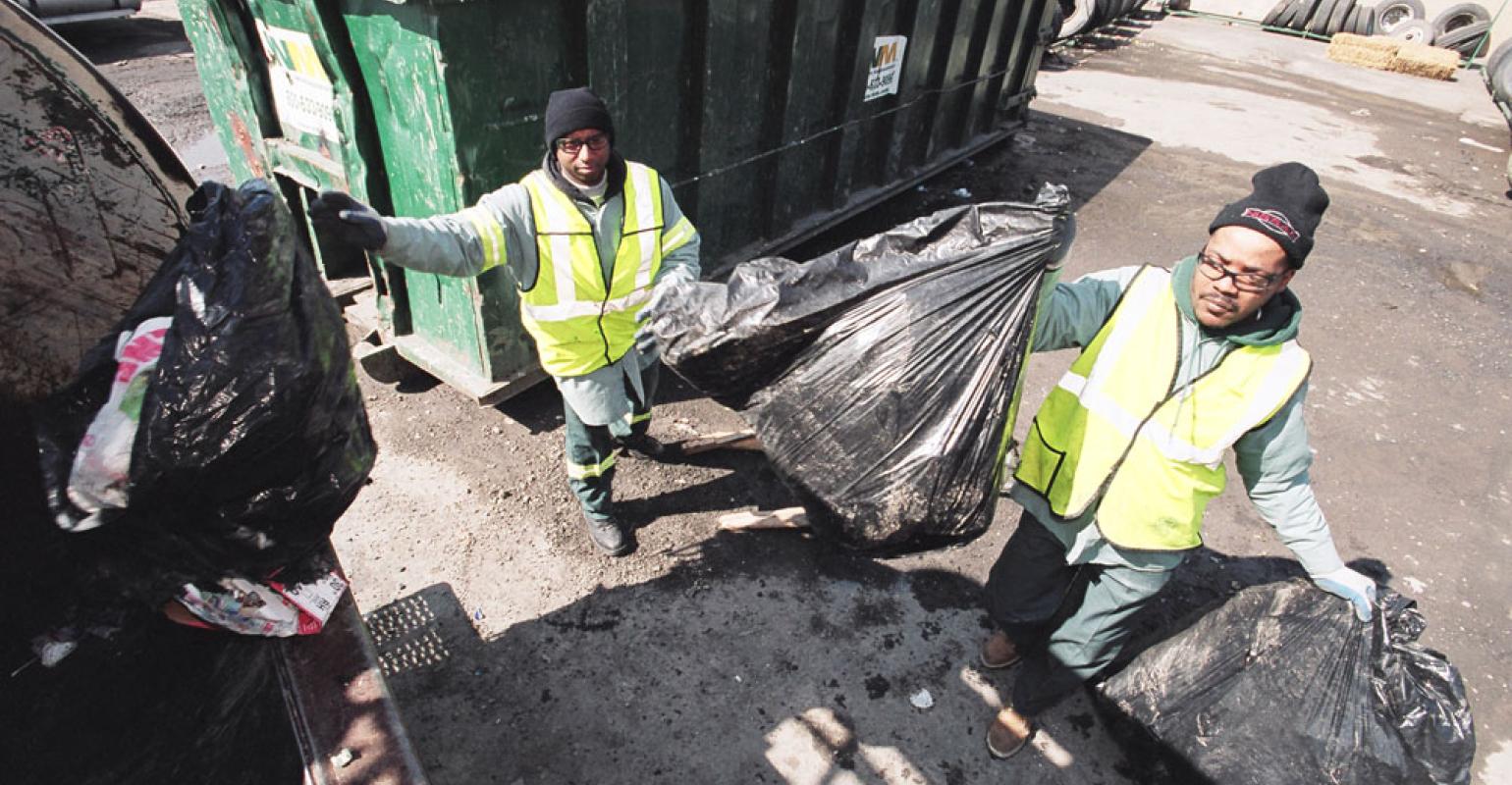 A flurry of union activity in 2012 highlighted labor&rsquo;s sometimes tense relationship with the waste and recycling industry.

The waste and recycling industry is like most industries when it comes to labor relations. The companies don’t much like the unions, and the feeling is mutual.

This year the industry suffered several high-profile strikes by the Washington-based Teamsters, the predominant union organizing waste and recycling workers. In the spring Phoenix-based Republic Services Inc. faced a work stoppage of a little less than two weeks at two of its Alabama facilities and then enforced a short lockout in Indiana. In the first case the issue was health insurance; in the latter, pensions. 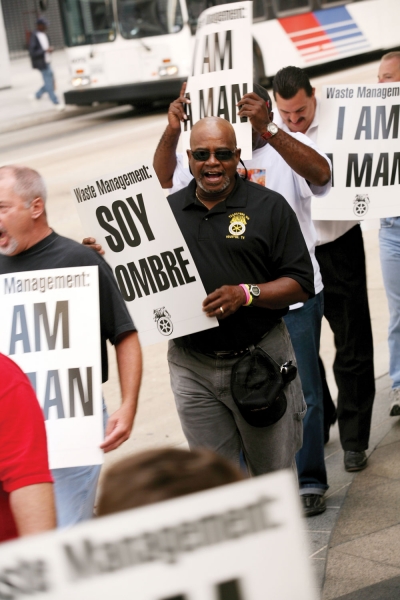 Then this summer Houston-based Waste Management Inc. suffered a strike of about a week in the Seattle area regarding salary increases. Theo Galoozis, vice president, labor relations, for Waste Management, says the company tries hard not to let it get to that point. “If you ever hear of a strike with us, I guarantee the other side isn’t being reasonable,” he says. “We have to live together afterward.”

Galoozis says one challenge for the waste industry as opposed to some other fields is that customers just want their garbage taken away when it’s piling up, and they don’t care so much about who does it or the reasons behind a problem.

Mary O’Brien, chief marketing officer with Jacksonville, Fla.-based Advanced Disposal Services Inc., agrees with Galoozis that good waste companies aim to differentiate themselves, but the old adage can apply: “When we’re doing our best job you don’t know we are there.”

With labor relations, the waste industry is competitive and changing from a technology perspective, Galoozis says. “Collective bargaining process law was written for a different day. Things go slow. [Companies] want to make the right decision, but they don’t want to take a year to do it.”

Waste Management didn’t say how much of its workforce is organized; at Advanced Disposal the number is small – less than 10 percent. But that will increase with its just-completed purchase of Veolia ES Solid Waste Inc., which has operations in several union states in the Northeast and Midwest.

While the company would rather not have a union, O’Brien avoids putting it in those terms. “First and foremost, what we’re looking for is professional drivers, mechanics, employees that have a strong work ethic, want to do a good job and want leave the environment clean.”
Galoozis agrees. “People think you’re antiunion. On the contrary, we’re pro-employee,” he says. “Your first responsibility is that your employees are properly taken care of, gainfully employed and are safe. If you do that everything else is going to take care of itself.”

The waste industry is an organizing target for the Teamsters. The union has a Solid Waste, Recycling and Related Industries Division and already 32,000 members in those businesses, says the division’s director, Robert Morales. The Teamsters sees a potential additional 150,000 to 200,000 members. “Garbage will be the second biggest job creator for the Teamsters after UPS,” he says. 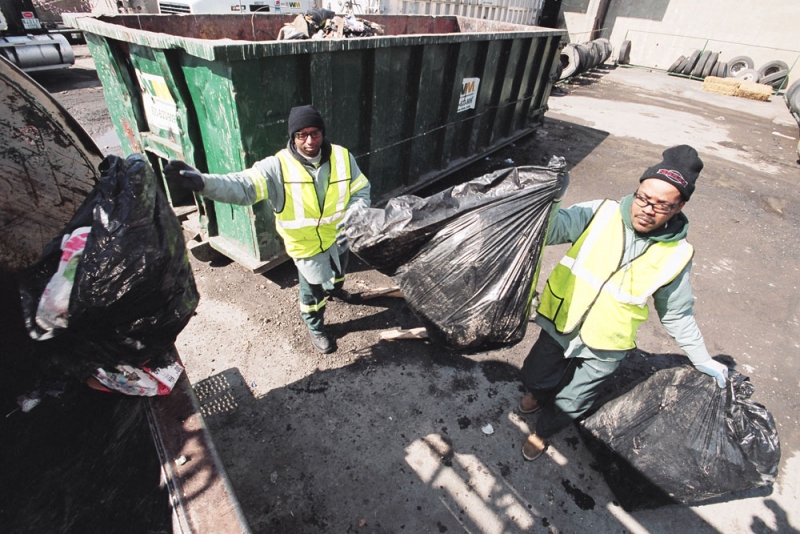 Los Angeles, New York and Miami are key geographic organizing markets for the Teamster waste and recycling division. “We believe that having control of these markets will help not only membership but also the climate,” Morales says. “We can save stuff going into the landfills for better use.”

The union also is aiming to work with municipalities to help improve safety for its workers, because Morales claims there are many employers that are not following proper guidelines.

Morales also believes a lot of non-union employers and chambers of commerce continue to fight unionization because “they don’t want to have a controlled system since they know if they have to follow the guidelines it’ll cost more.”

Galoozis says Waste Management has great relationships with the union at some locations and less strong relationships at others. The reason isn’t geography resulting from a generally unionized North and non-unionized South. It comes down to individual personalities. “A union is no different than any other large organization. People are committed to their jobs but they’re also committed to their careers.”

Sometimes those personality issues can make working with a union more challenging than a non-union workforce, says Scott Friedlander, general counsel for Advanced Disposal. With a union a company may be dealing with a business agent who may not know the business well. Individual circumstances more easily can be taken into account with a non-union staff. “The one-size-fits-all of a union contract sometimes makes that more difficult.”

Regardless of the personalities involved, Waste Management aims to be consistent and stick to business. “Our position always has been with unions that we respect the law and process,” Galoozis says. “When we present proposals we submit them with legitimate business justifications.”

Galoozis has seen both small and large companies handle labor relations and there’s not much difference. He’s seen smaller companies sometimes manage a negotiation better because they have more intimate knowledge of the situation.

Safety is a bigger issue in the waste and recycling industry than some others because it can be a dangerous business, Friedlander says. “Frankly, with union cooperation we’ve been able to make strides in terms of our safety performance.”

Friedlander says health care and pension plans, many of which are underfunded, are bigger issues than wages these days. Morales agrees. With pensions, he says, companies sometimes “want to destroy what took us many years to obtain.”

Galoozis argues that society is much different than 25 years ago. “Industry itself is changing. Any time the way of doing business changes, that causes consternation. Lots of locations understand that, but change causes fear and uncertainty that can make negotiations more difficult.” 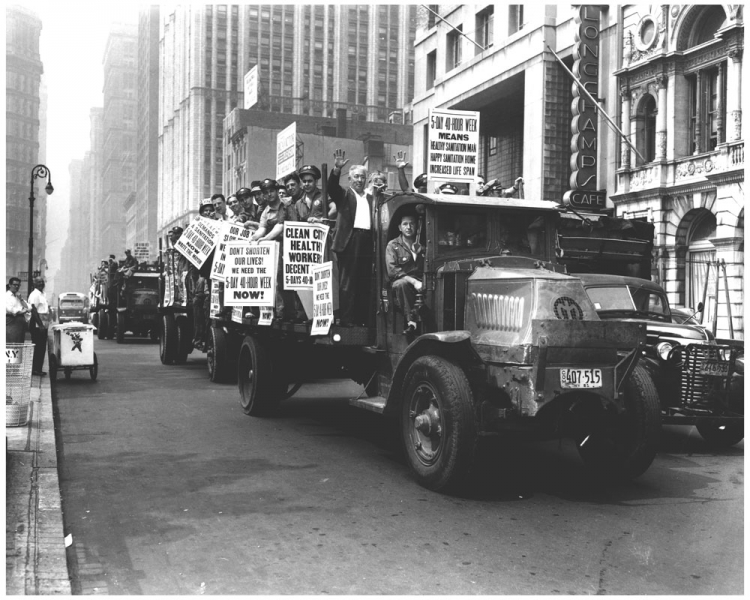 elations in the waste industry getting better. “Unions that we deal with for the most part recognize that we’re in a competitive industry. If we don’t service our customers well, someone else will. The problem for a union is that it could be a nonunion competitor.”

And the unions generally recognize that wage and benefit levels need to match productivity. “Then we all win. We get more business. They can get more employees.”

The thing to keep in mind with labor relations, Galoozis says, is the golden rule – to treat workers as you would want to be treated. “If you keep in mind that first and foremost your employees are your biggest asset, you should be fine.”