How Municipalities Across the U.S. Manage Waste from Mardi Gras Celebrations 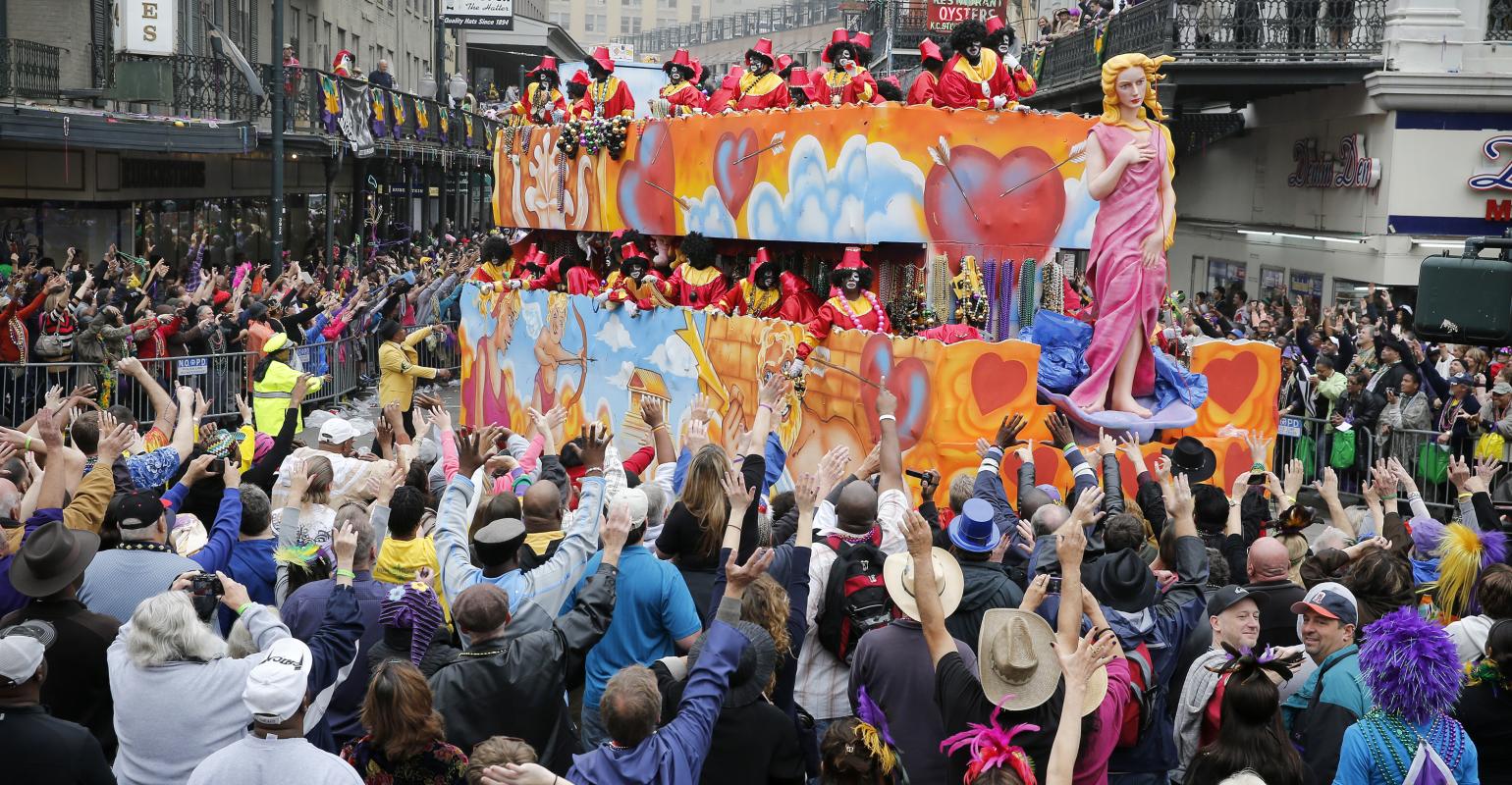 Different cities have different plans to pick up after the parades.

In New Orleans, there’s a saying: The success of a Mardi Gras is measured by the amount of trash that gets picked up. By that logic, last year’s celebration was a 1,328-ton success, and this year has likely brought more of the same.

The first Mardi Gras celebration held in the U.S. wasn’t technically held in the U.S. The festivities occurred in what would later become Mobile, Ala., in 1704, but the territory was actually owned by the French at the time. The celebrations slowly migrated down to New Orleans and gradually grew into the spectacle that’s wrapping up today.

New Orleans by far has the most elaborate Mardi Gras celebration in the country, with dozens of parades and tens of thousands of participants each year. Parades are held daily in the week leading up to Fat Tuesday, requiring a massive, coordinated cleanup effort led by the New Orleans Department of Sanitation.

“We want to hear that nobody believed a parade passed through the night before because they wake up and everything is clean. That’s our goal,” says Cynthia Sylvain-Lear, director of the New Orleans Department of Sanitation. This year’s cleanup effort will involve more than 850 workers and around 125 pieces of equipment ranging from front-end loaders, street sweepers and buses to transport workers from spot to spot.

With each parade, Lear and her team have divided the route into at least three segments to increase efficiency. One cleanup crew will follow behind the parade route to start, and eventually hand the reins to a new team. “There’s a midway point where there’s a whole other crew of laborers and equipment that jump in when the parade passes their location,” says Lear.

The city is working with Empire Services to help clean up the French Quarter and an existing downtown development crew to assist with the downtown cleanup. The trash collected is transported to a nearby transfer station, which saves trucks the extra time of making multiple trips to the nearest landfill.

Thanks to the segmentation of routes and coordination between workers, the city has managed to finish cleanup for each parade in an hour and a half during the weekend of February 3 and 4, the first weekend of festivities.

To help fill the need for temporary labor during Mardi Gras, the New Orleans Department of Sanitation has partnered with JOB1, a business association that seeks work for hard-to-employ individuals. The city hired more than 200 workers from JOB1 for this year’s celebrations, and Lear says they look to these workers when full-time opportunities become available. “If they can work with us and have the stamina for Mardi Gras, then these are people that we would love to have,” says Lear.

During this year’s festivities, an increased focus is being placed on recycling and preventing unnecessary waste from going to landfill. The Young Leadership Council of New Orleans (YLC), in partnership with the ARC of Greater New Orleans, collected recyclable materials at two different parades, with the hopes of increasing their presence in future years.

ARC of Greater New Orleans has been helping the city recycle the popular bead necklaces, known as throws, for years. The nonprofit will collect used or discarded beads after parades, re-sort and repackage them and then sell the beads back to parade participants to be used the next year.

In this year’s pilot recycling initiative, around 200 YLC volunteers distributed recyclable bags to parade participants, known as krewes, as well as spectators before the parade began. They also set up six different collection stations along the route to provide spectators with a convenient place to dispose of their recyclables.

After the parade had passed but before the city cleanup crews arrived, collected recyclables were bagged and taken to a recycling facility. Comingled recyclables that were collected were taken to a materials recovery facility (MRF) run by Republic Services, which donated its assistance for both parades.

Although the initiative was in place for only two parades this year, YLC Project Leader Hannah Kincannon hopes to expand to more and more parades throughout the year. “We hope that we’re building a program the city can eventually adopt in the future,” says Kincannon. 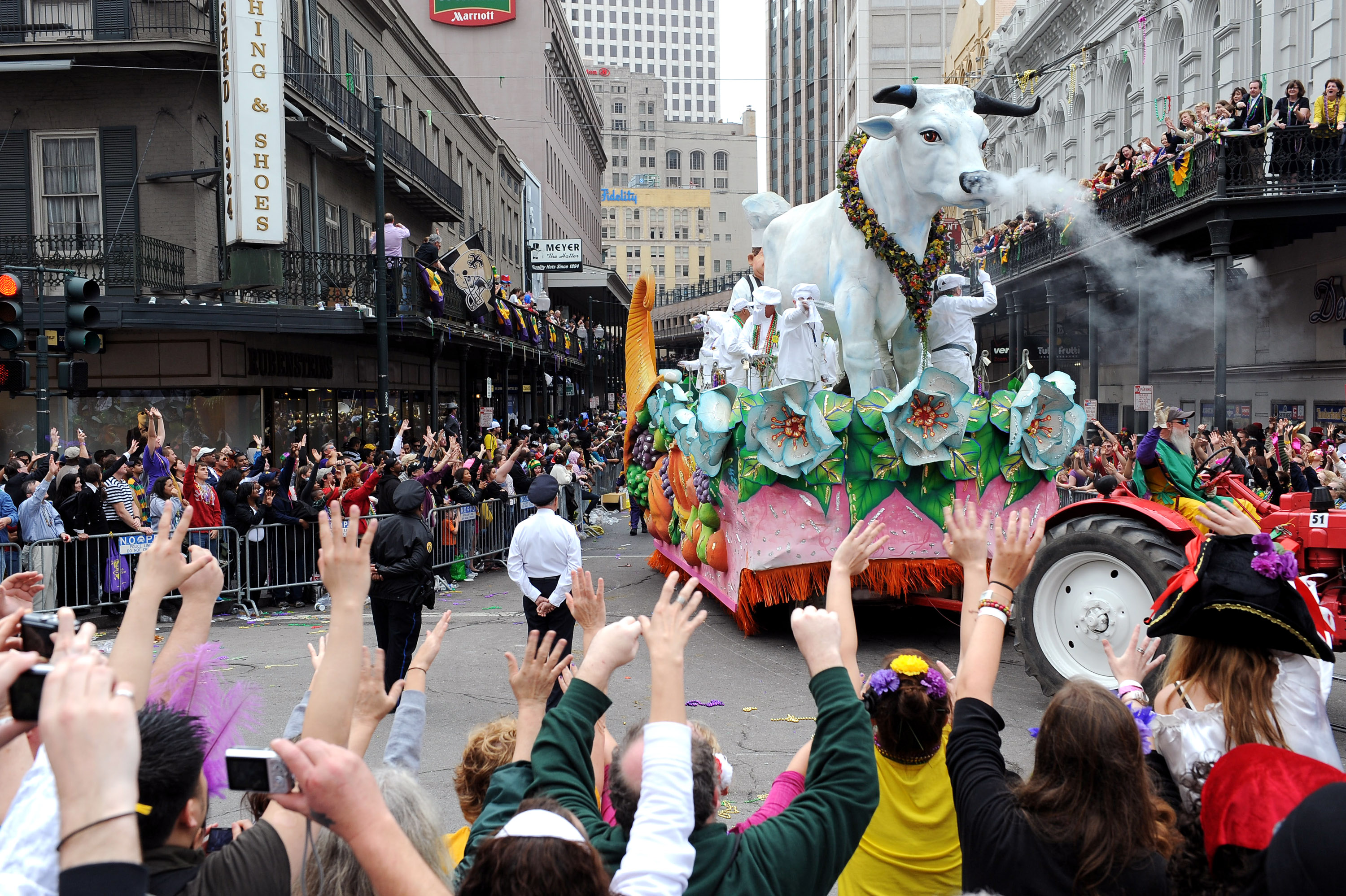 Although its festivities may not match those of New Orleans in size, the Mystic Krewe of Nimbus in Portland, Ore., isn’t lacking in enthusiasm. With a 21-and-over Mardi Gras ball held the Saturday before and a family-friendly parade on Fat Tuesday, the community comes together to celebrate the elaborate outfits and music that make Mardi Gras special. “The music and the costumes are number one,” says Bridget Bayer, who helps organize the events every year.

This year’s cleanup efforts will include the launch of a new program. Students from a community transition program within the Portland Public Schools will assist in cleaning up after the parade and in doing so raise money for their end-of-the-year trip.

A local restaurant will provide the students with a meal after the cleanup, and the owner will talk to them about entrepreneurship and working at a small business.

Paul Ronan, a teacher in the community transition classroom and an organizer of the Mardi Gras celebration, says he appreciates that the parade is both inclusive and family friendly.

Ronan will be helping the students lead the cleanup charge. “I’ve done the parade for many years, but I’ve never taken on the cleanup. I doubt it’s going to look anything like a New Orleans mess.”

To help cut down on that mess and promote the family-friendly atmosphere, there’s no alcohol served at the parade, and all the beads provided are recycled and brought from Louisiana. Krewes will also sometimes hand out decorative mini umbrellas instead of beads, as they are much less likely to be thrown away.

2018 is a special year for the St. Louis Mardi Gras since it marks the city’s 100th year of celebrating in the Gateway to the West. Like Portland, the festivities are on a much smaller scale than New Orleans, but unlike Portland, the big ticket item is a parade held the Saturday before Fat Tuesday.

The cleanup effort is led by Regency Enterprise Services, a local event services company. Charles Brown, the owner of Regency, is especially equipped for Mardi Gras cleanup, having worked under his father in the New Orleans Sanitation Department for 10 years.

When asked what makes a Mardi Gras cleanup unique from the other events that Regency handles, Brown responded, “There is a lot of alcohol, a lot of beads and a lot of just about anything you could find.”

Many bars and restaurants offer recycling and recycle their own waste during the parade, but out in the street, waste streams are just too contaminated, according to Brown. “It’s very hard to recycle at Mardi Gras,” says Brown.

St. Louis celebrated its centennial Mardi Gras with nearly 100 floats in the Bud Light Grand Parade, which traveled through the Downtown South and Soulard neighborhoods and ended at the Anheuser-Busch brewery. 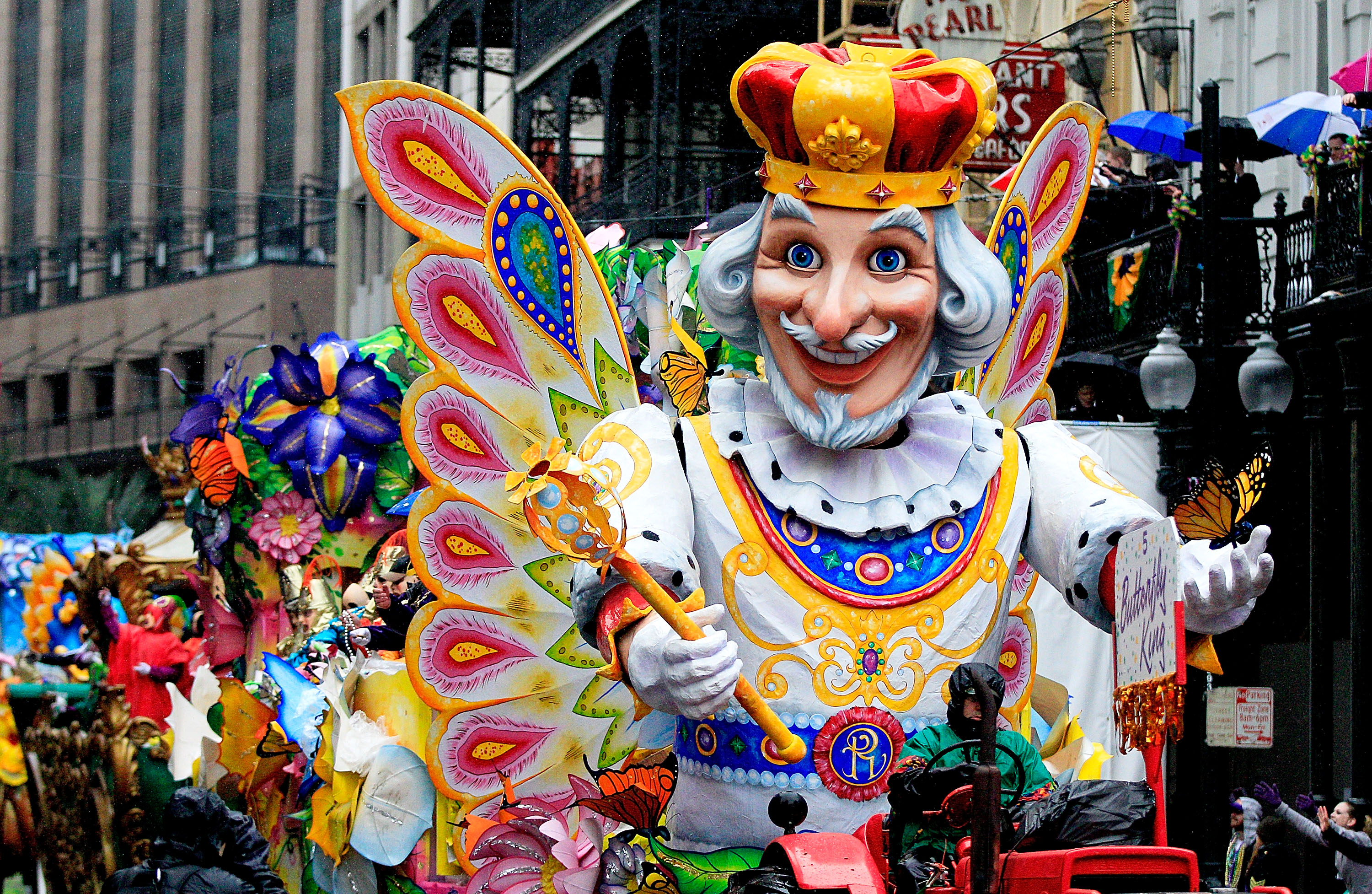 Pensacola, Fla., Mardi Gras consists of two parades: one Friday night before Fat Tuesday and one the following afternoon. Both are cleaned up by Keep Pensacola Beautiful, a nonprofit that focuses on beautifying public spaces and being stewards of the environment.

“We set out trash barrels along the parade route to try and mitigate the amount of litter that ends up on the ground,” says Sigrid Solgard, executive director of Keep Pensacola Beautiful. After each parade is over, Solgard says her team of volunteers works for about four hours to pick everything up.

Keep Pensacola Beautiful has taken on the cleanup efforts for about 15 years, working to return the street to pre-parade conditions as quickly as possible. “There are businesses that need to open, and they want their street cleaned,” says Solgard.

After Friday’s parade, the nonprofit picked up roughly 10,000 cans, 3,000 plastic bottles and 2.5 tons of beads. Saturday’s parade had about 6,000 participants and 100,000 spectators, and there was a children’s viewing area for each parade with no alcohol or tobacco allowed.