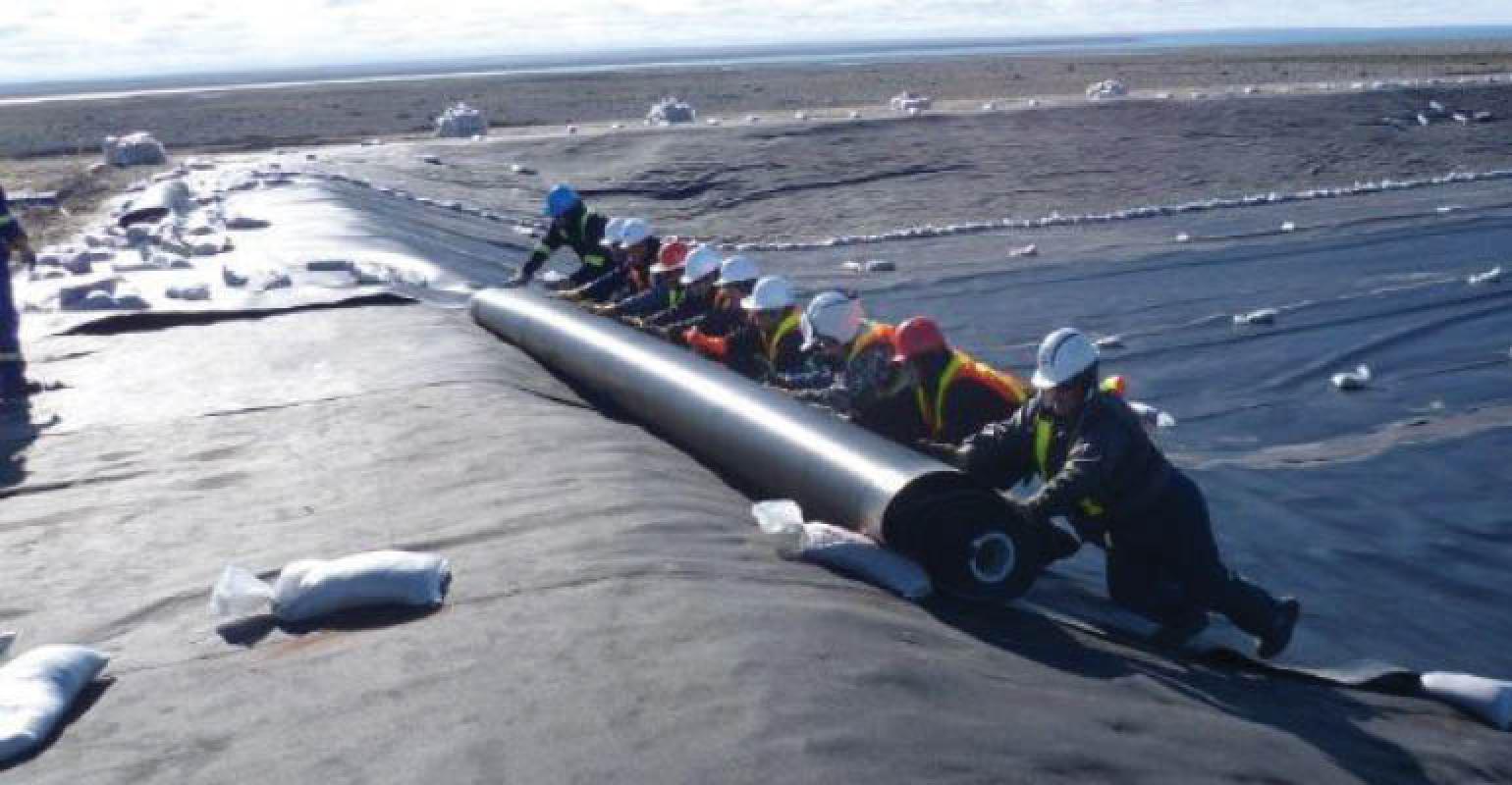 A recent report examines the efficacy of exposed geomembranes and engineered turf covers.

As more landfill owners and operators ponder post-closure plans as facilities near their capacities, there’s been renewed interest in alternative covers.

“Among concerns were effect of landfill settlement on final cover integrity during post-closure care; slope stability; soil erosion; and the continual need to maintain cover vegetation,” O’Brien says. “With a traditional system you need compacted clay or geosynthetic clay liner, a geomembrane layer, soil on top, then grass on top of that. Getting grass or other vegetation to grow is hard, plus some operators have to haul in dirt.

“Also side slopes have two feet of soil … which can slough off when it rains, requiring you to rebuild it,” says O’Brien.

Additionally, even the minimum two-foot soil requirement translates to a lot of airspace that could otherwise be used for waste disposal.

"Still, there are tradeoffs with alternative covers," O'Brien adds. "Exposed geomembranes must eventually be replaced. And with no protective top layer, there is more storm water runoff. But exposed geomembranes provide visibility allowing operators to monitor liner’s performance as settlement occurs. You won’t have to mow grass, significantly reducing maintenance costs.”

“The engineered turf layer will eventually degrade,” O’Brien says. “But you can drive a vehicle on the surface to monitor the site. Turf slows storm water runoff, and some think it’s more aesthetic. You can also reuse airspace because you don’t have to replace it [as would typically be required with exposed geomembranes]. Engineered turf is designed to protect the geomembrane from UV rays and oxidation. And, like the exposed geomembrane, does not require vegetation maintenance.”

As far as how jurisdictions are treating these options, four of the five surveyed states with exposed geomembranes require replacement with traditional covers when the membranes reach a certain strength thresholds. Every surveyed state permitted engineered turf as final covers.

The City-County Utilities Administration for Winston, Salem-Forsyth County in North Carolina has applied to the state to run a pilot where an exposed geomembrane would be installed on half of its nine-acre site, and artificial turf on the other half.

"We were not sure which way to go, so we said let’s try both. We will watch them for a number of years and see,” says Ed Gibson, solid waste engineer for the city-county utilities administration.

North Carolina has never permitted an exposed geomembrane for final cover, unsure if it will hold up.

“We wanted them to come out and see the pros and cons to give them comfort,” says Gibson.

The utility will look at maintenance, durability, and environmental impact, then determine its direction.

Chester County, Pa., is the second jurisdiction in that state to install engineered closure turf, choosing it for two reasons.

“It only requires about three-quarters of an inch of sand, eliminating cost and environmental impact to truck in soil as cover.... Also, we have acres of southern exposure that we thought may be a good place to install solar panels, and we won’t have the headache of having to mow between panels,” says Bob Watts, executive director, Chester County Solid Waste Authority.

The system is performing as expected, other than one finding.

“We had to install landfill gas relief valves, as we were getting gas underneath the membrane, and artificial turf can’t handle the same pressure as conventional systems. But the valves eliminated the problem,” says Watts.

O’Brien advises landfill owners assessing their options to consider their soil availability—if it’s lacking, either alternative would resolve the problem. They should keep in mind they will need good storm water management systems to accommodate extra flow. And either system would be of interest with steeper and or longer side slopes as both cover types effectively address side slope slippage and erosion.