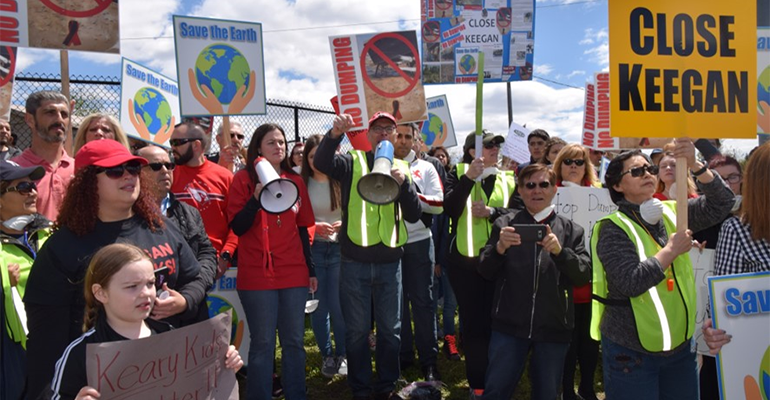 Residents have complained about the landfill’s foul-smelling emissions and associated health hazards for years.

Officials in New Jersey have signed an agreement to cap the Keegan Landfill in Kearny, N.J., and dedicate the site to “public passive recreation,” The Jersey Journal reports.

The agreement provides a timeline for the site to be capped, which is slated for completion in October 2021. Kearny Mayor Alberto G. Santos stated that the final order reflects the agreement reached with the New Jersey Sports and Exposition Authority, which owns and operates the landfill, in early January.

“While finalizing the details of the closure agreement took longer than expected, that was because of extensive negotiations on details related to the fill material, synthetic cap liner and permitting schedule with the NJDEP [New Jersey Department of Environmental Protection],” said Santos in a statement. “We wanted to make sure we fully protected the town’s interests. We believe the signed closure agreement achieves that goal.”

The Keegan Landfill has been a longtime nuisance, as many residents have complained about its foul-smelling emissions and associated health hazards. Residents and environmental advocates have pushed for its closure for years. In 2019, a Superior Court judge in New Jersey ruled that the landfill in the Meadowlands “represents a clear and immediate danger” to nearby residents in Kearny and would remain closed.

The Jersey Journal has more information:

Kearny and state officials have signed an agreement to cap the Keegan Landfill, bringing a years-long battle over the noxious site one step closer to a final resolution.