REMADE Announces $33 Million in New Technology Research to Accelerate the U.S.'s Transition to a Circular Economy 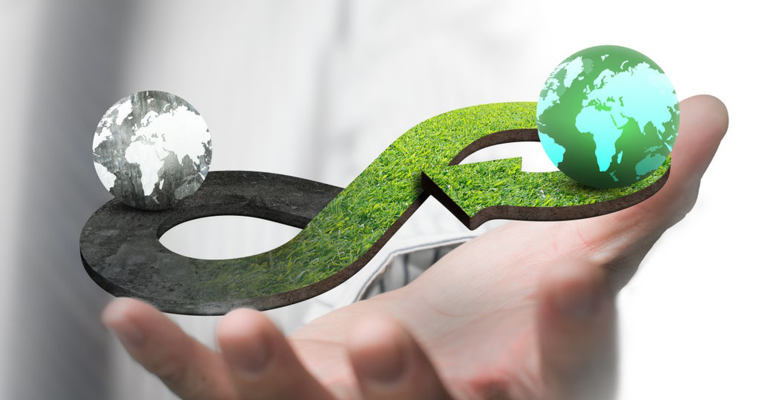 ROCHESTER, N.Y. -- The REMADE Institute, a 132-member public-private partnership established by the U.S. Department of Energy (DOE) with an initial investment of $140 million, today announced $33.2 million in new technology research, selecting 23 new projects as part of the Institute's latest round of funding.

"The transition to a net-zero greenhouse gas economy will require an unprecedented reduction in the embodied energy and carbon emissions associated with foundational industrial materials in every critical sector—from healthcare, to agriculture, to transportation," said Kelly Speakes-Backman, Principal Deputy Assistant Secretary for Energy Efficiency and Renewable Energy, U.S. DOE. "By investing in technologies that improve our ability to re-use, recycle and remanufacture these materials, DOE is moving America toward a circular economy and reducing carbon emissions across the manufacturing sector."

REMADE CEO Nabil Nasr said the connection between industrial development and climate change is significant, as highlighted at the recent U.N. climate conference, COP26, in Glasgow, Scotland. According to the U.S. Department of Energy, manufacturing accounts for 25% of U.S. energy consumption at a cost of approximately $150 billion. Based on data from the U.S. Environmental Protection Agency, industry is the third-largest contributor to greenhouse gas emissions in the nation, after transportation and electricity, at 23%. Factor in the electricity consumed by the industrial sector, however, and that percentage increases to 30%, making industry the single largest contributor to greenhouse gas emissions in the nation.

This is why a circular approach to manufacturing - "make-use-reuse-remanufacture-recycle" – is so important, and why REMADE is dedicated to the adoption of a Circular Economy.

"REMADE and its partners are determined to reduce industry's energy consumption and emissions, and at the same time, increase U.S. manufacturing's competitiveness, increase the resiliency of the nation's supply chain, and create new clean economy jobs," Nasr added.

This latest round of investment, the Institute's fifth, is cost-shared between DOE's investment in REMADE and the funding recipients. The 23 R&D projects are expected to lead to technologies capable of:

In 2021 alone, REMADE has funded or selected 45 projects for negotiation, representing $65.8 million in investment. Since the Institute's founding in 2017, REMADE has launched 84 projects, representing a total combined value of $85.6 million. Detailed information on all REMADE research projects can be found at www.remadeinstitute.org.

A sixth round of funding is expected to be announced next year.

Founded in 2017, REMADE is a 132-member public-private partnership established by the U.S. Department of Energy with an initial investment of $140 million. REMADE is the only national institute focused entirely on the development of innovative technologies to accelerate the U.S.'s transition to a Circular Economy. In partnership with industry, academia, and national laboratories, the REMADE Institute enables early-stage applied research and development that will create jobs, dramatically reduce embodied energy and greenhouse gas emissions, and increase the supply and use of recycled materials. The cumulative, five-year embodied energy savings, greenhouse gas reduction and increase in recycled materials use expected to result from this investment is approximately 1 Quad of energy, about 50 million metric tons of CO2equivalent greenhouse gas reduction, and more than a 40 million metric tons per year increase in the supply and use of recycled materials, respectively. For additional information about the REMADE Institute, visit www.remadeinstitute.org.