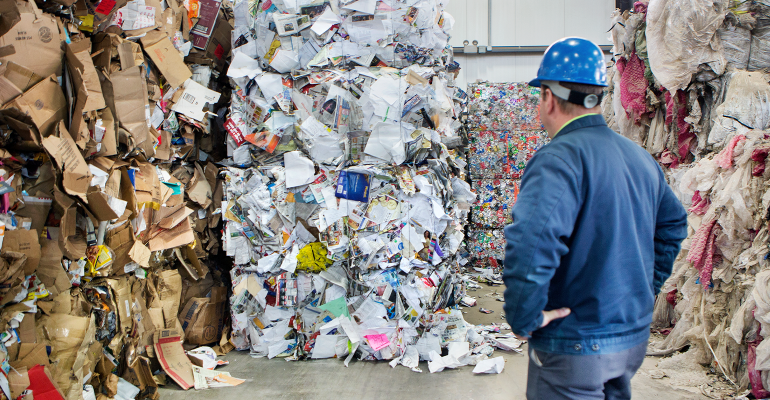 LG Innotek's Pyeongtaek plant has acquired a 'Platinum' Level on 'Zero Waste to Landfill (ZWTL)' ratings. The news was announced on October 18th, 2022, just one year after the company's Gumi plant was awarded the same designation.

LG Innotek (CEO Jeong Cheol-dong) announced on the 18th that the Pyeongtaek plant acquired 'Platinum' level on the global resource circulation certification of 'Zero Waste to Landfill (ZWTL)'. It is a performance achieved in just 1 year after Gumi plant received the 'Platinum' level on October 2021 for the first time among materials & components manufacturers.

ZWTL Certification is an international index that where the global safety certification agency of UL (Underwriters Laboratories) Solutions evaluates the efforts of resource circulation by companies. 'Platinum' level is granted when the resource recycling rate of waste is 100%, followed by 95~99% for 'Gold' level, and 90~94% for 'Silver' level.

To achieve the ZWTL goal, LG Innotek consistently performed various efforts for resource circulation for each business site. Waste glass and waste plastic, etc. discharged from the manufacturing process are being recycled as cement or plastic ingredients.

Pyeongtaek Plant is shown to recycle 343 tons of wastes annually. According to the LG Innotek personnel, the recycling rate was increased by discovering a company that collects waste plastic originally discharged as general waste to recycle as polypropylene band through advanced separation technology. Pyeongtaek site was able to create annual profit of KRW 346 million through continuous waste recycling activities.

LG Innotek is planning to quickly expand the ZWTL certification to all factories nationwide until the first semester of next year.

Meanwhile, LG Innotek is accelerating ESG management to show meaningful results in the environmental field in this year. Especially, LG Innotek is participating actively in the 'Science Based Targets Initiative (SBTi)' and 'Business Ambition for 1.5℃' campaign for the goal of becoming net zero company.

Science Based Targets Initiative (SBTi) is a global initiative of establishing and verifying the greenhouse gas reduction goal according to the standard set by the Paris Climate Agreement. Also, Business Ambition for 1.5℃ is a campaign for preemptive response to the Paris Climate Agreement on limiting the increase level of average global temperature to 1.5℃ compared to before the industrialization. As an action plan, LG Innotek announced in March on becoming a net zero company by 2030, and joined the Global Initiative RE100 in July.

In last month, LG Innotek was acknowledged of the efforts on reducing the amount of waste and increasing the recycling rate to receive the 'Minister Prize from the Ministry of Environment' as the leading company in resource circulation.  In addition, Gwangju plant (June, 2022) and Pyeongtaek plant (August, 2022) also received the resource recycling recognition and quality mark certification (resource recycling quality mark). This is a certification granted by Korea Environmental Industry & Technology Institute on wastes that do not include harmful and foreign substances, and substances receiving this certification are recognized as resources.

Park Yeong-su, Head of Safety & Environment Division explained, "Along with the Declaration for Net Zero in this year, LG Innotek joined RE100 to secure the global level of ESG leadership," and added "As the company with zero environmental impact, we will contribute to innovating the customer experiences."

LG Innotek is headquartered in Seoul, Korea and its sales subsidiaries are located in Germany, USA, Mainland China, Japan, and Taiwan with production subsidiaries in Mainland China, Vietnam, Indonesia, Mexico, and Poland. For more information, please refer to the website: www.lginnotek.com