How Reloop Impacts European Waste Policy and Its Plans for the U.S. 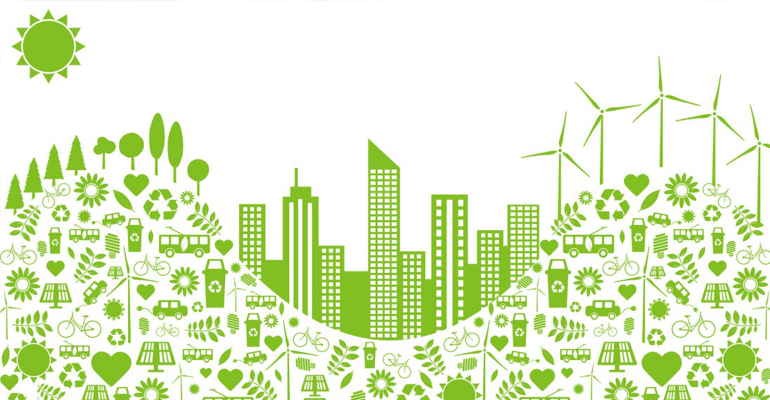 Determining what a circular economy should look like, and advancing policy around it, is best done by bringing together environmental groups, government, and industry—or so that is the belief of international nonprofit Reloop whose work has centered around that premise since it launched in Brussels in 2015. The platform’s diverse membership has provided technical expertise to help inform European policy, and the platform recently expanded into North America, especially focused on the U.S., with plans to move into Asia in a year or two.

Reloop’s work centers around establishing a global circular economy approach toward packaging, and keys in on five areas:

“We focus on each of these areas in discussions with those who write the laws, with brand owners, the waste sector, NGOs, municipal governments, and associations. We have a mix of partners to include [entities and individuals] such as Deutsche Umwelthilfe (DUH), which is a huge environmental organization in Germany; TOMRA, who develops sensor-based sorting systems; and a Spaniard founding board member who worked in government at the European Environment Agency [of the European Union],” says Clarissa Morawski, a 20-year- veteran waste policy consultant for the Canadian government and chief executive Reloop Platform.

“We are engaging them in these conversations and providing evidence-based data and case studies to help them understand why we should move in a given direction,” she says.

Reloop’s first large project came its way just after a new EU administration took over and abandoned parts of the previous administration’s circular economy package, which was created to advance sustainable economic development.

“There was such an uproar by brands in Europe that the package was reintroduced and upgraded. Brands were upset because they know that we need level playing field legislation to help them transition to a circular economy.

As the government began considering changes to laws around recycling of packaging, we said we have an opportunity to step in and make recommendations for improvements,” Morawski reflects.

She and her group also advised on the new recycling calculation in Europe. They informed the process by turning to recyclers and materials suppliers, organizing them to contribute. It was a politically charged task that took some time.

“It’s challenging to try and get materials suppliers to agree on calculation methods that will affect some materials more than others.  Not everyone wants to report bad news when a particular methodology shows lower recycling rates,” she says.

Wolfgang Ringel, senior vice president Governmental Affairs Tomra Group and a founding member of Reloop, says Tomra’s own goal is for 40% of post-consumer plastic packaging to be collected for recycling and for 30% of this packaging to be recycled in a closed loop.

“So Reloop’s vision and mission are fully aligned with ours,” Ringel says, referring to the platform’s five areas of focus as the “sweet spot” of a circular economy worldwide.

“The Single-Use Plastics Directive is groundbreaking because over half a billion people in several countries will have to follow it. It will have a global impact, and we believe set a precedent,” Morawski says.

Among its work on this legislation, Reloop pushed for a collection target on plastic beverage containers—90 percent by 2029.

“We showed the EU Commission that nine out of 27 countries that have deposit systems are getting a 90 percent return rate. We said if nine countries can do it why can’t the remaining?” she says.

Now the global nonprofit has begun its work in the U.S. under the helm of Elizabeth Balkan, formerly the director of the Natural Resources Defense Council's food waste program.

A large focus will be on closing the loop on PET beverage containers. That’s a job where the U.S. rates at the bottom of the chart among 40 countries that Reloop assessed in its recent report: What We Waste.

“Meanwhile, PET is one of the most recyclable items. This shortcoming provides an opportunity to see that these bottles go to recycling facilities desperate for materials,” Morawski says.

The plan for this newly forged North American territory is to talk to legislators and stakeholders engaged or interested in advancing Environmental Producer Responsibility, recycled content, and deposit return system bills. One such effort is Reloop’s Reimagined Bottle Bill (RBB) where, working with Eunomia, Reloop will do an analysis and identify suggestions for improvement where bottle bills are not performing well. Morawski says all bottle bills in the U.S. are under-performing and continue to drop in performance year over year, except in Oregon and Michigan.

“Where these bills do not do well it’s often because there are no binding targets for collecting and recycling, and there are low refunds, which means there is no incentive to perform better. Then in some places like California there are few return centers, meaning it’s not convenient for consumers,” she says.

“Our RBB program is intended to draw from experience around the world and create a set of criteria for bottle bills’ operating principles, which is key for regulators that need to create a supportive regulatory framework so producers can operate effective programs that meet a 90 percent target at the lowest cost.”

New England-based Conservation Law Foundation (CLF) is another Reloop partner. Among its work, this nonprofit advocacy organization has a Zero Waste project to improve waste diversion and recycling.

“CLF utilizes Reloop’s technical expertise to lobby decisionmakers at every level of government, and Reloop depends on CLF’s understanding of broader Zero Waste and waste disposal issues in New England. Together we are increasing the interest and understanding of Zero Waste solutions. Reloop expanding into the United States has been a welcome addition to this area of advocacy,” says Kirstie Pecci, director of Zero Waste Project at the Conservation Law Foundation.

Most of the two partners’ collaboration is around deposit return systems, with CLF turning to Reloop for guidance based on real-life implementations.

“It’s one thing for CLF to say that something will work; it’s another thing for Reloop to explain that they’ve seen it work. That’s very powerful when educating legislators and agency officials,” Pecci says.