The EPA's Approach to Battery Recycling Initiatives in Tribal Communities 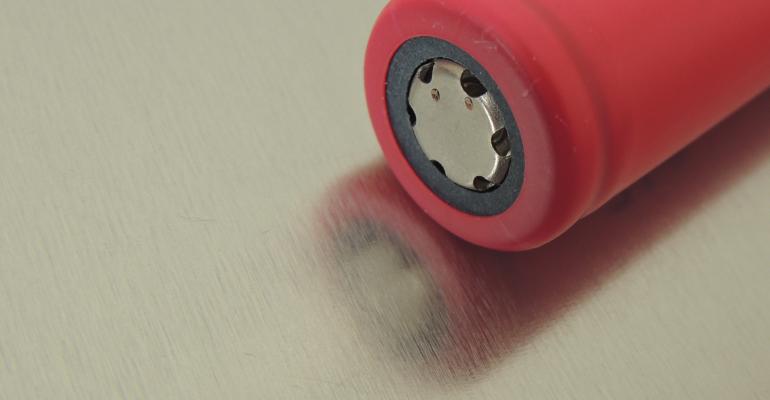 The EPA Tribal Waste Management Program has developed a series of webinars featuring bountiful information on their goals of bringing tribal communities to circularity. In a recent webinar titled “Bipartisan Infrastructure Law: Battery Collection Best Practices and Labeling Guidelines” members of the EPA and researchers alike went live to discuss and provide context to the Bipartisan Infrastructure Law.

In order to build a circular economy of waste for all, we must bring a magnifying glass to every different kind of community and study the different aspects unique to their waste systems.

In the United States, the Environmental Protection Agency (EPA) was established as a way to address environmentally oriented pressure points in the country to create safer conditions for humans and the land we call home. Over time the overlap between this goal and waste has become undeniable to the organization.

Founded in December of 1970, the EPA has grown significantly and evolved to specialize in numerous different environment-related subject areas. One area the EPA has put its magnifying glass to tribal land.

Developing a program specific to the waste management services on the tribal land in the country, the EPA Tribal Waste Management Program is an attempt to address the different waste-related areas specific to tribal-owned land.

A main priority of the program is the promotion of proper waste disposal and recycling as a means of making current tribal waste systems more sustainable.

To study and promote the possibility of a circular economy within tribal communities, the EPA Tribal Waste Management Program has developed a series of webinars featuring bountiful information on how this goal of theirs can be made a reality.

Hosted by Kim Cochran, the Chief of the Sustainable Materials Branch in the United States EPA’s Office of Resource Conservation & Recovery, the event opened up with a brief explanation of what the Bipartisan Infrastructure Law, or BIL, is and the different ways it takes shape.

“We are developing a series of strategies that identify the actions that are needed to build a circular economy,” says Cochran.

There are three strategies being utilized by the EPA which include Solid Wast Infrastructure for Recycling Grants, Recycling Education, and Outreach Grants, as well as Battery Collection Best Practices and Labeling Guidelines.

This webinar focuses solely on the final strategy, which is the only one that is not supported by grants.

Cochran begins explaining the importance of batteries and emphasizes society's need for them.

“Batteries power many of the items in our daily lives such as electronics, including phones and laptops, tools, and other materials. They are used in transportation such as vehicles, bikes, buses, and other applications,” she says.

With such a reliance on batteries, it is not currently within reason to eliminate their use entirely, but rather alter the ways we produce and dispose of them.

Shooting for a circular economy, this EPA strategy initiative draws a lot of attention to the proper recycling of batteries as a means of preventing the waste of useful materials and preventing accidents that can occur when they are improperly sent through regular waste processing machinery.

“Batteries often end up in the regular waste or curbside recycling bins where they can potentially start fires. Fires can cause air pollution issues in already overburdened communities and threaten worker and first responder safety.”

In order to prevent incidents that can be damaging to other recycling systems, it is important to increase public awareness of battery recycling etiquette and work to provide better access to battery-specific recycling options.

“In fact, in the future, up to 40% of critical minerals in batteries may be supplied from recycled batteries,” shares Cochran.

With that hopeful statistic in mind, it is important to look at the ways the Tribal Waste Management Program can help lead these communities in that direction. One of the ways discussed in this webinar is the Battery Collection Best Practices initiative.

“This Initiative aims to develop best practices for battery collection that state, tribal, and local governments, including the Territories and the District of Columbia, may implement when collecting batteries for recycling,” Cochran elaborates.

Working towards upholding these goals, the EPA will cultivate better practices by working with input provided by the state, tribal, and local governments and related non-governmental entities.

“We will also develop a battery collection Best Practices Report and provide an opportunity for comment.”

This report will thoroughly explain best practices as described by all parties and then be submitted by the EPA to Congress by November 15, 2023.

Another initiative described by Cochran is the Battery Labeling Guidelines Initiative which will make consumer recycling of batteries easier by constituting optional labeling guidelines for battery producers to apply to their products.

With those two major initiatives working towards the battery-oriented strategies for a circular economy outlined and expressed, the webinar was then open to viewer feedback.

This portion of the webinar was extremely important to the advancement of these initiatives as both rely very heavily on consultation from the public, especially those living within these tribal communities, and their experiences directly with their region's individualized waste systems.

Members of the EPA then interacted with individuals sharing their input responded to questions, and most importantly took note of the various ideas people had for the improvement of the battery recycling programs in their own communities.

Though only one piece of the puzzle, batteries have made themselves known as an important factor in the route towards circularity in all communities.

In order to achieve sustainable waste and recycling systems for all, it is important for programs like the EPA’s Tribal Waste Management Program to utilize resources such as their community member's ideas and the BIL to draw their communities of focus one step closer toward circularity.