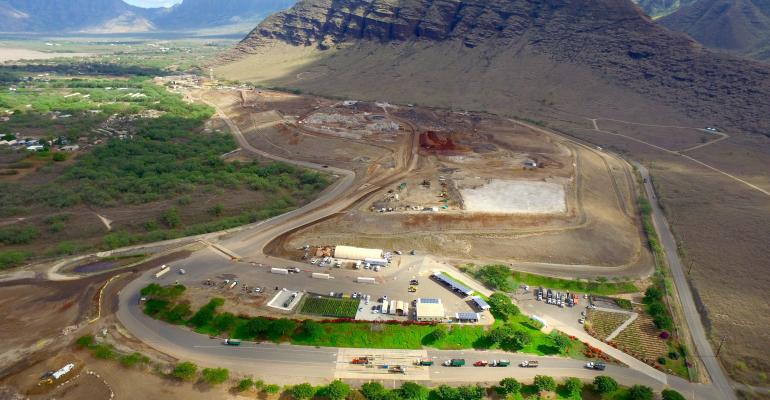 Oahu’s PVT Landfill is critical to the region, receiving up to 3,000 tons a day of C&D waste—both disaster and non-disaster related.

With one million residents, Oahu is the most populated island in the Hawaii chain and the most isolated population center in the world. It’s thousands of miles from the nearest support for any type of infrastructure, including waste management.

These facts make Oahu’s landfill, which receives and recycles construction and demolition (C&D) waste and natural disaster debris, critical to the region. C&D is a booming industry in Hawaii, and the state has seen its share of hurricanes and storms that leave behind tons of heavy debris.

Oahu’s PVT Landfill receives up to 3,000 tons a day of C&D waste, both disaster and non-disaster related.

“We get hammered with hurricanes,” says Steve Joseph, vice president of operations for PVT Landfill, which is owned by PVT Land Company. “Hurricane Lane [this past August] had 80 mile-an-hour winds. It ripped 15 solar panels off of our facility and drove one of them through a pickup truck door. But we only had to abandon the landfill for a day.”

The company may receive 275,000 tons of non-disaster-related materials a year from government and industry. But if Hawaii gets hit with a Category 4 hurricane, the site can get 450,000 tons of debris within days.

PVT receives and recycles much of this material, mainly concrete, wood and metal. Concrete goes back into roads or serves as aggregate. Wood may be used as feedstock for transportation fuel, gas or electricity. And metal goes to local recyclers to be melted for use in products like cars and solar panels.

“For the city, we are a viable solution because they are trying to stretch the life of their municipal solid waste landfill. We see that as much gets recycled as possible, and government and businesses get LEED (Leadership in Energy and Environmental Design) credits for green buildings and for recycling,” says Joseph.

Finding creative uses for these bulky materials helps stretch money and build resiliency. Every dollar that doesn’t pay for imported oil [as a result of alternative energies produced leveraging waste] stays on the island and helps build the economy.

Technology has been key to efficiency. Radio frequency identification devices tag incoming trucks, moving them through fast, and provide information about their loads, including how much they recycle.

“I’m always looking at new technology, and I think a lot of exciting things are happening. We have an electric bulldozer that costs $120,000 less than a bigger bulldozer but pushes just as much. We use drones to keep track of where we’re filling cells. And now, we’re looking at technologies like robots to help separate and size materials,” says Joseph. 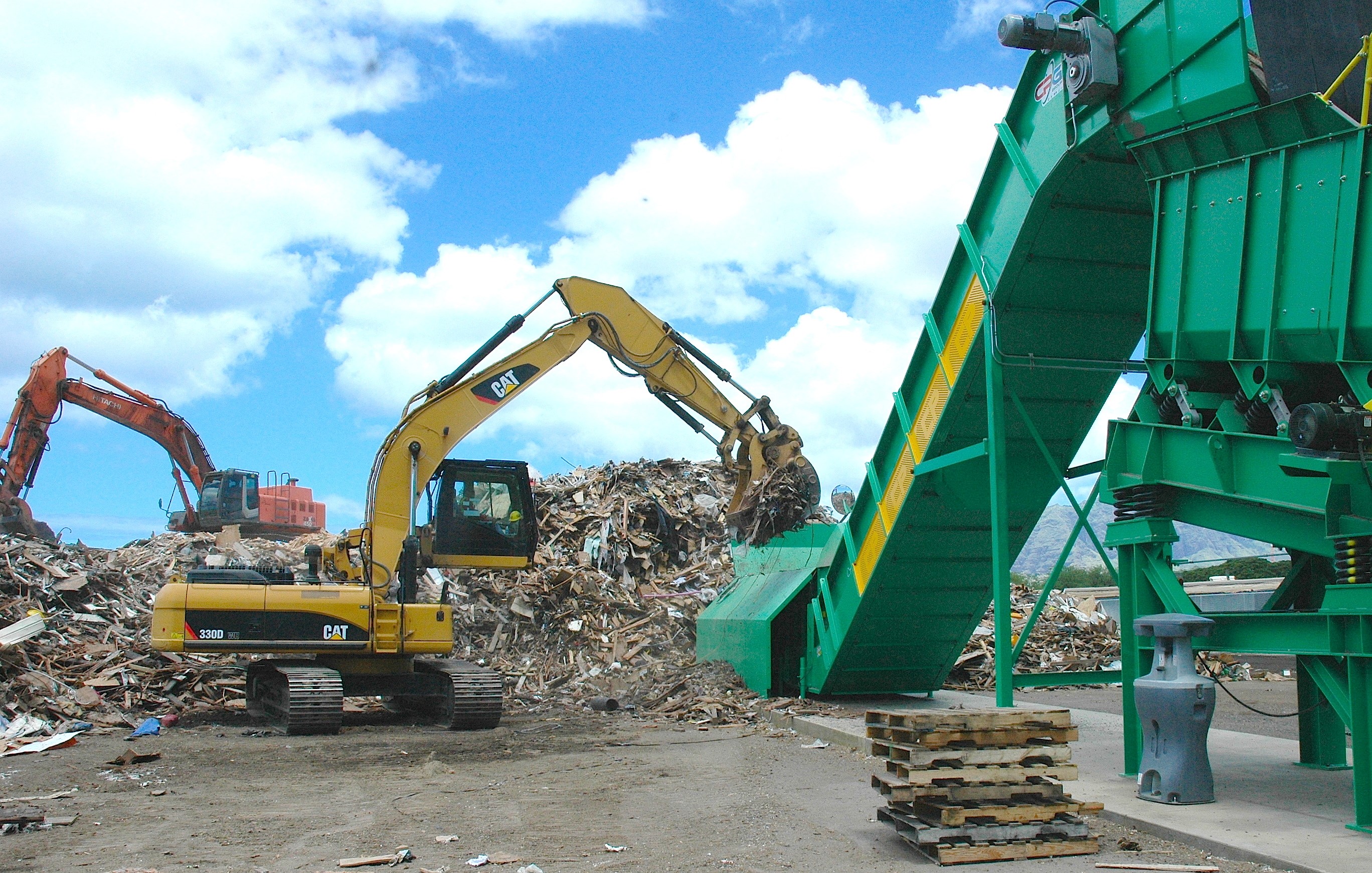 Honolulu-based Jayar Construction helped expand PVT landfill, which is how the subcontractor’s relationship with the waste management operation began.

“We use their facilities to dump our construction and demolition waste; about 40 tons a week goes for disposal and recycling,” says Aaron Yahiku, Jayar Construction project manager. “The public won’t take C&D debris. Without PVT there would be a lot of illegal dumping, as contractors would have no place for their debris.”

He just hauls mixed loads, without having to run material through screens or handpick.

“It’s a two-hour minimum roundtrip [for haulers], which costs about $500 a load, excluding tip fees. But it’s worth it. I see what goes into getting rid of these material and/or recycling them. It’s a critical service, and we do get value,” says Yahiku.

Honolulu’s Department of Environmental Services manages most of the solid waste generated on the island of Oahu but sends disaster waste and C&D waste to PVT.

The disaster relief is big, says Michael O'Keefe, assistant chief of the refuse division for Honolulu’s Department of Environmental Services.

How much C&D waste would be generated depends on the type of disaster, but he estimates that a significant event, like a Category 4 hurricane, would result in 15 million or more cubic yards of green waste, C&D waste, metals, soil, rocks and concrete.

“As the only C&D landfill on our island, PVT is an important player in resiliency and sustainability issues. And they have really led in the field. They have designed for climate resilience for over a decade and avoided major flooding issues as a result,” says Josh Stanbro, chief resilience officer for the city and county of Honolulu.

“They not only produce solar energy onsite but use that solar in an electric bulldozer that reduces emissions even more. It’s good to see the outstanding level of material recycling they do. But it’s even better to see PVT push forward on broader solutions beyond waste, which makes them a leader on island,” adds Stanbro.