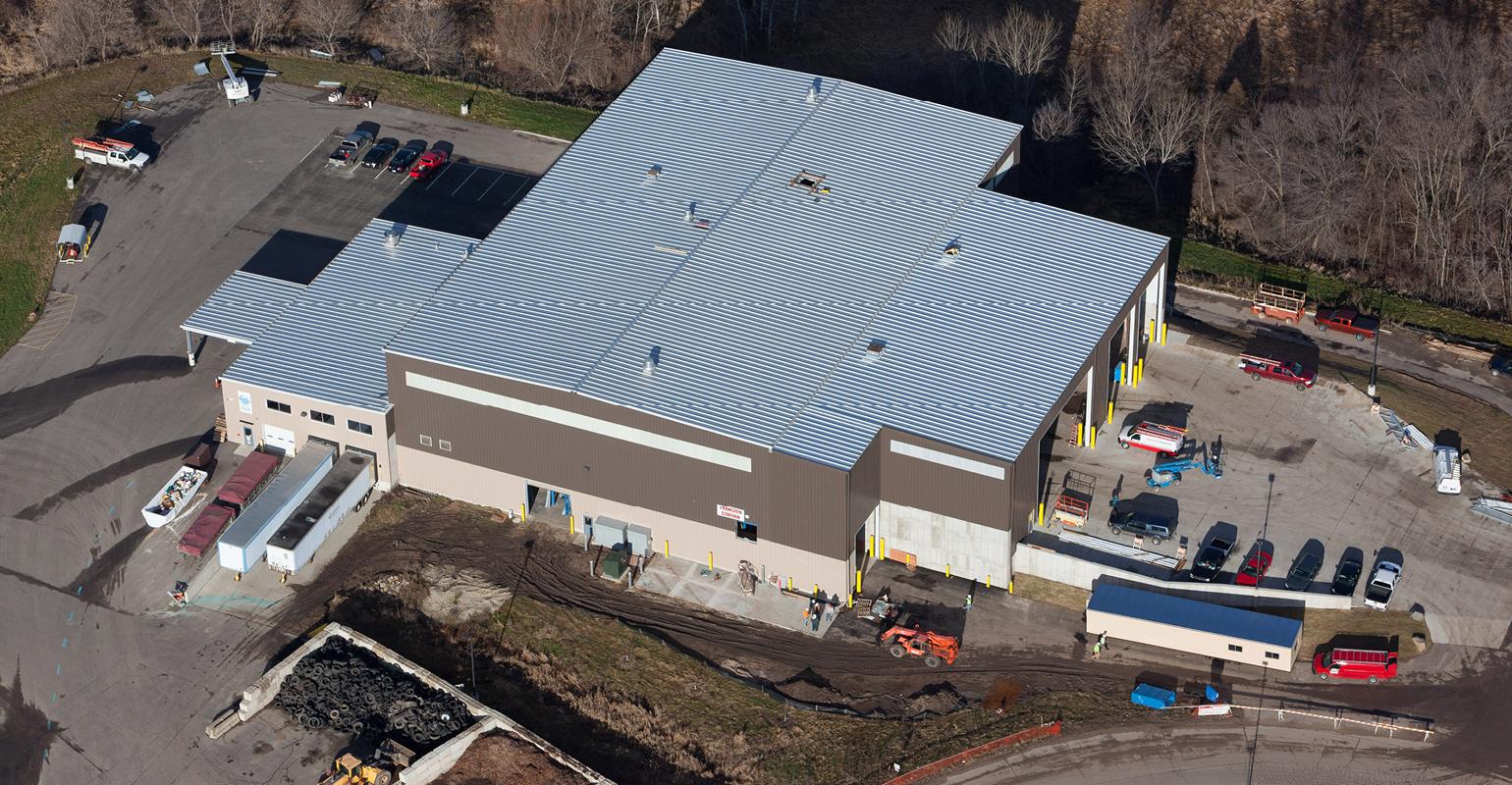 The county has turned a once-problematic stream into a profitable stream via a public-private partnership with Landfill Reduction and Recycling, Inc.

Dane County, Wis., needed to conserve airspace at its landfill, and by completing a waste assessment, the county found that construction and demolition (C&D) waste, much of which was recyclable, made up about a quarter of what ended up there. Wood, for example, was 60 to 70 percent of the C&D volume. But while most of these materials were deemed recyclable, only a couple of recyclers in the state were taking these materials, so the county had to haul them to a plant two hours away.

“It became clear that transporting the materials this distance wasn’t sustainable either environmentally or economically. It costs a lot to send 10 semi loads daily, which we were doing, and there are a lot of emissions,” says John Welch, solid waste manager at Dane County Public Works.

Since then, there have been some changes in how the department does business, and now the county is making money off this once-problematic stream through a public-private partnership. It built its own C&D plant, housed in its transfer station that’s been retrofitted for the project.

The county entered into a 10-year agreement with Appleton, Wis.-based Landfill Reduction and Recycling, Inc., which conducts the processing. In the plant’s first year, beginning February 2016, it recycled 47,000 tons. That figure climbed to 60,000 tons in 2017.

Working with the county, Landfill Reduction helped oversee the design and procurement of the facility, modified it and determined equipment specs, with the county picking up the tab. The private processor employs the staff and oversees operations, maintenance and marketing. The commodities consist mainly of wood used by landscape and mulch businesses, though use varies depending on markets. Dane County pays for processing but charges Landfill Reduction to dispose of what can’t be used. What’s unique about this project is that it’s a true public-private partnership, where the county and company capitalize on each other’s strengths.

“The county has a facility, scale system and customer base of people bringing material. Plus, we can access capital easier than a private entity, as we have municipal bonding,” says Welch. “On the flip side, a private entity is more able to handle swings in markets, as it can quickly find new customers and offer new pricing while the county can’t change as quickly.”

A radical market shift just like that took place not long after the project launched.

“In the past, boiler fuel was a strong market in our region. But with reduced pricing of natural gas, many of those markets have gone away. So, we shifted to higher-quality, more valuable products like landscape mulch, animal bedding and erosion products,” says Jason Salisbury, president of Landfill Reduction and Recycling. “Anything hauled to their landfill is an expense for us, so there is incentive for us to do as good a job as possible to recycle. The material comes in mixed. We don’t have a choice in that, and some of it we can’t use, but we are trying to capture any clean and recyclable woods to reduce our disposal costs. That, in turn, helps the county achieve its diversion goals.”

Retrofitting the transfer station was a quick process, especially by municipal standards. The idea evolved just before the 2015 budget was due. By January 2015, the design team was in place, and by the first week of February 2016, the facility was operational.

Most of the tipping area was converted to a processing and sorting area, and the building was expanded to create a new tipping area. With a few other modifications and additions, the total cost was around $4.5 million.

“What we learned through the project was to be willing to push what the normal standard might be, but be comfortable enough to operate the plant efficiently. Through the planning process, look at what could go wrong and work with your design team and operators to prevent it,” says Welch. “For example, when dropping material from one conveyor belt to another, you don’t want it to be a 90-degree turn because materials can jam. We had to do a 90-degree turn because of limited space and the building configuration, but we worked through that [constraint] early with the design team.”

The first year or two is challenging with a new operation, and for reasons that extend beyond design-related issues.

“You have new workers, vendors and outlets. So, there was a lot of upfront work between Dane and us to get a model in place,” says Salisbury. “At this point, we have these systems and approaches figured out, but we’re always tweaking to market.”