Year-End Round Up – ESG in Focus 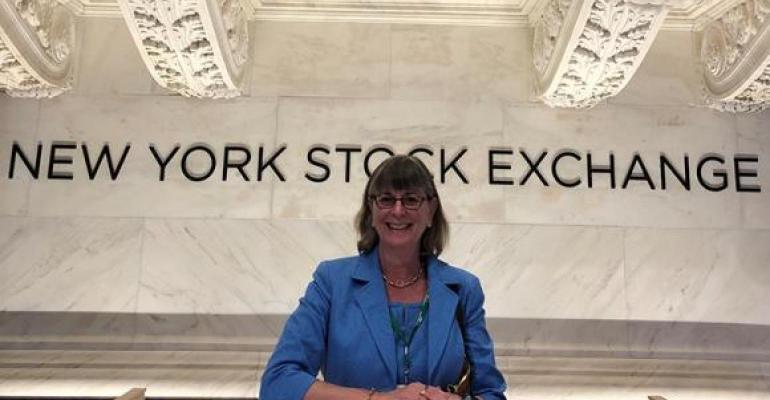 During the course of December 2020, senior management members from most of the publicly-held solid waste companies met with investors, and we sum up trends in their year-end business updates, post reporting third quarter earnings. We also present a synopsis of the increasing focus on Environmental, Social and Governance (ESG) reporting and investing and what selected solid waste companies are doing in response.

What Solid Waste Companies Said and Did in December 2020

During the course of December, various senior management members from almost all the publicly-traded solid waste companies either met virtually with investors or presented at investor conferences. Several consistent and common messages seem to have emerged. First, despite the continued economic impacts of the pandemic, pricing seems to be holding firm, at levels in excess of CPI, indicating more potential margin expansion opportunities. Secondly, despite the fears arising from a number of more restrictive lockdowns in the wake of the COVID-19 surge in November and December, volume levels appear to be relatively unimpacted from third quarter into the fourth quarter. Although the surge remains an acknowledged risk, bottom line, December updates indicated stable trends from the third quarter reports to the present, though largely as expected, the volume recovery looks to have plateaued on a short-term basis. Perhaps underscoring that stability, Waste Management (WM) announced on December 14 that it planned to increase its dividend by 5.5% in 2021, and it refreshed its share repurchase program at $1.35 billion, which it had basically suspended in the wake of the pandemic. Additionally, OCC and RIN pricing is also heading in the right direction.

Over the past year in particular, ESG performance and investing has garnered a great deal of focus, with numerous money managers (notably BlackRock Inc.) espousing its principals and increasing amounts of money being managed within ESG driven or focused funds. Embedded within this, is greater attention to climate change risk and sustainability, which is increasingly being factored into investment decisions. Corporations have recognized this, and according to a KPMG survey of 5200 companies, 80% report on sustainability globally (90% in North America), and 65% of large companies seek to reduce their carbon footprint. The waste management sector has attracted a significant amount of ESG investor interest over the last year, despite a negative perception of landfills in certain circles. In light of this, there has been a significant uptick in sustainability reports produced within the sector, such that by 2020, all the publicly-traded, as well as a few of the larger private companies, produced sustainability reports, with increasing amounts of information disclosure as well. Waste Connections (WCN) has also talked about adding an ESG component to its incentive compensation.

Although there are a number of individual company variations (of which we note a few of below), the solid waste companies’ sustainability reports contain a number of consistent themes and goals, as well as perceived climate change risks and opportunities. The key priority across the board is greenhouse gas (GHG) or overall emissions reduction goals—the targets range between a 35%-50% reduction by 2030 to 2038, though there is also quite a bit of variation in the base year that progress is supposed to be measured against—from 2010 to 2018! We would note that though GFL Environmental (GFL) published its first sustainability report in 2020, it has yet to establish formal targets, which it plans to do in 2022. The typical paths to achieve the targets include converting more landfill gas into energy (bolstering renewable natural gas systems and infrastructure), increasing the percentage of the fleet that runs on compressed natural gas (and potentially eventually electricity), and general fleet efficiency initiatives, largely based on routing improvements.  Also prominent within the reports are recycling tonnage targets, and often organics diversion efforts, which also aid in reaching the emissions targets. Unsurprisingly, in light of nationwide events this year, the recent sustainability reports now focus more on the S and G pieces of ESG. GFL has targeted adding women to its Board specifically, while WCN and WM have begun to talk about paying 100% of employees a living wage.

A component of most of the sustainability reports is a discussion of climate change risks and opportunities. Prominent in the risk factors is the potential for greater regulation of methane gas and leachate stemming from landfills, and storm damage to assets and facilities is also typical. But, as was frequently noted, storm cleanup from wildfires and hurricanes is also noted as an opportunity, given the waste management companies’ prominent role in disaster cleanup. It was also noted by Casella Waste (CWST) and WM that certain business lines, such as their Resource Solutions and Waste Management Sustainability Services, respectively, are likely beneficiaries as well, as they provide consulting services to corporate and institutional customers to help manage their sustainability goals and reduce waste.

What has been noted by a number of industry analysts and observers is that the solid waste industry probably needs to do a better job of touting and elucidating its ESG credentials (particularly the E) and developing and promoting more accurate data—particularly with regard to landfills and their environmental benefits, which many players feel are underappreciated. Another opportunity is per- and polyfluoroalkyl substances (PFAS). Obviously, increased regulation of PFAS is likely to come with greater cost to the solid waste companies, given the prevalence of PFAS in the landfills (given their ubiquitous nature—not the fault of the solid waste companies) and therefore often in leachate. That said, as there is yet no proven, economically viable destruction technology for PFAS, and as incineration is increasingly viewed as potentially problematic for PFAS waste, landfills can be part of the solution, through their apparent ability to sequester (contain) PFAS. WM appears to have taken the leadership position on promoting the company’s ESG credentials, as it has recently released a detailed presentation specifically on its ESG activities, geared to proactively providing current and potential investors more information on its sustainability goals and strategy.

The Biden Administration and Climate Change

Prior to the election, when there was a great deal of speculation with regard to the possibility of a “Blue Wave”, the main discussion around a Biden administration and the ramifications for the solid waste industry revolved mainly around the likelihood of higher taxes, their impact on the companies’ financials and free cash flow and the resulting potential effect on mergers and acquisitions (M&A). Post the election (though control of the Senate still rests on the runoff elections for the two Georgia seats), and given that a Blue Wave did not materialize, there appears to be more focus on what a Biden administration could do through executive action versus through sweeping legislation or major tax law changes. It is apparent that President-Elect Biden is very focused on climate change, just based on some of his early appointments — John Kerry as special presidential envoy for climate, heading up the national security, international and diplomatic efforts, while Gina McCarthy will head up a new White House office of domestic climate policy. This is in addition to the promise to rejoin the Paris Climate Accord on Day 1. An obvious priority is to reverse or undo the Trump administration’s rollbacks of some of former President Obama’s signature environmental policies, like the Clean Power Plan, stricter methane regulations and more aggressive automobile fuel economy standards. Already, there has been talk of at least 10 executive orders from the Biden administration that could begin to address climate change without depending on the passage of his net-zero emissions by 2050 climate plan by a still highly partisan and divided Congress. All that said, an energy-infrastructure bill incorporating some climate change initiatives could garner more bipartisan support.