Women Leaders in Waste: Mitch Hedlund of Recycle Across America 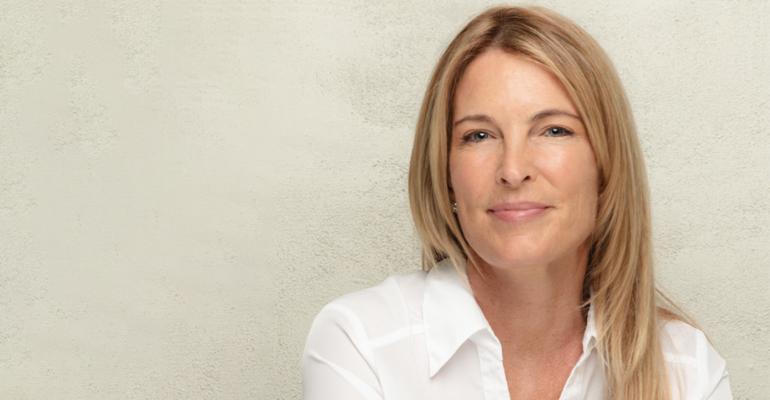 The founder and executive director of Recycle Across America is working to improve recycling and combat confusion at the bin.

After hearing numerous clients express their struggles around recycling, Mitch Hedlund decided to take action. Hedlund, who considers herself a problem solver, began looking at recycling across the country and realized one of the major issues around incorrect recycling and contamination is confusing, inconsistent labels on recycling bins.

She found that many labels were made by municipalities, schools, businesses, airports, etc., and all of them looked different, even if the recycling rules were the same.

“After this revelation about confusing labels and realizing that I, too, was often confused at the recycling bin, I started researching what happens behind the bin—what happens in the processing and with the demand for materials,” says Hedlund. “It was clear that public confusion and subsequent contamination was taking a major toll on recycling—financially and in the marketplace for materials. During this time, China was still buying recyclables from the U.S., but I could see the writing on the wall that recycling was destined to go into crisis with the downturn of virgin commodity pricing.”

The solution to this problem seemed simple to Hedlund—apply the same logic used for street signs to recycling bins. The variables and complexity of having hundreds of millions of people driving safely throughout the country simultaneously is far more daunting and challenging than the variables and complexity of different packaging and different rules of recycling, yet every day, people are able to get into their cars and know how to drive safely anywhere in the U.S. because of standardized road signs, she explains.

“It was crystal clear to me that if we have standardized labels on recycling bins throughout society, we will make it possible for the public to recycle properly wherever they are,” says Hedlund. “Then, the economics of recycling will be solid, and the manufacturers will be able to rely on the quality, quantity and pricing of commodities.” 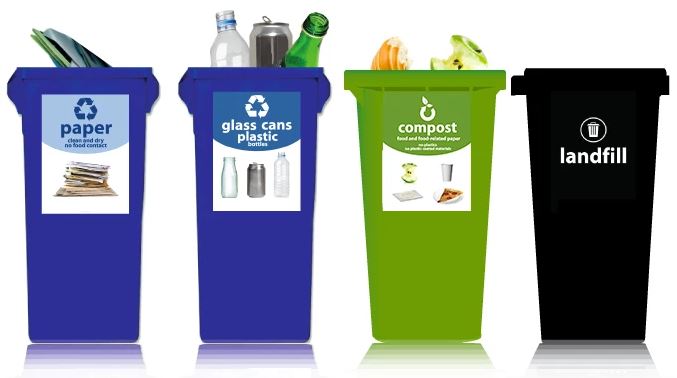 Bringing that idea to life, in 2009, Hedlund used her graphic design skills to mock up the first and only society-wide standardized labels for recycling bins and conceived Recycle Across America (RAA), a nonprofit organization dedicated to expediting environmental progress by creating a society-wide standardized labeling system for recycling bins to make it easier for people to begin to recycle right, wherever they might be.

Shortly thereafter, she presented a keynote session at a Solid Waste Association of North America conference and shared her thoughts on recycling and the labels at the end of her presentation.

“I can say with complete confidence that had the industry adopted the standardized labels at that time and provided them to their customers, China or other countries as well as U.S. manufacturers would still be buying U.S. recyclables today, and the recycling industry and closed loop manufacturing would be thriving,” she states.

“People don’t want to believe there are silver bullets to solve problems, but sometimes there are,” adds Hedlund. “For instance, when road signs were standardized, they solved almost all road safety issues; when time was standardized, it solved many things for many industries, and it allowed technology to continue to evolve; when anesthesia equipment functions were standardized, they reduced surgery fatalities by 600 percent. Those society-wide standardizations fixed entire societal issues, industry issues and economic issues—and they catapulted new advancements, simply because the confusion was removed.”

Recycle Across America is working to achieve similar results by making recycling labels standardized. For 10 years, the nonprofit has worked with communities across the U.S. to improve recycling, reduce contamination and combat confusion at the bin. According to Hedlund, more than 9 million labels have been rolled out, and the labels have helped increase recycling levels by 50 to 400 percent in some areas.

For example, K-12 schools in Orlando, Fla., improved their recycling levels by using the standardized labels and saved $1.37 million in trash hauling fees, and over two years, the Clark County School District in Nevada reduced its trash hauling expenses from $9 million to $3.3 million. 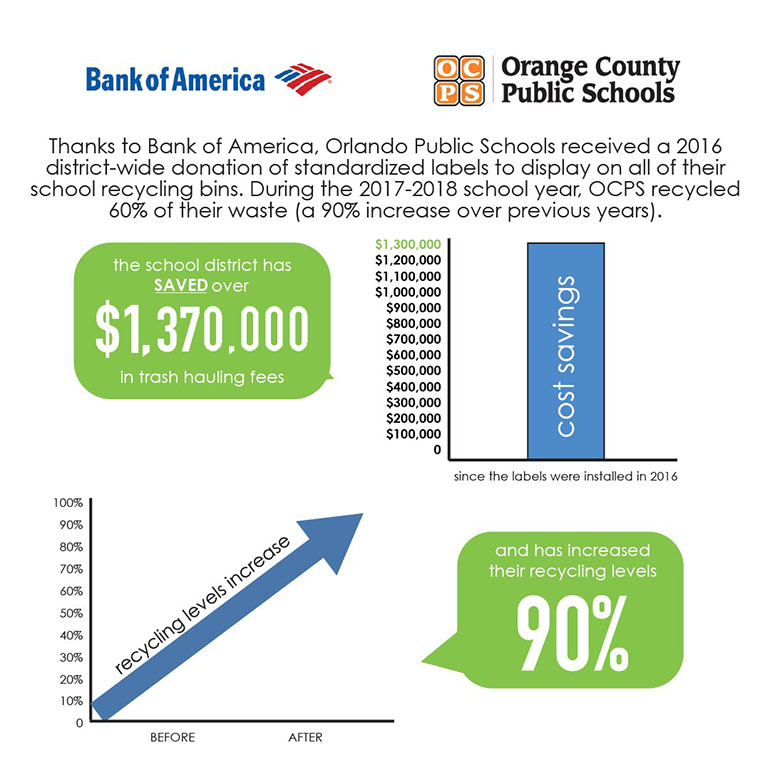 @RecycleAcrossAm @TheEllenShow and 9-year-old recycling superstar @ryans_recycling are partnering in this video to finally FIX recycling. WATCH THIS VIDEO https://t.co/jd9z3PoTUN SHARE it and text FIX IT to 40649#LetsRecycleRight #RT pic.twitter.com/fCao8D4ebO

There is a ripple effect—an autocorrect—that starts to happen when the public and residents begin to recycle properly throughout a community, state and country, Hedlund explains. But the correction must happen at scale, at a critical mass, to truly make an impact.

Pushing to make that a reality, RAA is working toward federal legislation. Recently, Rep. Betty McCollum (D-MN), chair of the Interior, Environment, and Related Agencies Appropriations Subcommittee, encouraged the U.S. Environmental Protection Agency to develop a national recycling strategy, which includes implementation of RAA’s standardized labels, as part of the subcommittee’s fiscal year 2020 appropriations bill. The $37.3 billion Interior-Environment funding bill has been passed by the House Appropriations Committee and is now being sent to the House floor for consideration.

“We’re at a moment in time where we, as a species, have to radically change our systems to improve our impact on this planet,” states Hedlund. “The amount of waste in oceans, deforestation, rising CO2 levels and migration happening due to an ‘environmental crisis’ is staggering and exponentially increasing moment by moment. Those are the new realities no one can escape, and they are without question affected by human behavior and industry. Companies, governments, nonprofits and employees that have the ability to fix things such as recycling need to do it immediately.”

As we continue this series, we invite our readers to email Waste360 Editorial Director Mallory Szczepanski at [email protected] with suggestions of women to feature in the coming months.