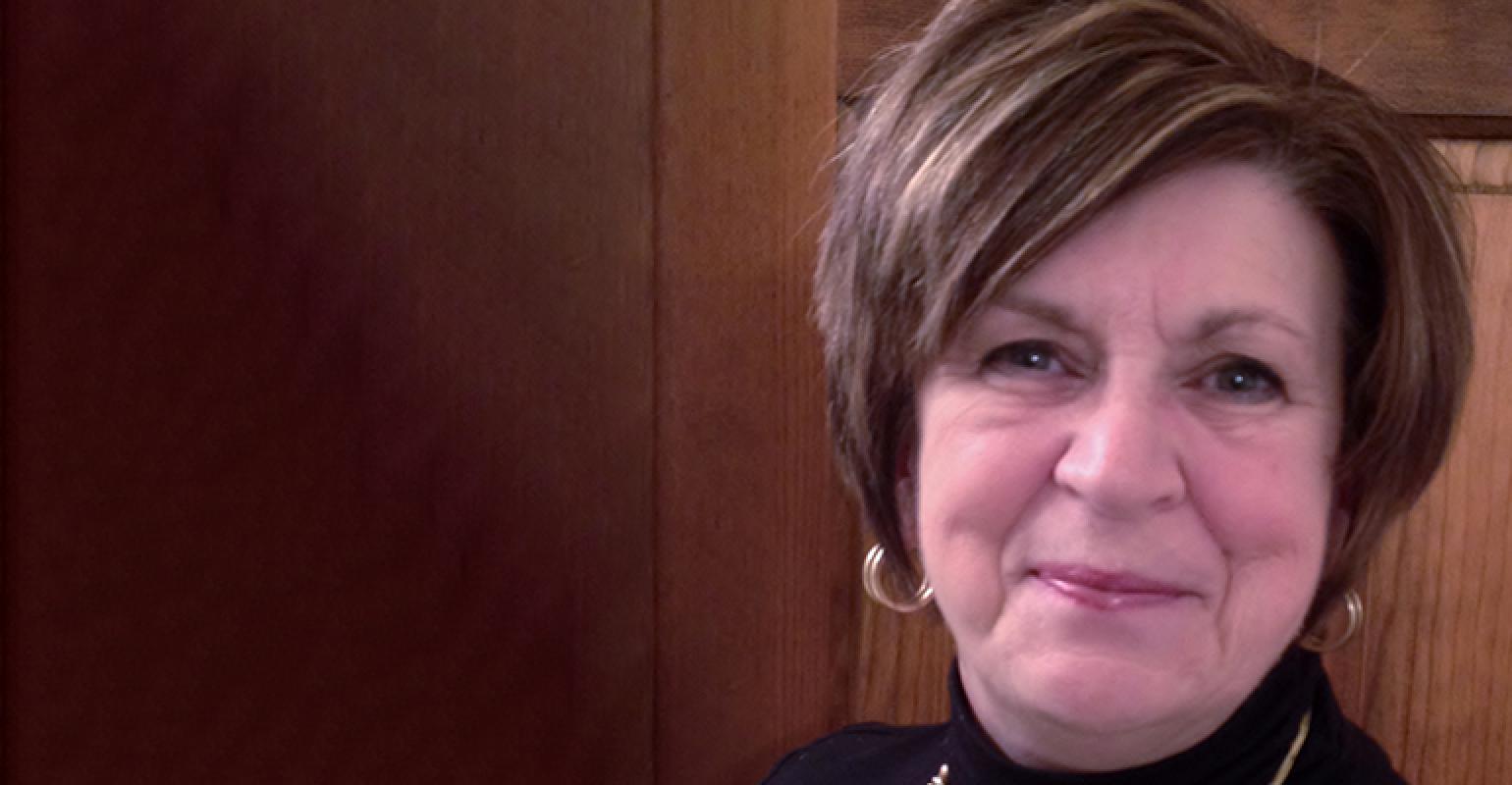 Nestor discusses her start in the industry at a time when women weren’t in leadership roles, as well as how she became an “embedded resource” for her clients.

Getting into the waste industry is not something Michele Nestor planned. Nestor, who eventually started Nestor Resources Inc., a Valencia, Pa.-based waste management and recycling consulting firm, has a degree in library science and a background in research. And though library science seems like a far cry from waste management on the surface, Nestor’s ability to dig deep and her analytical approach helped propel her success in waste and recycling.

In the late 1980s, Nestor got her start in the industry doing research for engineers and an environmental law firm. The engineers and lawyers she worked with at the time were impressed with her ability to connect the dots to the problems they would present her and by her aptitude for research.

One of Nestor’s first projects before she was officially hired full time at the firm involved dissecting a new set of regulations that were a trickle down from Subtitle D and state regulations in Pennsylvania. Nestor was asked to read the regulations cover to cover, break them down and present them to the firm.

“I guess I wowed them because I got the job,” says Nestor with a laugh. “From that point on, I was hooked on the waste industry. Natural curiosity and the fact that I was now empowered with the knowledge of these regulations kind of launched my career and enabled me to grow from there.”

“This was certainly a huge leap from what I thought I was going to do with my life, and I might say in hindsight that I am much better fit,” she adds.

Eventually, Nestor knew she needed to channel her own ambitions and broader interest. Plus, she was well aware that she struggled with being pigeon-holed in a corporate work environment. So, she left behind a steady paycheck to start her own firm and take on the projects and clients that she chose.

But when Nestor started her firm, there weren’t many women leaders since most women were relegated to sales and customer service positions. That was a challenge she faced early on.

“Obviously, we are isolating women leaders in the industry, so that tells you something right there that has changed,” she says. “Over time, when you look at more women in the industry in management and in positions of authority, it tells you that things have grown. But that was one of the first things I think I faced.”

In addition to her role at Nestor Resources, Nestor is the chair of the board of directors of the Pennsylvania Recycling Markets Center. She also helps private and public sector organizations develop strategic plans to survive in a transitioning marketplace. And she is a Waste360 columnist.

When Nestor started her consulting work, she didn’t follow the typical route. She explains the typical consulting route involves regurgitating a project that went really well and selling that idea to as many clients as possible.

Instead, she chose to become an “embedded resource” for her clients rather than moving from client to client.

“I have extremely longstanding clients, and I measure my success on seeing their programs grow little by little from the cumulative advice we have been able to offer them,” Nestor points out.

She also believes that mentoring comes with consulting—or at least that it should.

“I always feel rewarded and satisfied when I hear one of my clients repeating or demonstrating that they now have a full understanding of not just the program that we develop for them but why these things work or why the waste industry works the way it does,” says Nestor. “If I had a personal accomplishment that I like, it’s that I’ve helped other people in the industry grow.”

“When I see advice that we’ve given somebody and they grow and actually flourish out there, I just have the Grinch’s heart that grows and makes me feel warm inside,” she adds. “It’s about having that one success that leads to another one.”

Because Nestor has a different business model than many consulting firms, she explains that as a smaller firm, she has had to prove herself more.

“Something my father always taught me is that your name and your reputation travel much farther than you do,” she says. “So, you always have to make sure that everything you do is ethical and that you try your hardest to do the most for your clients. Doing that as a small firm is a lot harder than when you have a big base of employees.”

“I think that also controlling my natural ambitions and staying focused on not saying yes to every job is a personal challenge that is very hard for a lot of people,” adds Nestor. “I think I learned how to deal with that so I didn’t say yes to so many projects that I couldn’t accomplish them. I was selective in projects that were interesting to me.”

One of Nestor’s standout projects is a study she conducted for Keep Pennsylvania Beautiful. The organization had 10 years’ worth of data on all the illegal dump sites catalogued throughout the state. Over the course of about a year and a half, Nestor and her team worked with Keep Pennsylvania Beautiful and compiled information that pointed to the lack of certain ordinances and regulations, the lack of access to proper waste management services and a litany of things that spelled out the actions needed to improve integrated waste management across the state.

Design for Repair and Reuse

Designing products for repair and reuse is at the core of the circular economy and is a topic that Nestor follows closely. But in order to move toward a truly circular economy, we need to change the way we think.

“We need to start thinking about durability in products rather than planned obsolescence, even though the high-tech products we have are indeed going to become obsolete,” says Nestor. “Instead of having to discard an entire [electronic] unit, we should be able to exchange that unit or give it back to the manufacturer so they could still use the core of the product.”

Nestor stresses the importance of being able to fix materials and devices to provide jobs, reduce waste and provide consumers with better products overall. She believes this is the direction in which millennials and Gen Zers will find commonplace.

Nestor points out that there was a spike from 1960 to 1990 in how much waste we generated in the U.S. A lot of it was packaging, she notes, but people also stopped eating leftovers during that time because it wasn’t considered “cool or fashionable” to reuse anything. The throwaway culture really started then since it was cheaper for the manufacturers to make things out of less expensive plastics and materials.

“The Baby Boomers definitely grew up with discard over repair, even though during my childhood, my parents never would have done that,” she says. “You would have kept your TV or washing machine for decades.”

“I do think we will be going back to that. In fact, one of the very benefits of this circular economy and one of the goals of the Ellen MacArthur Foundation is to teach people new technical skills to be able to repair and remanufacture these items. And it would reduce the unemployment rate, too,” adds Nestor. “So, we need to look at it as more of a big economy approach rather than just not throwing stuff away.”

Industry Trends to Watch in 2020

Heading into 2020, Nestor says the test is going to be how we are dealing with domestic processing capacity and how close we are coming to meeting our needs. She adds that there is a continued change in contracts for recycling collections and that procurement support and privatization are still evolving.

Nestor also notes that although the industry must keep an eye on the whole market, there could be new opportunities for small markets as far as technology that allows for single stream collection in areas that didn’t have the volume before to support the investment.

“You’re starting to see equipment out there in a variety of ways that include organics and allow smaller cities and towns to rethink the way they collect materials and keep materials clean,” she points out.

As far as regulations go heading into 2020, Nestor says that’s a tough one.

“You see the variety of attacks on plastics from all kinds of avenues—from cities to states,” she says. “I would be keeping my eye on what kinds of efforts are out there to consider carbon taxes for air emissions. We just never know where this is going to go with potentially a new administration. So, that would be the one I would always keep my eye on, especially with climate change.”