Why EFS-Plastics is on the Chase for Mixed Bales 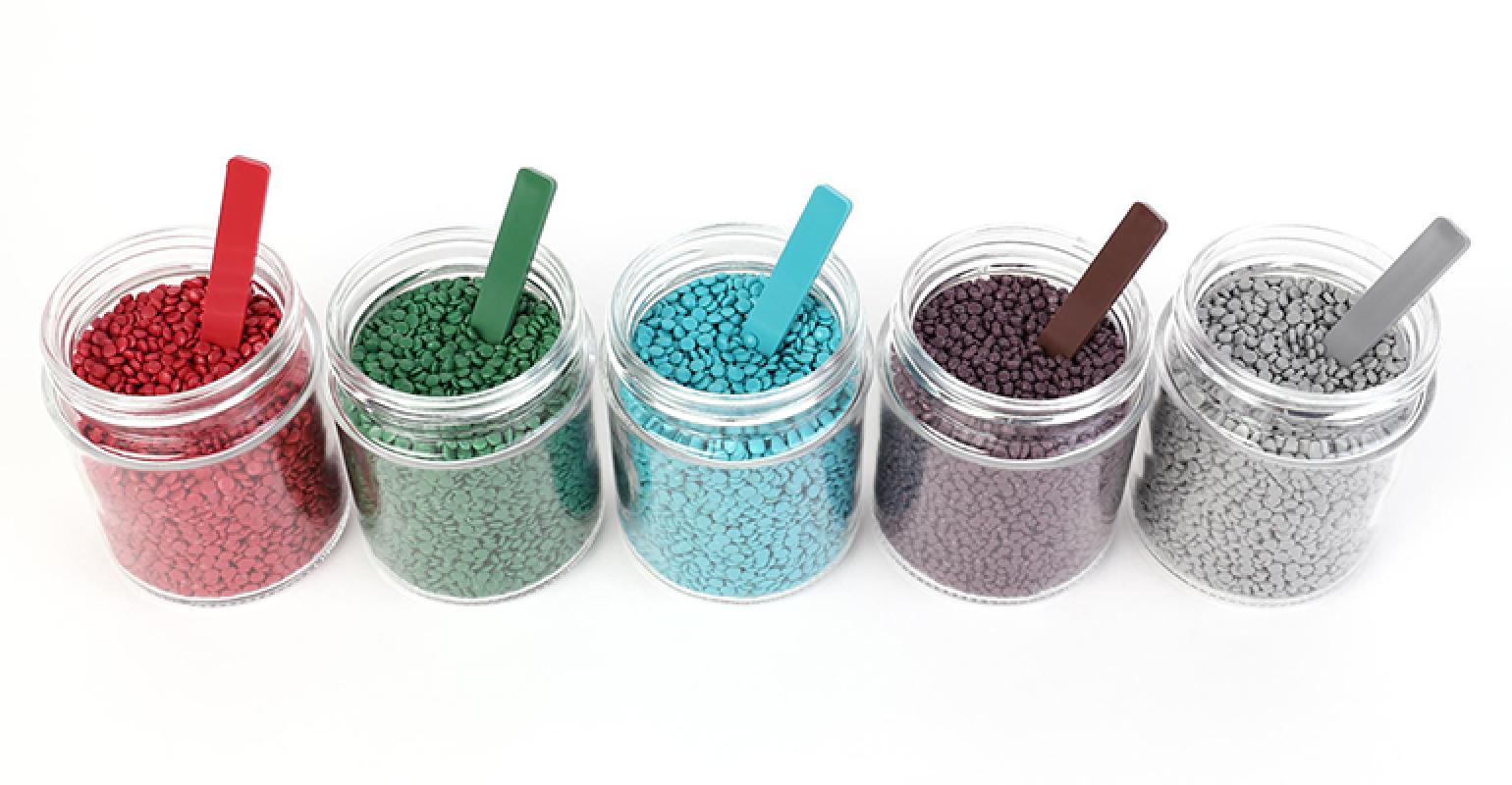 EFS-Plastics, which makes and sells pellets for automotive, construction and agricultural commodities from rigids, actively seeks mixed bales of plastics.

“Mixed plastic bales” … they are three dirty words among many in the recycling industry, especially since China now refuses such shipments. And, now, India says it will ban all scrap plastics beginning in August.

But EFS-Plastics is on the lookout for mixed bales of plastics; the Ontario, Canada-based post-consumer processor can hardly get enough of them.

“We are actively looking for plastics 3-7 and see working with these materials as an opportunity to fill a void created by China’s policies. We have found strong end markets for all of them,” says Eadaoin Quinn, EFS-Plastics director of business development and procurement.

The company makes and sells pellets for automotive, construction and agricultural commodities, among others, from rigids. Resin pellets are made from plastic bags, which go into new, recycled garbage and carryout bags.

EFS has a plant in Listowel, Ontario, Canada, and one in Hazelton, Pa. Combined, the facilities took in about 30,000 tons of material last year, and they are aiming for 48,000 tons in 2019. The plan is to go further beginning in 2020, when a new plant launches near the West Coast.

For now, EFS is pumping existing resources to try and stay on top of the plastics flow, having installed a second extruder in Ontario. A second line is being installed in Pennsylvania to double film capacity there. 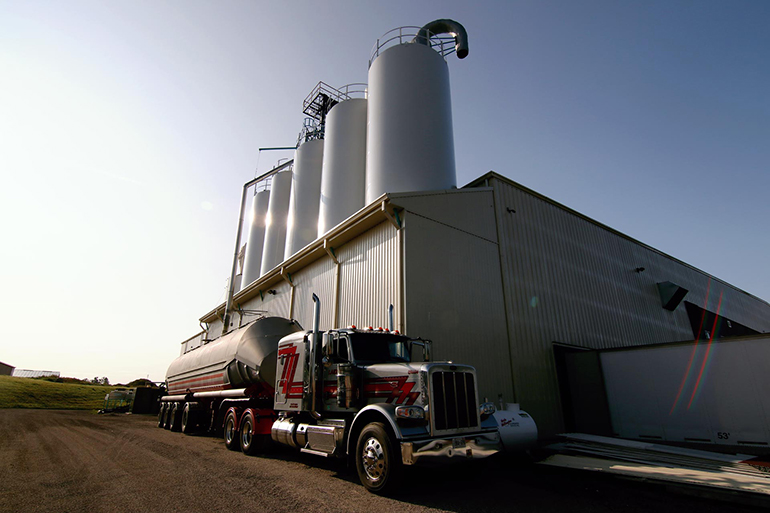 There are varying market conditions for Nos. 3-7 mixed rigid plastic bales versus plastic film, which is mostly plastics Nos. 2 and 4 polyethylene that should not be in 3-7 bales. But EFS is collecting film and handling it separately.

Though there are market limitations for film, the company is trying to capture at least some of the deluge of this plastic type through takeback programs and materials recovery facilities (MRFs).

“Every day, we get calls from people asking us if we can process their film. We would love to build a new facility just for this material but can’t until we see more demand,” says Quinn.

EFS is selling all the film it’s bringing in and talking to manufacturers about potential to develop new products integrating it.

About 70 percent of the company’s film customers supply California markets. State policy has generated business for them. Trash liners must have at least 10 percent post-consumer recycled content. And grocers are required to offer reusable bags from at least 20 percent post-consumer content; in 2020, that requirement bumps to 40 percent.

“These policies have been crucial for film recyclers, and we are pushing for other jurisdictions to consider adopting similar policies,” says Quinn.

EFS is also trying to sway MRFs in order to address what she calls a disconnect between EFS’ demand for Nos. 3-7 and the MRFs' operations.

“I think MRFs are feeling pressure to make clean paper products to export, and that’s their predominant concern. Some are taking only plastic 1 and 2s because they don’t want oily organics on their paper. So, they put out the message they don’t want 3-7s,” says Quinn.

But she encourages MRFs to realize the value of these plastics and to partner with the company to make it work. 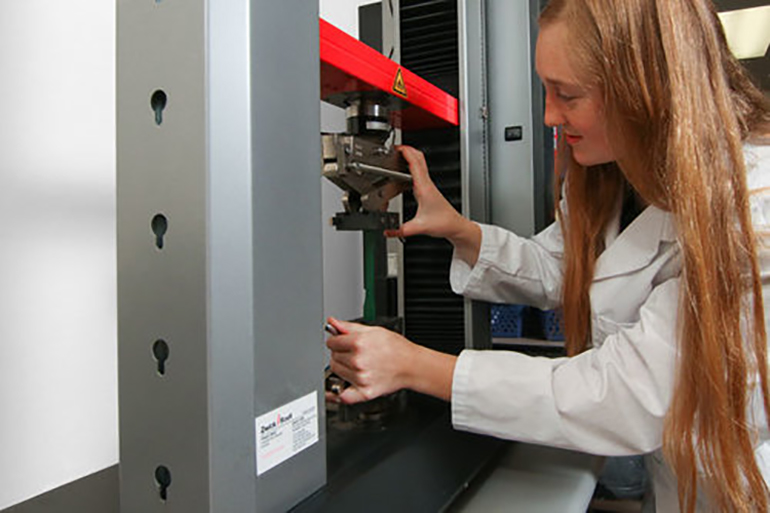 “We communicate a lot with EFS on our mix and system to be able to make a valuable commodity. We send sample loads, and they make site visits,” says Tom Outerbridge, Sims general manager.

Sorting system features allow for modifications to meet processors' specs. These includes the ability to eject plastic by resin type, program to more or less aggressively target a material and sort by size.

EFS washes and grinds the bales, does additional sorting and makes pellets or flakes.

Outerbridge is especially interested in polypropylene (PP or No. 5).

“There are only a handful [of processors] in North America who take it. It’s because it’s relatively new. But I’ve seen more domestic consumers come online that want PP. I hope the market continues to grow because it’s as easily separated at our MRFs as HDPE,” he says.

Busch Systems buys resin from EFS, which is used in its proprietary molds. It has seven bin types made from post-consumer resin used for waste and recycling collections.

“Busch Systems worked closely with EFS to ensure the spec of resin was acceptable, the material was clean and that there would be a steady supply of material. We had to make sure that the color consistency, product durability, resin flow and odor were all acceptable,” says John Greenway, Busch product manager.

There is still trial-and-error work going on, for instance to match with existing colors and to determine what molds and products work with the material. But one common problem has been solved: securing a consistent volume to meet demand.

“We now have a reliable vendor and supply of resin, with plans to expand our offerings of 100 percent post-consumer recycled products,” says Greenway.

There is work to be done to improve systems involving collection at the source, sorting and processing.

But, says Greenway, “[This option] provides manufacturers with a better material to work with and should help the industry close the loop.”