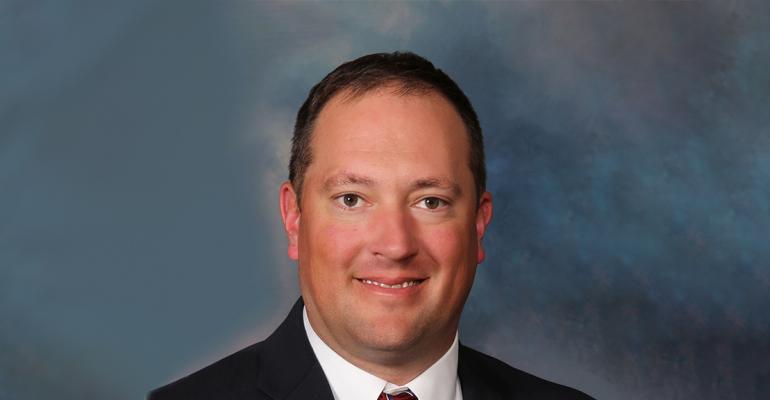 The Waste360 40 Under 40 award recipient discusses WCA’s latest acquisition in the Orlando market as well as employee onboarding and diversity programs.

Jake Pack Jr. has been in the waste and recycling industry for roughly 20 years now, starting off at Waste Management in Columbia, S.C., when he was 18.

He eventually took a position as a site manager in Alabama for WCA Waste Corporation in 2012, where he managed a hauling company and landfill. He quickly progressed to a variety of regional positions in auditing and operations and is now one of the company’s youngest district managers, overseeing the Orlando, Fla., area.

Pack led the company’s integration team in its latest acquisition in the Orlando market with zero churn of its customer base and exceeded budgeted EBITDA. Over the past three years, Pack’s district has led WCA with the best safety record. He received an award for District Manager of the Year in 2017, a Lytx DriveCam Coach of the Year award in 2017 and was awarded for the Safest District of the Year in 2016 and 2017.

“Jake has led a number of initiatives in the company in the areas of customer service, revenue diversification and employee onboarding,” says Bob Shires, Pack’s direct supervisor and mentor. “He has the lowest turnover rate of any district manager at WCA and drives that with employee engagement at his level and below. He strongly supports our diversity programs and has mentored and promoted women and minorities into leadership roles at WCA at both the entry-level management position and mid-level management.”

“Jake's most admirable attribute is that he sees the opportunity that our industry brings to our employees and our customers,” adds Shires. “He hires the best talent he can find and then takes that talent to the next level through coaching and mentoring. Those he has mentored have gone on to win company and industry awards, have been promoted to higher levels at WCA and have improved their quality of life at home. In the age of 3.7 percent unemployment, retaining employees and providing exceptional conditions is critical to the success of any organization. He also does this with a smile on his face and the understanding of what his employees need each day from WCA. Every employee is valued, and it shows when you visit any of his sites. They have smiles on their faces and all talk about what a great leader he is, and that is why they work for WCA.”

Earlier this year, Pack received a Waste360 40 Under 40 award. He recently sat down with us to discuss how he got his start in the industry, as well as the company’s latest acquisition in the Orlando market and employee onboarding and diversity programs.

Jake Pack Jr.: I got started in the industry in 1999 when I was 18 years old. I was working at Waste Management in Columbia, S.C., and worked for them as I went through school at the University of South Carolina. They worked with my school schedule and allowed me to go to school full-time and be a full-time employee as well. My dad has been with Waste Management for more than 35 years now, so that’s how I got my start in the waste industry.

Waste360: You started out at WCA as a site manager in Alabama managing a hauling company and landfill before taking on various regional positions in auditing and operations. How did that experience help you progress as one of WCA's youngest district managers?

Jake Pack Jr.: When I came to WCA, my boss, Bob Shires, was the Region 3 vice president. Bob really mentored and coached me and saw something in me. I am very appreciative for him and what he did because before I got the role as a district manager, Bob made sure I had all the tools I needed to understand each and every aspect of the day-to-day job before putting me in the position where I could potentially fail.

Waste360: Please discuss WCA’s latest acquisition in the Orlando market and your role in that acquisition.

Jake Pack Jr.: I was the district manager, so on day one, you’ve got 60 new employees that you welcome to WCA. It was my first acquisition, so it was a learning curve for me—I did some things really well, and I think I’ve learned to do some things a little differently if we have an opportunity for another acquisition.

Acquisitions are a lot different than bringing on one new hire to run one garbage truck or as one dispatcher. It’s 60 people all at once and going through the onboarding process, the human resources process, the safety process and making sure they understand the WCA handbook and what our expectations are. It’s a lot for them, and not only do we have all that going on, but they have to go out and start doing the job that they were hired for. It’s really juggling that time—we’ve got a job to do, and we also need to make sure they’re fully onboarded and understand everything. We held night meetings and Saturday meetings to make sure we got it all accomplished.

Waste360: What are some of the safety efforts you’ve led at WCA?

Jake Pack Jr.: I was at WCA when we implemented [Lytx’s] DriveCam, so explaining to the driver that this is a tool to help you, it’s not an “I got you,” was extremely challenging. We are putting cameras in these trucks to protect the drivers and to protect our assets. There was some pushback from the drivers the first time they were in the truck with a camera that watches what they do, and I get it. But once they saw it wasn’t a “gotcha tool,” they all started to buy in relatively quickly.

Drivers began embracing the cameras when they heard stories of accidents and cameras revealing to a police officer that the driver was not at fault. Also, using the cameras to show drivers an event where they did something wrong, but they didn’t get in trouble for it and it was a teaching moment instead, went a long way as well.

Waste360: What are some of the awards and accolades that you’ve received during your career?

Jake Pack Jr.: The award I received that means the most is the second-place Coach of the Year for DriveCam in 2015. I didn’t even know I was nominated for it. To sit there daily and spend time with drivers and talk about things they did correctly but also things they can improve on to be a better driver and for them to take that moment in the office and execute it on a daily basis means a lot. They weren’t just taking the advice from DriveCam and myself and brushing it off to the side. They changed their behaviors, and that’s about all you can ask for when a conversation with somebody isn’t always a pleasant one, but they use it to become a better driver.

Waste360: What sorts of initiatives have you led when it comes to employee onboarding and the company’s diversity programs?

Jake Pack Jr.: You’re only as good as the team you’re surrounded by, and I feel like I have a very good team but also a very diverse team. I have one of the only female site managers in the company who runs our Orange City office, and her background allows her to attract employees that I never could.

We have a female driver over there now who told her during the 30-day check-in process that, “I chose this job because you’re a female as well, and when I interviewed at some other places, I didn’t feel as comfortable working at that location.” People’s backgrounds—regardless of gender or ethnicity—really helps a lot when they can sit down at the table and have a conversation with someone and really relate to them in a way that I might not be able to.

What also helps is that I try to be there for every single new hire orientation to just say hello and let them know who I am. I give them my information and let them know I am here for them if they ever need anything. I also have the conversation with them that safety is extremely important and that we can work on a lot of things together, but if you can’t be safe, you’re not going to work at WCA.

Waste360: What are some of the challenges you’ve had to overcome throughout the course of your career?

Jake Pack Jr.: The latest major challenge that I had to face was the acquisition. WCA has a strict cellphone policy because of the amount of distracted driving out there. And the acquisition company in Orlando and Jacksonville did not have a cellphone policy at all. So, it was balancing that fine line of how many times do we teach, how many times do we mentor and how many times do we get in the cab and try to eliminate these cellphone distractions before implementing WCA’s policy? It would not have been fair to anybody on day one, when they had always been allowed to use a cellphone or radio while driving the truck, to put them through the WCA disciplinary process. I had the support from the corporate team to implement that the way I saw fit, which was nice, because we are trying to build a culture with the 60 new people who don’t know us. If we used disciplinary actions for using a cellphone in the first week, I don’t think we would have retained as many employees as we did.

Waste360: What keeps you motivated on a day-to-day basis?

Jake Pack Jr.: I’ve got a great boss who gives me all the support and tools I need to do my job, and then there’s my team. Every single person on my team was at one point in time a dispatcher at WCA or a driver at WCA. They, like myself, have been promoted throughout the company and within the industry. The drivers have hope because they’ve seen their coworkers get promotions, so they know that if they do a good job, there might be something else out there for them.