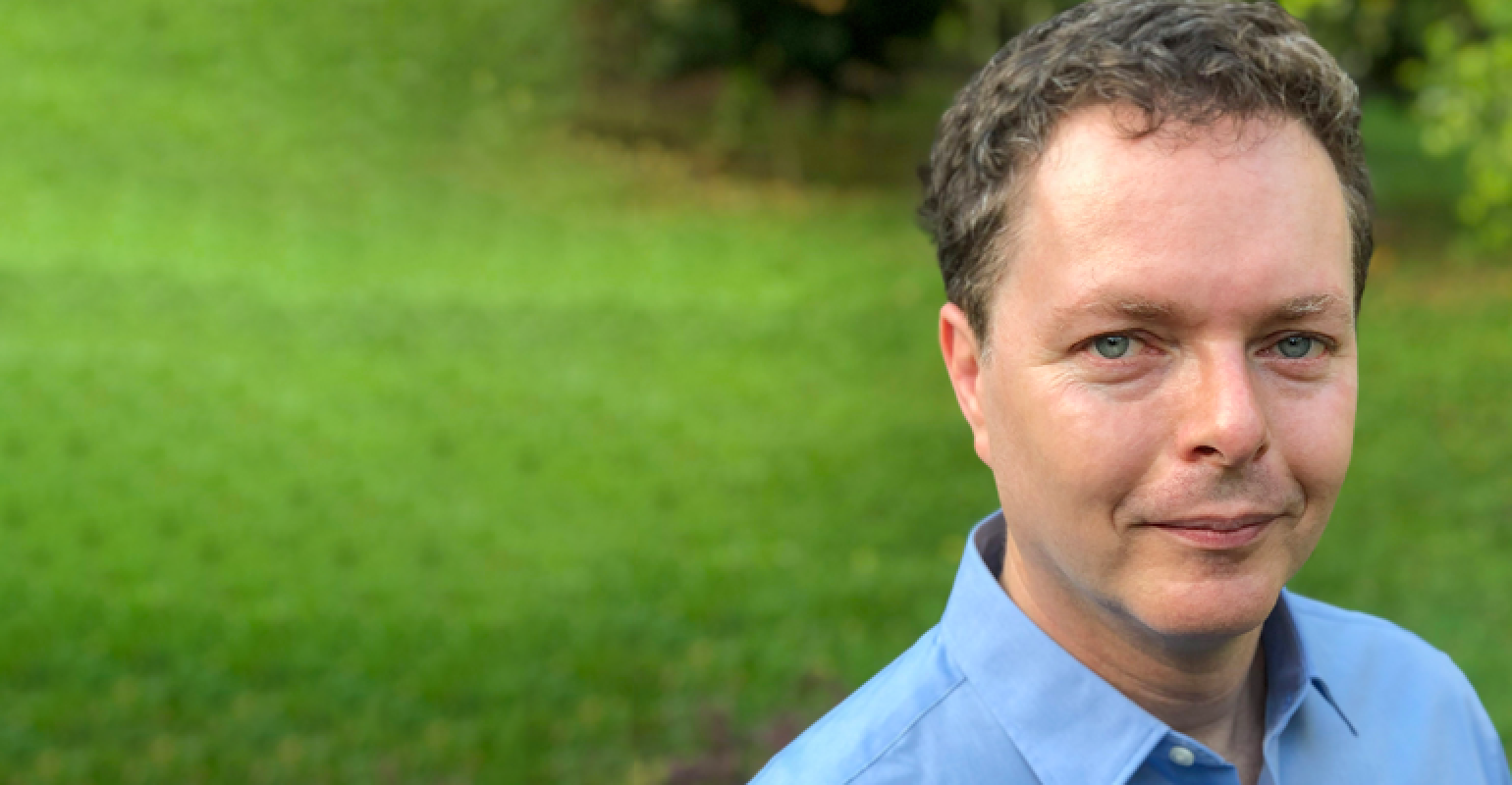 At WasteExpo 2020, the columnist and author will discuss his work, what’s happening in emerging markets and what he thinks is the next big waste and recycling frontier.

Adam Minter, a notable recycling journalist and author, was born into the recycling industry. His great-grandfather came to the U.S. without an education or trade and become a picker in Texas. He eventually moved to Minneapolis to set up a scrap metal yard, where Minter worked for a number of years before transitioning into journalism.

Waste360 recently spoke with Minter about his work, what’s happening in emerging markets, what he thinks is the next big waste and recycling frontier and what WasteExpo 2020 attendees can expect to take away from his session.

Waste360: For years, you have explored the hidden world of globalized recycling. Can you highlight some of your biggest discoveries?

Adam Minter: I started reporting on the trade in 2001 for Scrap magazine, which is owned by ISRI [Institute of Scrap Recycling Industries]. I then moved to China and was really the first reporter to start looking into what was making recyclables exported from the U.S. such a hot commodity in China. I explored the demand and manufacturing side of the trade in China, and in 2003, I did a three-part series called “Scrap in China.”

Over the years, I’ve continued to debunk the idea that the only reason scrap moves to emerging market nations is the regulations are weak and the wages are low. Some emerging markets have an expanding industrial economy, and really since 2001, there has been a demand by metal processors, paper makers and others for raw materials.

It all comes down to the idea that stuff isn’t exported or imported but somehow dumped in emerging market nations, which is absurd if you know anything about global trade. For example, you can’t put a bunch of computers in a container and tell a shipping company to take it wherever it will go at a cheap rate; you need someone to buy the materials, and that’s really what I’ve been exploring and explaining all these years.

Waste360: In the mid-2000s, you shifted your focus to the world of thrift stores and secondhand goods. Can you talk about that and what you refer to as the growing tide of “single-use stuff?”

Adam Minter: All of my journalism is personal to some extent. I was genetically interested in the scrap trade, and after years of covering that, I couldn’t help but notice other tides of waste that don’t get covered as much.

I think it’s very easy to overlook things like thrift stores, even if you’re in the waste and recycling industry, because they don’t come off as something that’s economically and socially important. But after the passing of both my grandmother and my mother, my sister and I had to figure out what to do with all of the material things that were left behind, and that’s what inspired me to start exploring where all that stuff goes and ultimately the reuse trade.

People donate items to places like Goodwill and Salvation Army and sell their items at garage sales. This is something that happens all over the world, not just in the U.S., and that global social problem is really highlighted in my book “Secondhand.”

I spent a lot of time in Japan for this book because I wanted to show readers that there is no easy solution to this problem. Much of the world is focused on issues like plastic straws, plastic bags and wider plastic problems, but focusing on what to do with durable goods and items like electronics, clothing and furniture that fill our homes is also part of the overall waste equation that we need to solve.

Waste360: How do you think the industry can better focus on reuse? Are there any best practices you can share?

Right to repair’s influence over the kinds of gadgets that we have and what enters the waste stream could be very profound, so the industry really needs to think very seriously about getting behind those laws.

In addition, I think durability labeling standards is something the industry should get behind. The idea with that is manufacturers of goods actually put a label onto goods stating how long the goods are expected to last. For example, a garment would say it’s expected to last X number of washes.

Durability labeling standards would help get people to buy better stuff that won’t break as easily or as often. We know this because it’s been studied thoroughly in Europe, and we see that people are willing to pay more for stuff if they know it’s going to last longer.

Waste360: What do you think the biggest misconceptions are around the concept of reuse and recycling?

Adam Minter: I’m a big booster of the recycling industry, but I don’t think the recycling industry has done a good job of telling consumers what it actually does. This has given consumers the idea that if they place a can in the blue bin, it goes to some kind of green heaven where it’s magically transformed into a new can. And, of course, that’s not true.

Recycling is an industrial process, and it requires energy inputs and carbon. In fact, it’s oftentimes just as dirty as primary production, but that doesn’t mean it’s a bad thing. It’s just the reality of making stuff.

Waste360: In the U.S., people are used to upgrading things like clothing and electronics to have what’s in style or the latest and greatest gadgets. In other countries around the world, they embrace reuse so much more. Do you think demand for a more reusable economy will start to gain more traction in the U.S.?

Adam Minter: I think there is some misunderstanding. One of the reasons you see high levels of reuse in emerging markets is income levels. There’s an incentive for repair, and if you don’t have a lot of money to buy something new, you’re going to repair that item.

In places like Ghana, for example, you see a lot of sophisticated repair economies and repair technicians doing things that I don’t think you could pay to have done to your electronics in the U.S., such as using a microscope and taking the time to really repair a motherboard.

The challenge in an economy like the U.S. is that you don’t have that incentive for repair because many people can afford to replace the item. However, we have seen more and more interest in sustainable consumption and sustainable brands, and that’s very encouraging.

It really comes down to getting Americans to widen their conception of what’s an acceptable used good. I think there is hope for that, but it’s going to take time.

Adam Minter: I believe a circular economy is a global economy, and one of the real problems is people are very much thinking of a circular economy existing solely within a single country, geographic region or economic union. And that’s just not going to work.

This has been a trend over the last 30 to 40 years—wanting to increasingly restrict waste, recycling and reuse trade. To me, that’s antienvironmental, and if you’re not allowing people who want to recycle to actually recycle, then you’re not really enabling a circular economy.

Waste360: Your new book “Secondhand” recently hit the shelves. What are some key points you want readers to take away from the book?

Adam Minter: I deliberately start out on a personal level with a cleanout of a relative’s home, but then I dive further into the American home cleanout industry where people are paid to cleanout homes and to try and find places where stuff can be reused most effectively. From there, I follow that industry through Japan because I want to express to my readers that this is a global social problem, although it can feel very personal.

I try to explore where a lot of the stuff is going, so I show folks how difficult it is for a Goodwill to dispose of everything that’s donated. It’s really an insider’s view to show readers how difficult it is to reuse everything and how solutions like right to repair and durability labeling standards can help with restricting the flow of secondhand repairable goods from primarily white nations to nations that are populated by people of color, which is something that shouldn’t be overlooked.

Waste360: You will be speaking at WasteExpo 2020. What can attendees expect to take away from your session?

Adam Minter: The first thing I want to do is explain what I do and how I decipher a market. It’s not an easy thing to do when there is little to no data, but I would like to explain my process for deciphering what’s going on in some emerging markets, which are going to be very promising markets not just for the reused good trade but for the recycling trade as well going forward.

The other thing I want to discuss is my career as a trade magazine journalist and columnist, which I’m very proud of. I’ve had the opportunity to go from the trade world up to the national media, and I want to give attendees a perspective of how our trade is viewed outside of the trade press.