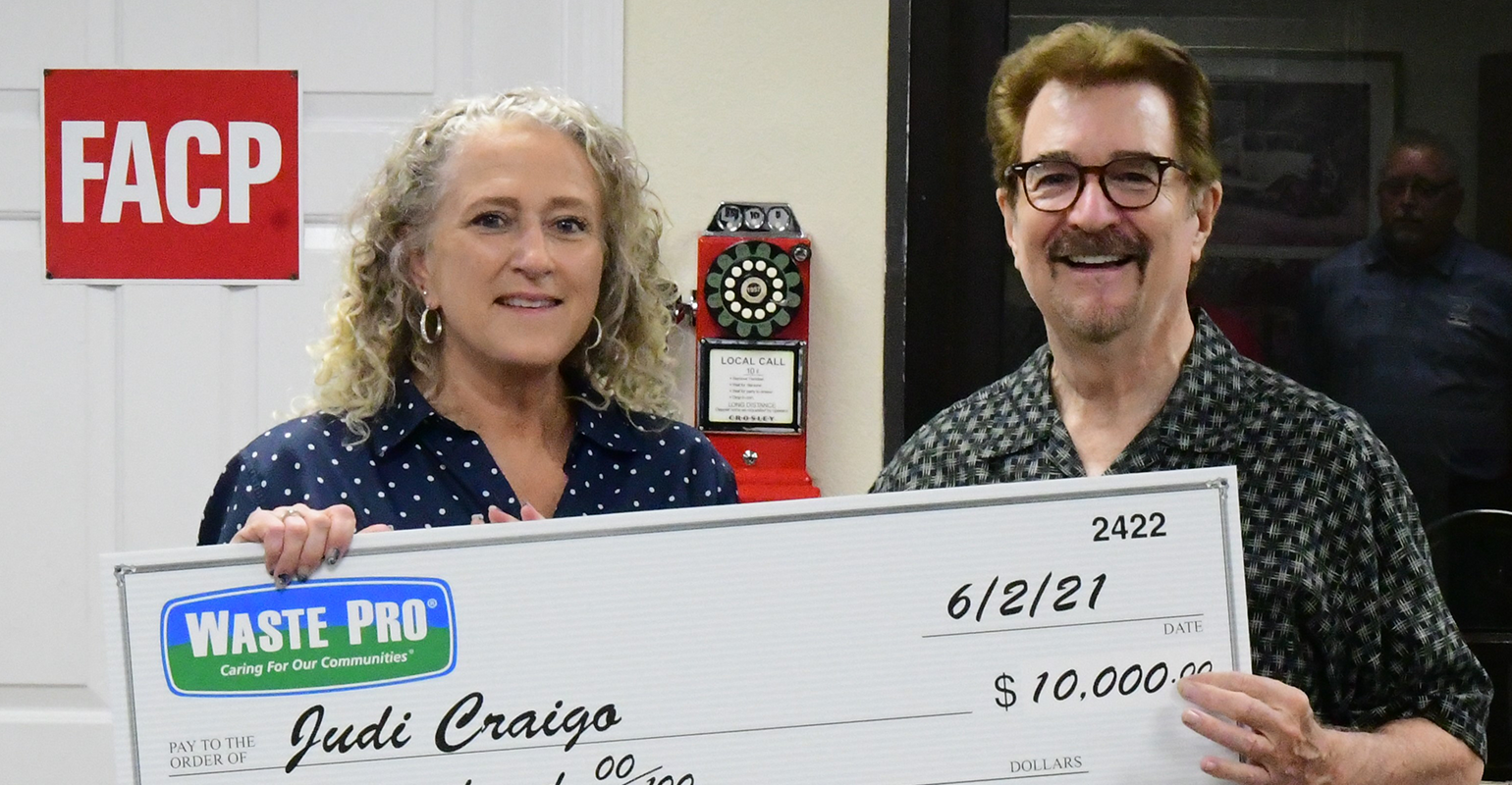 If you ever want to know about Waste Pro’s 20-year history, Judi Craigo would be a good place to start – after all, she’s been here since day one.

Judi was looking for a new job in 2001 when she heard about an opportunity with Waste Pro.

“As a person of faith, I was like ‘God, I need a big wide door to open,” Judi said. “Literally the next day, I got a call from [Daytona Office Manager] Stephanie Lyons and she said John Jennings was starting a company. I said, ‘I’ll be there tomorrow for an interview.’”

Judi was no stranger to John Jennings – she knew him and several other Waste Pro leaders through her time at Waste Management and Jennings Environmental. In fact, she gave her notice to the now-VP of Municipal Marketing Tim Dolan after she took the job at Waste Pro.

“I was probably the first full-time office person for the company,” she recalled. “When we started getting trucks, they would come into the parking lot and I just remember looking out the window thinking, ‘Oh my goodness, it’s another truck! Look at it, it’s so pretty!”

Judi transitioned to the human resources world in 2003. In the beginning, she said, she and her team personally went to each division annually during open enrollment to educate employees. As the company grew, there were too many locations for her team to get to alone – luckily, by then there were enough Regional HR leaders to assist. Of course, she is still asked for help from time to time – she calls it the “ebb and flow” of an organization.

Judi also plays a critical role in planning and emceeing the annual Managers Meetings. It originally began, she said, as a do’s and don’ts of sorts for Office Managers on how to use different systems. Over time, it transitioned to what it is today – a chance for Division Managers and other leaders across the company to get to know each other, focus on day-to-day processes and procedures, and have in-depth discussions about developing great leaders.

“I’ve had the privilege of being emcee for all of the meetings and that is something I hope continues until I retire,” she said.

Over the course of the past 20 years, she’s seen a lot. People have come and gone, technology has changed dramatically, her daughter joined the company as an intern and ended up staying for five years, and the company grew from $800 in its first month to over $790 million in 2020.

But at the end of the day, the process is still the same.

“You’ve still got to service your customer and make sure they’re taken care of, and that’s the bottom line,” she said. “Take care of your employees, take care of your equipment…those are all the fundamentals of running a good business. It was true 20 years ago and it’s true today.”

She’ll be retired by then – she and her husband purchased land a few years ago and plan to build a retirement home on it – but she thinks the company will keep growing.

“The growth of the company is amazing to me when I think back on it over the years,” she said. “It’s rare to be employee number five and still around with almost 4,000 employees.”