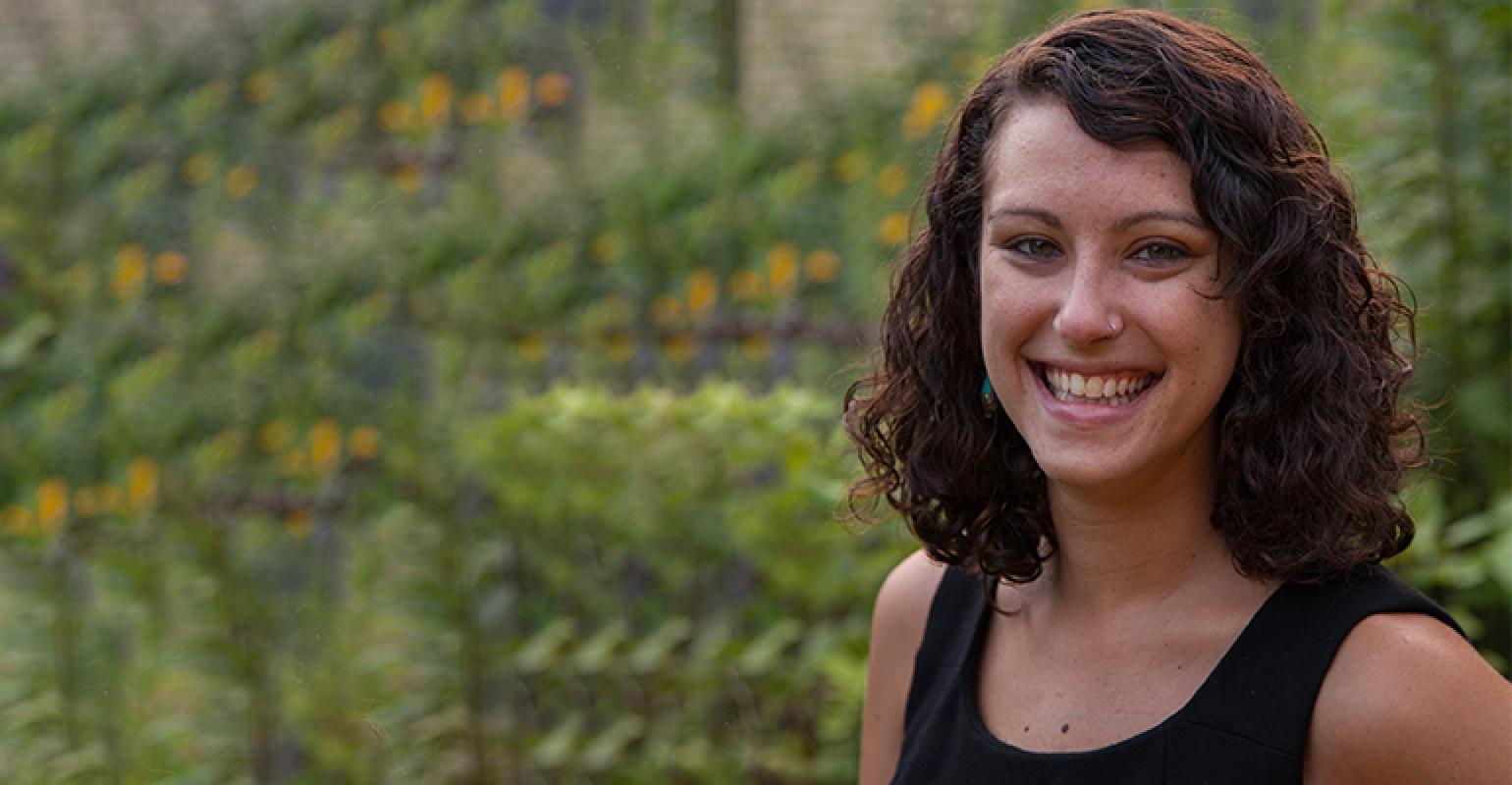 The Waste360 40 Under 40 award recipient is helping match food donations with nonprofits to combat food insecurity and hunger.

After noticing a disconnect between food waste and hunger, Hana Uman was determined to get her master’s in food studies at Chatham University in Pittsburgh and start her journey toward advancing environmental and food justice.

She began her career working for the university’s office of sustainability, and then became one of the first employees of 412 Food Rescue, a nonprofit dedicated to ending hunger by organizing volunteers to deliver surplus food to insecure communities.

As program director, special programs and projects, she oversees four main programs that help to rescue wasted food, reduce food waste and combat food insecurity and hunger. She also works with volunteers to redirect food from landfills to people in need, showing how waste can be addressed with innovative technology.

Uman was recently honored with a 2020 Waste36040 Under 40 award and spoke to us about 412 Food Rescue’s programs, the nonprofit’s volunteer-facing app and some of the biggest challenges around food waste.

Hana Uman: I’ve always been very interested in waste reduction, and it’s something I grew up with. I remember going with my dad to do trash pickups and community beautification projects. As I got older, I worked with AmeriCorps in an elementary school, where most students qualified for free or reduced lunch, and saw the connection between food waste and food insecurity at the school level.

Waste360: What are some of your main focuses as program director, special programs and projects at 412 Food Rescue?

Hana Uman: As program director, I primarily oversee four programs: Hidden Harvest, UglyCSA, Cooking Matters and the Good Food Project. I helped get these programs off the ground and have grown them to a good place where they are now being led by other folks, which is exciting.

With Hidden Harvest, it was really about getting partnerships started with the city of Pittsburgh and the Department of Forestry. Once we had those partnerships, we were able to glean fruits and vegetables like crab apples from public and privately-owned trees, orchards, farms and gardens to provide fresh food options for our nonprofit partners. My favorite thing about that is we were able to make products like cider and ice cream from food that people would normally think of as waste.

For UglyCSA, we started a pilot in 2016 with 40 shares, and I grew that to 250 shares. This program helps create new markets for previously unsellable produce, and through this program, we’ve helped save valuable resources like water, soil and fertilizer that would have otherwise gone to waste.

For the Cooking Matters curriculum, we focus on ensuring individuals and families who are experiencing food insecurity and receiving food through our nonprofit partners have the tools and skills they need to utilize that food at home and avoid wasting food. Since 2016, program participation has grown by more than 800 percent, with 603 graduates who now know how to reduce household waste by cooking at home.

As part of the Good Food Project, I helped update a kitchen space that’s used to serve 300-plus meals to nonprofit partners each week. There are a lot of different barriers people face when trying to create meals at home, like space, storage, equipment and an actual kitchen, so we create and provide prepared food from some of the food that we rescue. I’m excited to see how this project will continue to grow in the future.

Waste360: Can you discuss 412 Food Rescue’s app and how it’s helped make an impact?

Hana Uman: The app, which is called Food Rescue Hero, is a volunteer-facing app where volunteers get a notification on their phone stating what food needs to get picked up and where it’s going. It has really allowed 412 Food Rescue to scale tremendously.

When I started at 412 Food Rescue four years ago, all of the food rescues were primarily coordinated on Facebook. We would hear from a food donor about a donation available and that donation would be matched with a nonprofit. Then, we would put a post on Facebook asking if anyone was available to pick up and deliver that donation. That method worked on a small scale, but the app has really allowed donations to happen more easily and quickly.

On the app, volunteers can also accept regularly occurring rescues as well as ad hoc donations, as needed. The app also is being provided to other nonprofit organizations with similar missions to help them increase food recovery and scale their operations.

Waste360: What do you think are the biggest challenges around food waste and what can be done to overcome those challenges?

Hana Uman: I think food is really personal, and people don’t want to think they are wasting that much food. I would say that for myself, too. So, on a personal level, it’s getting folks to understand food waste at home because food waste reduction starts with one’s self.

The other thing is getting people to rethink food standards. If an apple has a bruise on it, for example, people need to know they can just cut that bruise off and eat the rest.

The reasons why food goes to waste can be so arbitrary. For example, if there’s a bag of potatoes that’s supposed to be 4 pounds and it says 5 pounds, it can’t be sold and is rejected. So, there’s nothing wrong with it besides the label yet it goes to waste.

I think food waste can be easily changed, but it needs to be an all hands on deck approach—from the farm worker to the individual purchasing the food.

Waste360: What advice do you have for the next generation of industry workers?

Hana Uman: Waste reduction is critical, and now is the time to do it because everyone is thinking about it and everyone is starting to pay more attention to climate change. As an industry, professionals can really come together and combine resources to make a difference and tackle the big issues.