Trends, Insights and Highlights from WasteExpo 2022 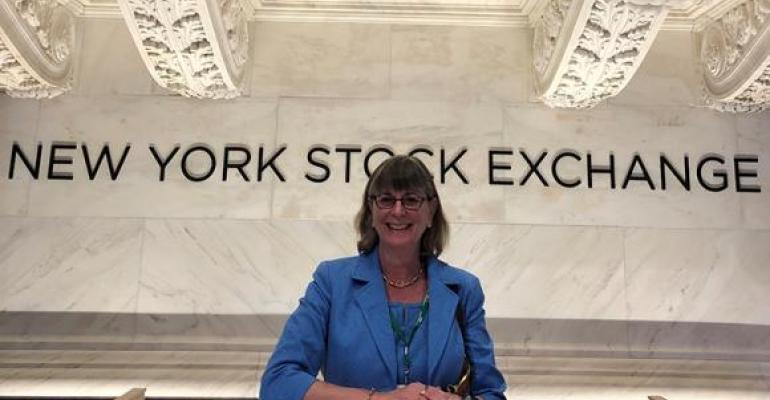 WasteExpo was held in Las Vegas this year from May 9-12. A large and enthusiastic crowd welcomed the return of the full live event! In this edition of Business Report, we share insights we gleaned from the show floor, as well as highlights and takeaways from several of the keynote and education sessions.

WasteExpo was held in Las Vegas this year from May 9-12. A large and enthusiastic crowd welcomed the return of the full live event! In this edition of Business Report, we share insights we gleaned from the show floor, as well as highlights and takeaways from several of the keynote and education sessions.

Insights from the Show Floor

Labor, or more precisely the lack thereof, was a recurring theme throughout the show, and there was a lot of discussion about the increases in wages that had become necessary not to just attract, but also to retain workers, particularly drivers. When the labor issues are combined with supply chain delays and constraints on getting equipment, particularly trucks, and most recently the spike in diesel, the current situation has many smaller private haulers either tossing in the towel and selling or seriously contemplating it. But, conversations on the floor also revealed a tale of two private hauler realities. There are clearly a number of private haulers who are gaining market share and growing rapidly. Several of these players we spoke to said that IF you can find the trucks and the cans, there is plenty of work out there to pick up from industry players, both large and small, who are simply not able to pick up the garbage or properly service their accounts, most often due to labor shortages. As a result, some private companies, like LRS and Coastal Waste, were able to grow rapidly over the last few years, despite the pandemic, such that there a number of sizable regionals emerging, even as the publicly-traded companies report record M&A activity and continue to talk about very robust acquisition pipelines. Valuations for acquisitions were characterized as still historically high, even with the recent rise in interest rates, though there was some expectation that rates would have a negative impact on valuation over time.

Inflation was another key topic. Beside labor inflation, the price of equipment and the recent spike in fuel costs are having huge impacts on businesses, especially as we are talking about the three major cost areas in the solid waste industry. As one conference participant quipped to me—"With wages up from an average of $15 to $20 per hour, trucks up from $300,000 to $375,000, and diesel going from $3 to $5, industry inflation is up in the double digits, well in excess of CPI”. With that said, we were not surprised to hear haulers having to increase prices by 10%, 15% and even 20% in certain cases. We also heard an increasing number of them considering more formal fuel surcharges, which generally is much more common among the publicly-traded companies. Despite the sheer size of the price increases we were hearing about, customer acceptance is, by all accounts, very high, which echoes what we heard from the publicly-traded companies when they reported first quarter earnings. As another conference participant quoted to me—"The customers don’t ask what it costs, they just ask whether you can pick it up!” And, even for small businesses, garbage removal is still a relatively small piece of their overall cost structure.

And yet, despite the rising costs and prices, we did not hear any indications of, or even fear of, a slowing economy from the industry participants we spoke with. Housing, and therefore C&D, was noted as very strong, while the service sector, which is the backbone of commercial collection, was also noted as growing, with industry players talking about strength in hotels and restaurants, among others. Again, a lack of work was simply not an issue.

On the show floor, there was a lot of buzz around EV. We believe it was the first time there were several fully operational EV garbage trucks on the floor. The consensus remained, however, that the technology (and the cost) had a way to go to be truly competitive—we saw spec ranges on several models of 60+ miles and 100+ miles that are still not sufficient for many routes and service needs. That said, the consensus also was that the EV trucks had real potential for the solid waste industry, and it was just a matter of time for greater EV adoption. Although recycling robotics and routing software companies have been ubiquitous on the show floor for several years now, the number of automation and digitization technology companies and offerings certainly grew this year.

We attended the Super Session: “Understanding PFAS and its Complexities”. This session covered the PFAS basics and history but acknowledged that major knowledge gaps remained. It was estimated that 55%-60% of landfills discharge their leachate to wastewater treatment plants (POTWs), but that landfills overall contribute a relatively minor amount of PFAS to the POTWs’ influent. That said, it was noted that POTWs are increasingly leery of accepting landfill leachate as it is viewed as a source of PFAS, and as PFAS state regulations become tighter, a number of POTWs are preemptively restricting, limiting or refusing to take leachate. However, it was also stressed that POTWs and landfills are increasingly symbiotic. It was estimated that 51% of POTW biosolids go to land application and 22% is landfilled, and Maine’s decision to ban land application of biosolids (due to PFAS concerns), if adopted by more states, obviously means that more biosolids are likely to head to the landfill. In any event, the trend seems to be toward more on-site management and pretreatment of leachate, and the proven technologies remain reverse osmosis and granular activated carbon, which substantially remove 90%-99% of PFAS, but again, the residuals must then be managed and disposed. In the meantime, state and federal regulatory efforts are increasing, and in particular, the industry is watching to see whether PFAS is designated as a hazardous waste and what ramifications that would involve. Yet, landfills are advocated as a good place for PFAS to be as there are no proven destruction technologies now—PFAS seemingly can be sequestered and controlled in a landfill, so a number of participants felt that overall, PFAS management may well end up as an opportunity for the industry—just one with more costs involved! It was estimated by EREF that the incremental cost to treat PFAS within leachate could potentially necessitate a tip fee impact of 3%-14%, based on a $54 per ton average.

We attended the Keynote session of the Sustainability Talks forum “Sustainability is Good Business” with Bill Caesar of Generate Capital. Caesar highlighted the tailwinds now present for sustainability efforts, particularly for organic waste. They included: 1) consumer preferences pushing brands, 2) shareholder pressure due to ESG considerations, 3) increased action on the state regulatory front, particularly in CA, NY and the Northeast, and 4) support by the C-Suite—corporate executives now see growth and competitive advantages in sustainability, not just compliance. He also noted lots of money chasing opportunities in the area—estimated at $120 billion in 2022, in particular in RNG, electrification, and circular economy activities. The runup in global commodity pricing has only enhanced these efforts. In particular, he highlighted organic waste as big volume, so a big opportunity but noted it is still very hard. As organic waste makes up 40% of landfill tons, it is the key to higher diversion rates. Yet, he noted that numerous challenges remain—it is generally more expensive than landfill, and we still lack sufficient processing capacity. But, there is now more willingness to pay, with again more regulatory and commodity market support, and the technology and operational knowledge is now better, if not breakthrough. He also touched on the numerous ways to capture value from organic waste—LFGTE or RNG, diversion before it becomes waste, compost and animal feed to name a few. Lastly, he also touched on the issues that remain as headwinds—the NIMBY and BANANA (build absolutely nothing anywhere near anyone) pushback to capacity creation, potential complications from future PFAS regulation, and the still high level of contamination prevalent.