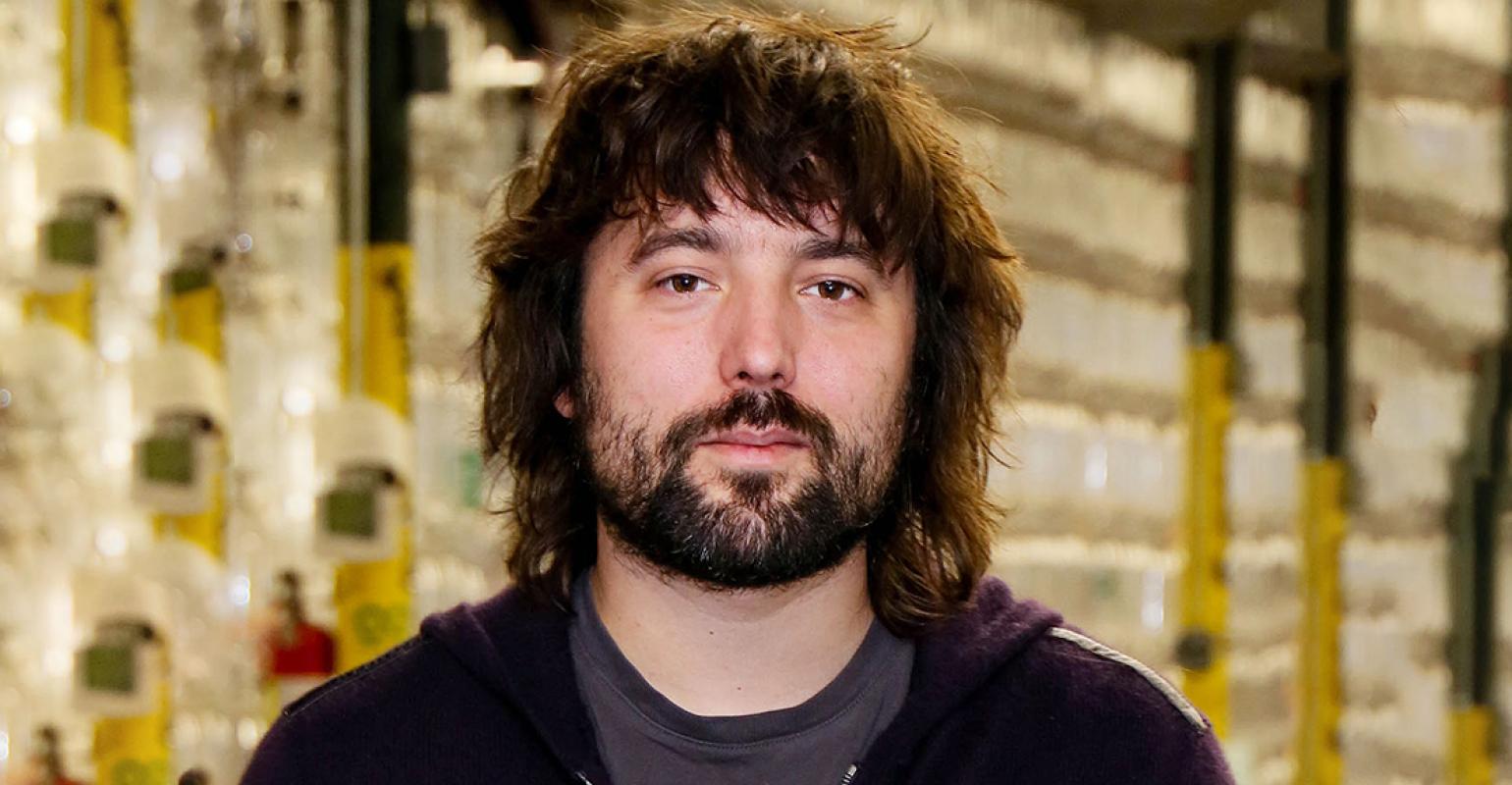 The 2019 Waste360 40 Under 40 award recipient discusses how he got his start in the industry as well as TerraCycle’s mission to eliminate waste.

When Tom Szaky was a freshman at Princeton University, he and several friends during a fall break ended up feeding kitchen scraps to red worms and using the resulting fertilizer to feed some of their indoor plants. The results amazed Szaky and the idea for TerraCycle was born: to help eliminate the idea of waste by making quality fertilizer from food waste.

Szaky emptied his savings accounts, borrowed money from friends and family and maxed out his credit cards to create a massive worm feces conversion unit. He eventually decided to leave Princeton and pursue TerraCycle fulltime.

The company has since evolved, and earlier this year, TerraCycle created Loop, a first-of-its-kind circular shopping system, in partnership with major retailers and brands. It aims to change the world’s reliance on single-use packaging, offer a convenient and enhanced circular solution to consumers and secure meaningful environmental benefits. The system, which also launched in Paris and will continue to roll out to more markets throughout 2019 and 2020, allows customers to responsibly consume a range of products in customized, brand-specific, durable packaging that is collected, cleaned, refilled and reused. The content, if recoverable, is either recycled or reused.

Szaky has been named a 2019 Waste360 40 Under 40 award recipient. He was nominated by Kimberly Frost, who never met him but has been interested in and following Terracycle’s growth through the years.

“He's a self-made guy,” says Frost. “He invested in his passion and grew from there. He stayed local. He invested in his community. He took his solutions global. He is someone who harnesses challenges and morphs them into opportunities. His solutions benefit the environment and show the human capacity for creative problem-solving.”

We recently sat down with the 40 Under 40 award recipient to discuss how he got his start in the industry as well as TerraCycle’s idea to eliminate waste.

Waste360: How did you get your start in the industry?

Tom Szaky: I started my company in the middle of my freshman year of college, and I left college in my sophomore year to pursue it, so I sort of fell into the industry. I think waste is an amazingly big topic and relative to its immense scale; it’s incredibly un-innovative.

So, that to me was a way to create a business that focused on purpose, as in making the environment better and, in a secondary way, making society better while making a profit. And that was very attractive to me.

Waste360: Please tell us about your brief time at Princeton.

Tom Szaky: When I was in college, I was very interested in behavioral economics—that was my major. I think the big turning point for me in economics overall and sort of thinking about business in different ways was actually the first class of economics. The professor got up on stage and the first thing she said was, ‘Let’s define the purpose of business.’ And the answer she was looking for was profit to shareholders. I sort of had a problem with that in the sense that I thought there are so many people who interact with a business—employees, vendors, customers, etc.—and so few do it for profit to shareholders and don’t think it’s the reason for its existence. So, I sort of started exploring that conflict a little bit and where I landed was at, ‘No, the purpose of business is for society and the planet and it should do so at a profit, but profit isn’t the reason of being.’ So, that’s where I picked up this whole exploration.

Waste360: What was your initial inspiration for starting TerraCycle and eventually the Loop shopping system?

Tom Szaky: TerraCycle, for me, was inspired around garbage and around how people don’t like garbage and pay to discard it. That's a big issue, and although everything one day becomes waste, the innovation is relatively small. That, to me, was a really interesting opportunity, and that’s how TerraCycle began—starting with the organic fertilizer and then emerging to recycling programs and other exciting things.

Fast forward to a few years ago in 2016 or 2017, we were thinking, ‘Is recycling really the foundational solution to waste?’ And we realized that it is a solution for the symptom of waste but not the root cause of waste. That began a big exploration that landed us launching Loop, which was announced in January and went live in May.

Waste360: How are things going with Loop since the pilot program has expanded into new areas? What kind of feedback have you received from that project so far?

Tom Szaky: Loop went live on May 14 in France and on May 21 with Kroger and Walgreens in the U.S. The launch is coming up in London in January 2020 with Tesco, in April 2020 in Germany and Canada and then in late 2020 with Australia and Japan. So, there’s a lot coming up. 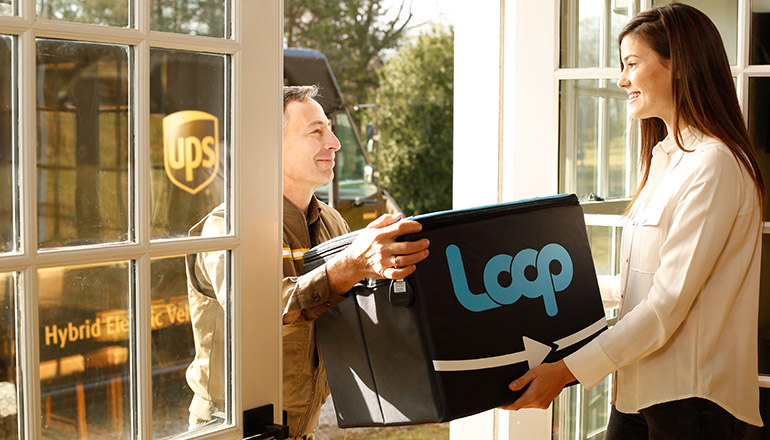 In the platforms that are live today in the U.S. and France, we are finding that people really like Loop for two reasons: for the reuse and the design that it brings to the products in their home. And that was really interesting to see how much people gravitated to Loop because of the design.

We are also seeing people are less sensitive on the price end of the project. People want to make sure the product itself is a reasonable price, but they’re open to paying a deposit equal to the value of the package, which is really quite exciting.

Waste360: How is TerraCycle eliminating the idea of waste?

Tom Szaky: We are doing that in four ways. One is that we help make things that are not recyclable recyclable. That is one of our major business units—we recycle everything from dirty diapers to cigarette butts and flexible food packaging to toothbrushes.

Our second division focuses on how do we integrate waste back into consumer products? For example, ocean plastic into shampoo bottles and many other such examples. But again, always with major brands.

The third is Loop—moving from disposable to durable consumption.

We also have an emerging division around diagnostics, which looks at certain waste streams that carry diagnosable samples, like the saliva on your toothbrush or the fecal matter in your child’s diaper, and are creating a solution to that. For example, many toothbrushes have saliva samples, razor blades have skin samples, tampons have menstrual blood and kitty litter can contain cat urine and fecal matter from the pet. In all those cases, we can create an opportunity—which we are developing now—where you buy a diagnostic kit and put in one of the samples from those waste streams and then when it comes back to us, we analyze it to tell you about the health of yourself, your child, your pet or whatever it may be.

Waste360: Terracycle has partnered with organizations like Keep America Beautiful, Subaru and Tweed, among others. What other notable partnerships are in the works for the company?

Tom Szaky: Oh wow, yeah. We work with so many amazing brands and retailers across 21 markets. It’s hard for me to tell you about what is coming up because those will be formally announced as they come. 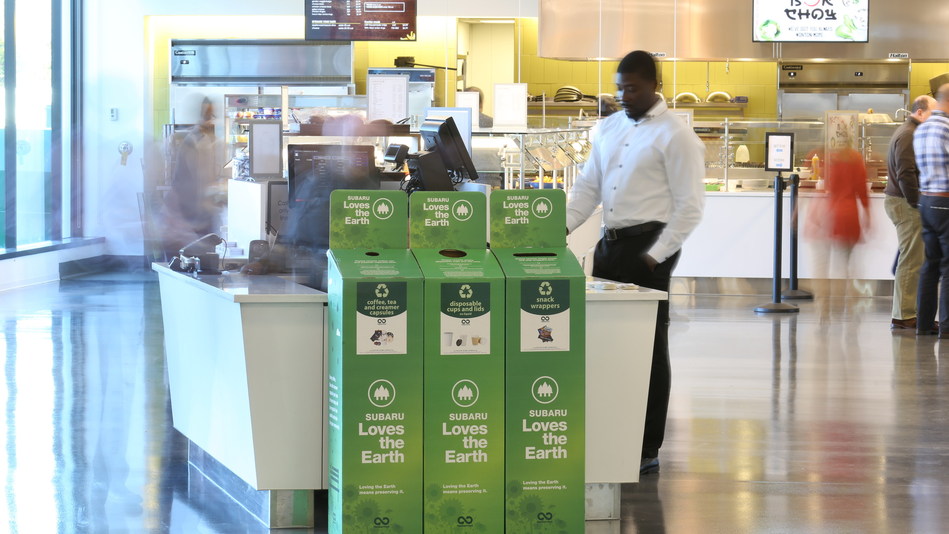 Waste360: You’ve authored four books, starred in a TerraCycle reality show and have received more than 200 social, environmental and business awards. What’s next for you personally and for TerraCycle?

Tom Szaky: Personally, I am going to write another book. It will be the fifth book, most likely on marketing and communications. I am really enjoying my family now. I have two young boys—a 4 year old and 2 year old—so I am spending a lot of time with them.

For the company, we are becoming more mature. We acquired a light bulb recycling company last year, and we are looking to start another acquisition this year and finish it next year. We are also looking toward expanding into more countries. I think that is very likely with our foundation that we’ve opened in Thailand and our for-profit we will be opening in Southeast Asian region countries, like Indonesia and Malaysia. We are looking at developing other business units, like how do we bring this idea of really high-end waste management and recycling to residential homes and small businesses? We are really trying to think through how to increase the geography but really increase the range of all the capabilities that we can bring.

Waste360: What advice would you give people who are either reluctant to join the waste and recycling industry or those just getting their feet wet in the industry?

Tom Szaky: I would say it’s an incredible opportunity right now and people are really focused on [waste and recycling]. We are in the middle of a garbage crisis. But because people are repulsed by waste, there is little innovation, so there is a great opportunity for an entrepreneur to get involved because it is very easy to innovate when there is very little innovation going on.

Waste360: What keeps you motivated in your daily work?