A Story of the Solid Waste Industry, Inclusion and Environmental Justice 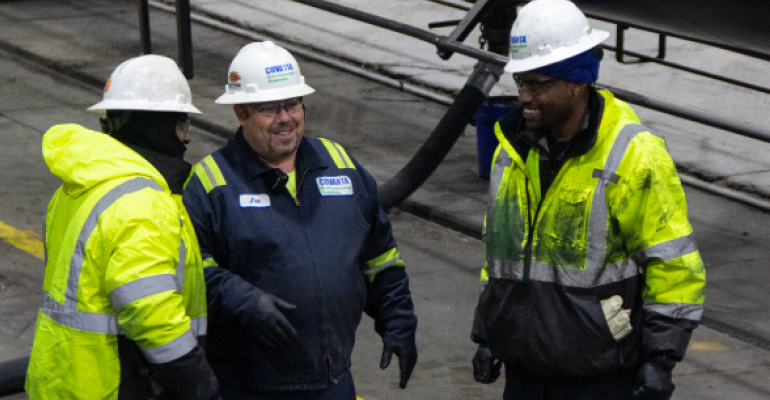 Since the May 25 killing of George Floyd by a Minneapolis police officer, the social media floodgates have swung open, with almost every industry sector tweeting, posting to their websites, and/or emailing their stakeholders with a common-themed message: They stand united to end racism. As protestors gathered around the country, waste industry leaders swiftly became among those who circulated prepared statements. (See here)

We reached out to six large and midsized waste companies to ask more candidly about disparities within this sector; what they do in their companies to advance inclusion; and what reform they believe has yet to happen, industrywide. Five of them declined comment or did not respond to multiple requests.

But we bring to you what we could get; it comes from Covanta Diversity and Inclusion Program Lead Trenae Forman. And it comes from a leader pushing for extended producer responsibility, as well as for what has become known as “environmental justice”: National Stewardship Action Council’s executive eirector Heidi Sanborn. 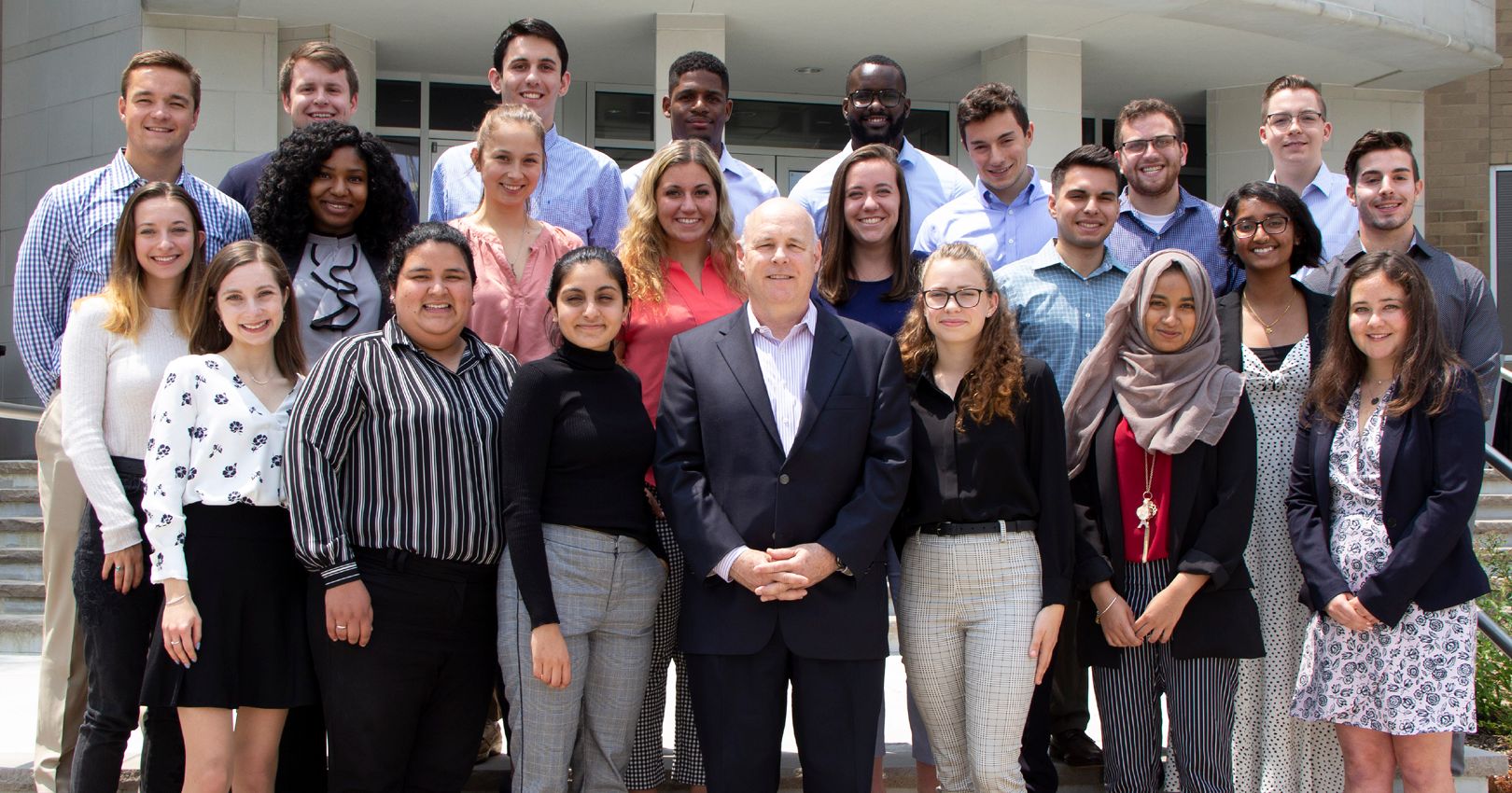 We also dug elsewhere to add perspective on the deep and controversial issues of disparity and inclusion in the solid waste world.

Covanta set goals a few years ago to increase diversity and inclusion in the workforce. Then in 2019 the company added a new goal component, laid out in its sustainability report, specifically to increase representation of minorities in leadership roles. Management has been tracking outcomes.

Since its early efforts, the share of women and underrepresented groups in management reached 14 percent and 22 percent respectively in October 2019. Those efforts included establishing a Diversity and Inclusion (D&I) Leadership council that discusses advancement-related strategies and also provides a voice to ensure diversity and inclusion programs are successfully incorporated through all areas of business.

Then Covanta formed several Employee Resource groups. They are employee led and represent different demographics. Their role is to create inclusion programs to support and help advance each of their respective demographics.

“We have also focused on creating more structure to support the Employee Resource groups and D&I Council to make sure their activities are tied to Covanta’s diversity mission.

For example, we formally connected these groups and the recruiting team, leveraging the groups for campus and professional recruiting events,” says Forman. “They represent the specific demographics and it helps to have them at the table, as they can share their unique experiences and perspectives with candidates,” says Forman.

Covanta plans to create additional employee groups but has to think about how to do this.

“Given the recent news about the racial unrest, we are taking a step back to ask ourselves if we have the right groups in place to make sure our employees are feeling valued and heard,”says Forman.

Covanta has also run diversity awareness workshops for a few years and will soon pilot another installment focused on mitigating bias.

“We know that training and fostering inclusive workshops alone are not effective in mitigating bias. So, we are partnering with our Talent Acquisition, Talent Management, and Human Resources teams to ensure processes led by each of these groups is inclusive,” says Forman.

Covanta has even turned to technology to try and affect the work environment and landscape. It has adopted a virtual career event tool to target diversity organizations such as historically black colleges and women’s groups.

And it’s overhauling its applicant tracking system to more accurately analyze the diversity of its applicant pool and selection process. The data will provide insights so the company can adjust to meet goals.

Impacting change is about looking beyond your own walls, or so Covanta CEO Steve Jones believes. He joined a group: the CEO Action for Diversity & Inclusion, comprised of more than 850 CEOs that are trying to advance diversity in the workplace.

“It gives us the ability to learn from our peers and to collaborate and leverage best practices,” says Forman.

About a week ago, The National Stewardship Action Council sent out a message: it wanted black, indigenous, and people of color to join its board. The query reached more than 5,000 people between NSAC’s listserv, other industry listservs and social media.

“We want to make sure our board and all companies and boards in our industry reflect the full diversity of this country, and we have some work to do to get there!” attests Sanborn.

“The timing of the protests happened to be around when we were recruiting for new board members anyway, and we wanted to make it clear we are hoping to expand our diversity in our latest board appointments,” she says.

What has been called social justice, and sometimes racial justice, has historically been a front and center focus for the environmental organization.

“We will bring more support to our efforts if people understand the inherently strong link between reducing waste and creating green recycling jobs with helping people who have been traditionally marginalized.  [to do this] we need to help put BIPOC in the decisionmaker’s seat,” says Sanborn.

Other environmental advocates talk of need for reform in areas that Sanborn calls out. And there is data to support their claims. Studies show that poor communities of color in particular are often targeted as sites for hazardous waste landfills, waste transfer stations, incinerators, and radioactive waste storage areas. This includes a 1983 U.S. Government Accountability Office study reporting that three-quarters of hazardous waste landfills in eight southeastern states were in primarily poor, African American and Latino communities. And including a 1987 report by the United Church of Christ's Commission for Racial Justice (CRJ) that concluded race was the largest factor in determining where toxic waste facilities were sited.

Some government reforms have transpired over the years, such as the launch of the U.S. Environmental Protection Agency’s (EPA) Office of Environmental Equity in the 1990’s. Later President Bill Clinton directed federal agencies to address high harmful impacts of their policies on low-income people and people of color.

Though in 2016, after reviewing EPA’s  compliance with its environmental justice obligations, the U.S. Commission on Civil Rights reported, “EPA continues to struggle to provide … substantive relief to communities of color impacted by pollution and that “EPA does not take action when faced with environmental justice concerns until forced to do so.”

Last week, Kate Bailey, policy & research director at Eco-Cycle, challenged the industry to think about opportunities for change in how people of color are treated whether at work or elsewhere. (See here)

“We must seek to unravel and understand how racism and oppression are embedded in our industry, in the social and environmental impacts of the materials we handle, in our hauling and facility operations, in our personnel management and working relations, in how we manage and make decisions, and in the internal and external policies we support,” says Bailey.

She goes on to compare the “tremendous” goals to end racism and injustice to zero waste goals. “There is much work to be done. But it is good work, and it is the right work, and we can stand in solidarity together.”